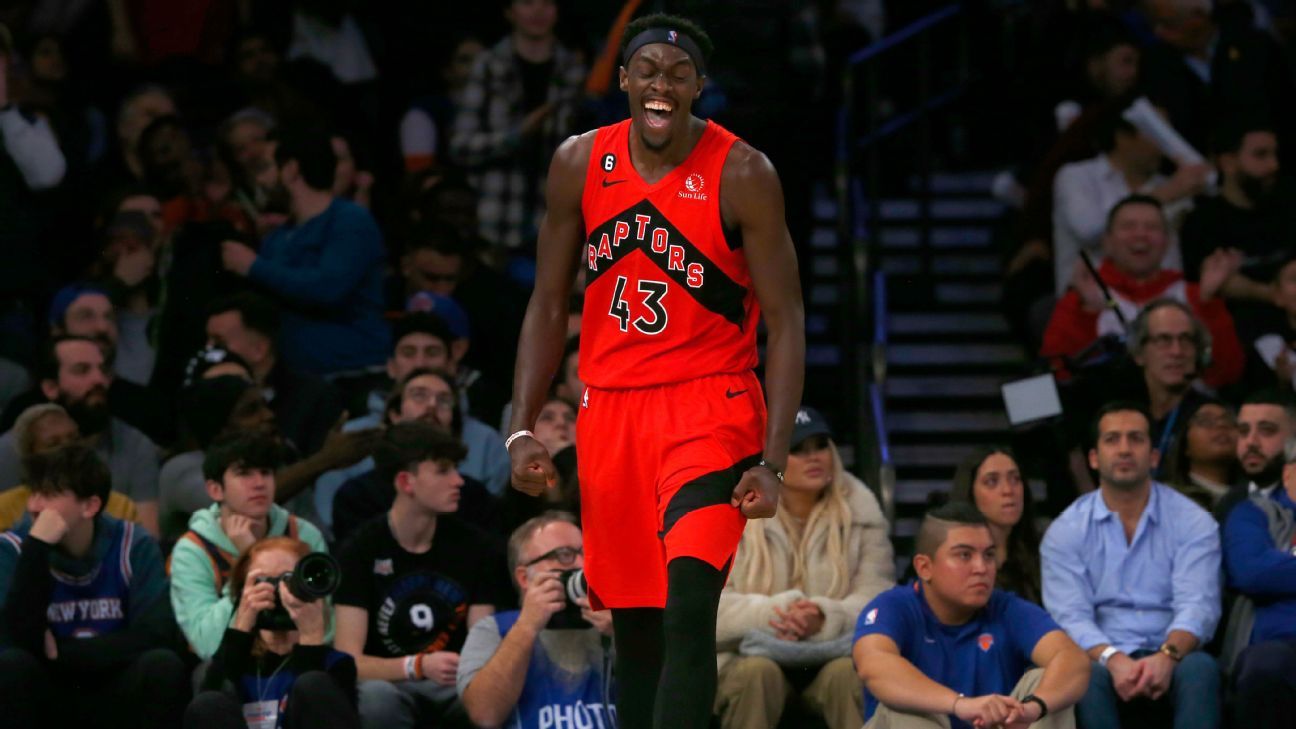 Siakam added nine rebounds and seven assists in 41 minutes as Toronto snapped its six-game skid. Fred VanVleet scored 28 points and OG Anunoby had 15 as the Raptors won for the fourth time in 16 road games. It was their first win away from home since Nov. 14.

“We just wanted to get a win,” Siakam said. “For us, it just felt good to get a win, and the most important thing is to build on it.”

RJ Barrett scored 30 points and Julius Randle finished with 30 points and had 13 rebounds. Immanuel Quickley added 20 points on 7-for-10 shooting in his first start of the season.

“I thought Quickley played a really solid game,” Knicks coach Tom Thibodeau said. “The way he’s shooting the ball, we knew that would come around for him. He’s not hesitating. He’s letting it go.”

“It was tough and not unlike a lot of the games we’ve been in here lately,” Toronto coach Nick Nurse said. “We could’ve folded up a couple of times in the second half and kept answering back.”

VanVleet specifically picked up the slack for Toronto, hitting two 3-pointers and scoring 10 points in the fourth quarter. Toronto closed the game on a 12-5 run.

The Knicks had allowed an average of 98 points during their win streak, but they had no answer for Siakam, who nearly matched his career high (44 points, done three times) by scoring 43 in three quarters. Siakam had 34 points total in the second and third quarters, including Toronto’s final 17 points over a seven-minute span in the third.

Most Points In Raptors Franchise History

Siakam’s 52 points — tied for the second most in a game in Raptors history — was the most by an opposing player at Madison Square Garden since James Harden had 61 in 2019. Siakam was coming off a 38-point performance in a 104-101 loss to the Philadelphia 76ers at home on Monday; he is the first player in Raptors history to average 45 points over a two-game span.

“I didn’t think he was that involved in the game offensively, and then he got super-involved,” Nurse said of Anunoby. “He just started making some big drives and some strong finishes.”

But New York took the lead with a 13-2 run that was keyed by Quickley’s two 3-pointers.

ESPN Stats & Information and The Associated Press contributed to this report.