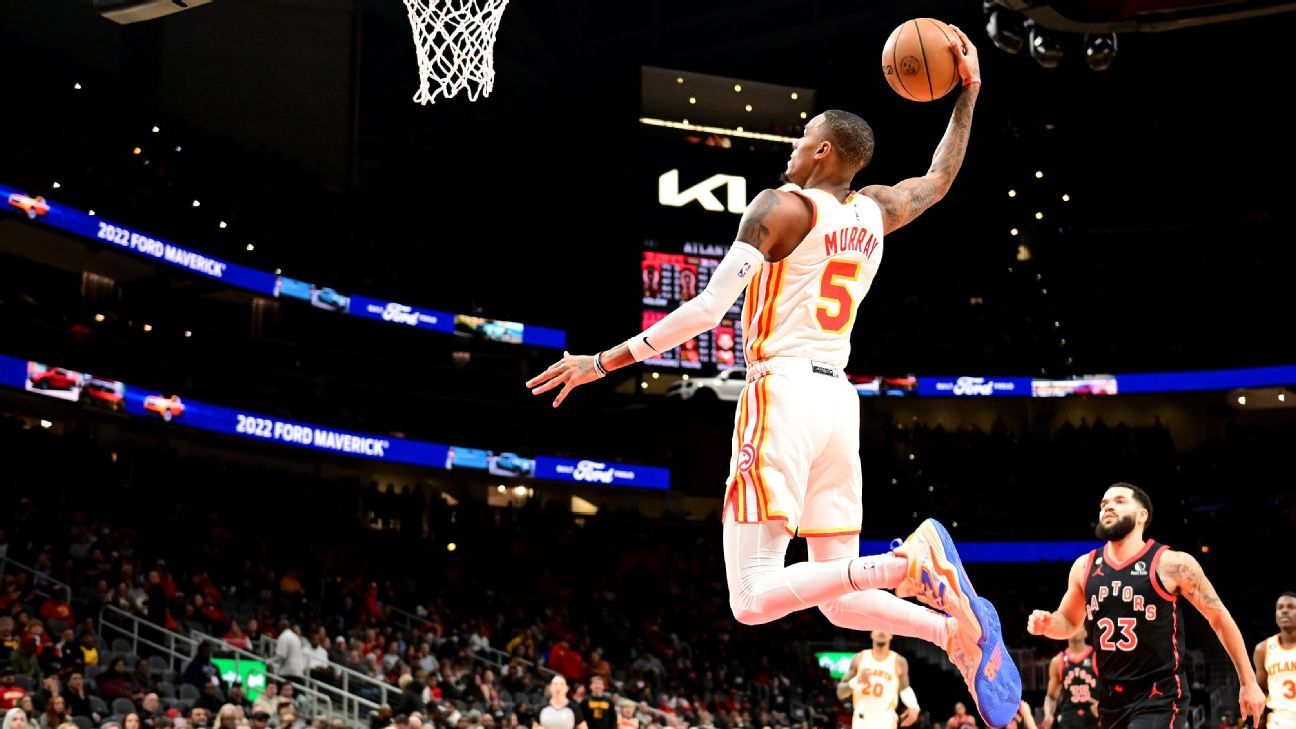 ATLANTA — Hawks guard Dejounte Murray is expected to miss about two weeks because of a sprained left ankle, the third Atlanta starter to go down with an injury in the past week.

Murray was hurt Wednesday night early in the first quarter of a 113-89 loss to the New York Knicks.

The Hawks announced his prognosis after he underwent an MRI in New York on Thursday.

The Hawks have lost five of seven games.