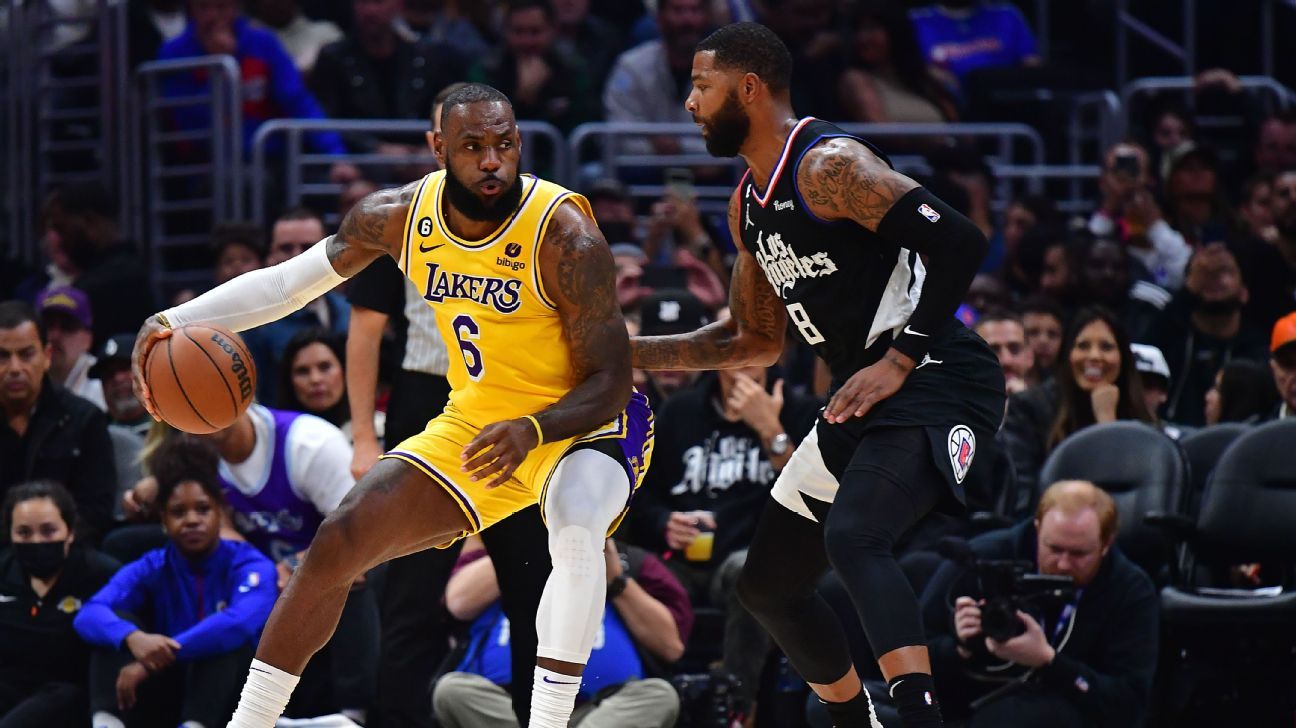 LOS ANGELES — Lakers star LeBron James left Wednesday’s 114-101 loss to the Clippers midway through the fourth quarter and did not return.

James limped off the court with 5:41 remaining in the fourth quarter and was grabbing his groin area. The team said he was dealing with left leg soreness.

Coach Darvin Ham said the Lakers won’t know the severity of James’ injury until he is seen by team doctors on Thursday. Ham said James has leg discomfort but declined to elaborate.

James suffered a tear in his left groin during the 2018-19 season — his first in L.A. — that caused him to miss 17 straight games from late December to late January.

The injury marred a strong performance from the 20-year veteran. James had 30 points on 12-for-22 shooting, 8 rebounds, 5 assists and 2 steals in 32 minutes against the Clippers.

Green calls tech ‘crazy’; Steph gets one in support
The Whiteboard 1-on-1 NBA Power Rankings: The best bucket-getters
Sources: Bucks’ Middleton to return on Friday
Nikola Mirotic: From the NBA to Serbian sheep cheesemaker
NBA Power Rankings: Celtics and Suns surging into December