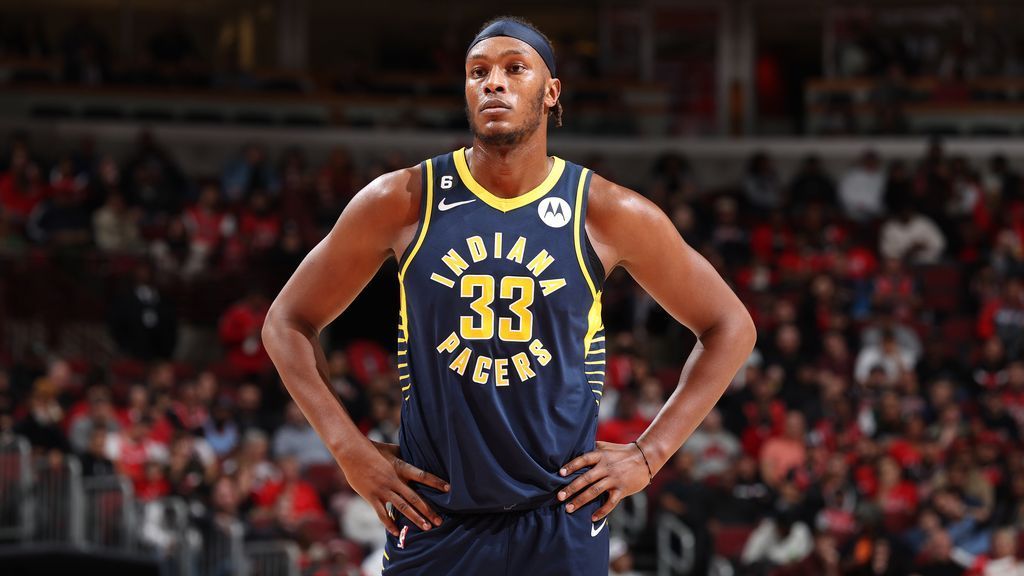 Although the Los Angeles Lakers and Indiana Pacers stepped away from trade talks shortly before training camp that involved Russell Westbrook and draft capital going to Indiana for Myles Turner and Buddy Hield, the Pacers center says it’s a deal that could be worth revisiting.

“If I’m the Lakers, I take a very hard look at this with the position that you’re in,” Turner said, responding to a question about the potential swap as a guest on ESPN’s “The Woj Pod” with Adrian Wojnarowski. “I know what I can provide for a team — my leadership, my shot-blocking, my 3-point ability and just my ability to make plays out there on the floor.

“And I take a very long look at it. But as far as pulling the trigger, I get paid to shoot. I’m not paid to make these calls, so I couldn’t answer that.”

Should the Lakers give up the two picks? Full audio of Pacers center Myles Turner on The Woj Pod: https://t.co/yP00bwvnMZ pic.twitter.com/GZvSg9BLyp

The Lakers have been reluctant to include both their future first-round picks in 2027 and 2029 to upgrade the current roster with the hope of putting LeBron James and Anthony Davis back in position to contend for a championship.

“We all know picks are so valuable in this league, and someone like myself, I’m heading into the last year of my deal and you want to make sure you’re getting a return for your assets,” Turner added.

Turner, a 26-year-old center in his eighth season with Indiana, has career averages of 12.7 points, 6.7 rebounds and 2.3 blocks per game, while shooting 34.9% from 3. Hield, a former client of Lakers vice president of basketball operations and general manager Rob Pelinka during Pelinka’s days as a player agent, has connected on 43% of his outside shots in seven seasons with New Orleans, Sacramento and Indiana.

Even with a 13-for-30 showing from the outside in their first win of the season on Sunday, the Lakers still rank dead last in the league in 3-point shooting at 26.6% as a team. And with only role players available to play center, Damian Jones and Wenyen Gabriel, Davis has been tasked to play the starting 5, even though he is battling lower back pain and has historically preferred the 4.

Wojnarowski reported earlier this month that the Lakers plan to reassess the roster after approximately 20 games and could look to reengage in trade talks around Thanksgiving.

Turner, who has played his entire career in small-market Indianapolis, said joining a marquee team like the Lakers would be appealing.

“I think that another aspect that is [appealing is] playing with greatness and playing under LeBron. I feel like he demands a certain level of excellency, especially at this point of his career. It’s just one of those things; when you are out there, you got to perform. People are going to expect you to go out there and hold on to that legacy that the Lakers have built over the years.”