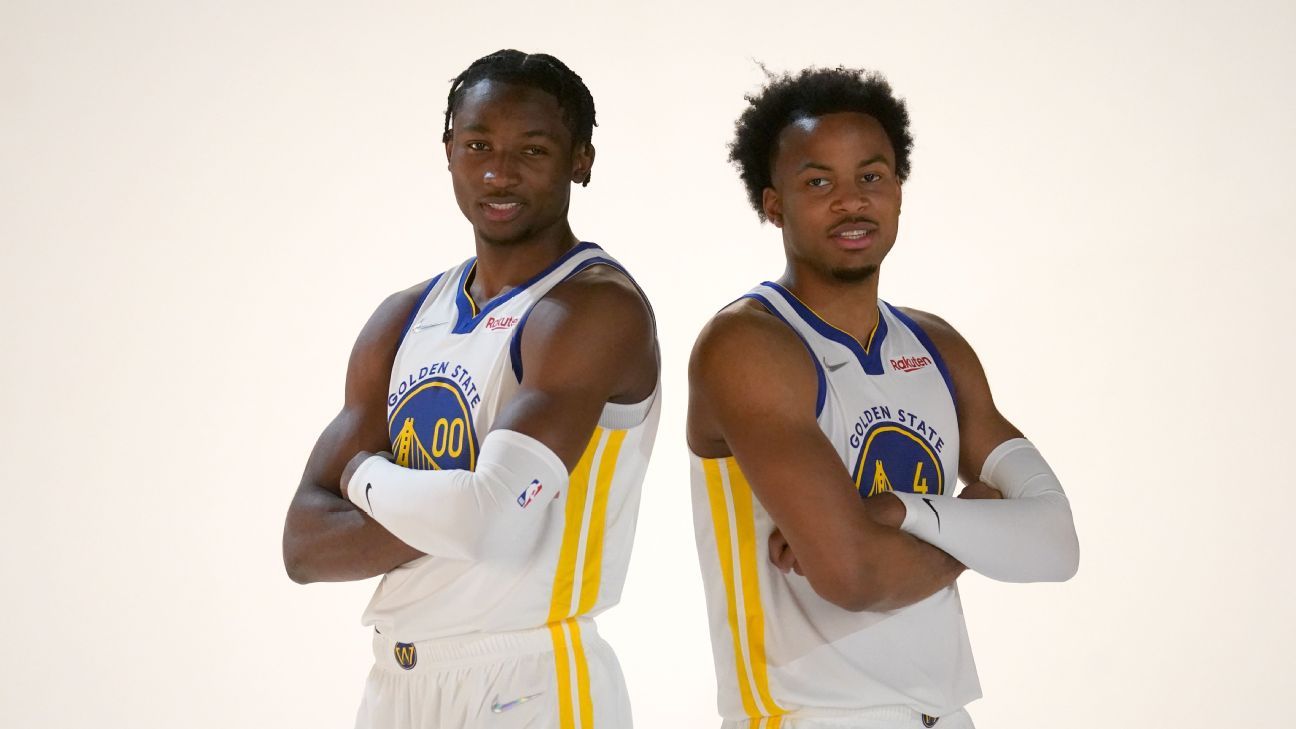 The Golden State Warriors have picked up the fourth-year option for center James Wiseman and third-year options for forward Jonathan Kuminga and guard Moses Moody ahead of Monday’s deadline, sources confirmed to ESPN.

Wiseman’s option is $12.1 million, while Kuminga’s and Moody’s are $6 million and $3.9 million, respectively. The trio is now under contract with the Warriors until the end of the 2023-24 season, but Wiseman will be extension-eligible next summer and could be a restricted free agent in 2024.

Wiseman, Kuminga and Moody have all been key figures in Golden State’s two-pronged plan to win now with its championship core, while also investing in who the Warriors believe will extend their title window.

Wiseman, drafted by the Warriors with No. 2 overall pick in 2020, played 39 games his rookie season before being sidelined with a meniscus injury — an injury that also held him out all of last year as he faced numerous setbacks.

Golden State is trying not to be overly ambitious with Wiseman’s role in what they hope to be his first complete season, telling ESPN it wants him to focus on the fundamentals and be a solid backup to center Kevon Looney. Through the first seven games of the season, Wiseman is averaging 8.7 points and 4.4 rebounds in 14.6 minutes.

Moody has also been a steady presence in the Warriors’ second unit so far this season, averaging 6.4 points and 2.4 rebounds in 17.0 minutes per game in his first seven appearances. When he was drafted with the No. 14 pick in 2021, Moody was labeled more “NBA-ready” than his draft classmate Kuminga, whom the Warriors selected with the No. 7 pick.

So far, Kuminga has struggled to crack the rotation. Coach Steve Kerr says it’s in part because of the depth Golden State has and finding him the right opportunities. Kuminga is averaging 10 minutes through six games, as he was a DNP against the Miami Heat last week, something Kerr admitted Kuminga wasn’t happy about.

But the Warriors see Kuminga as a high-upside player with raw talent and athleticism that isn’t matched by anyone on the team.

The Athletic was first to report the options being picked up by the Warriors.

The Clippers are committed to the Kawhi experience — for better or worse
Jerami Grant scores 44, makes history in Madison Square Garden
Westbrook, Hield, Turner: Five questions to answer before the proposed Lakers-Pacers trade
Hornets’ Hayward has shoulder fracture, per agent
5 moves the Los Angeles Lakers can make to turn season around