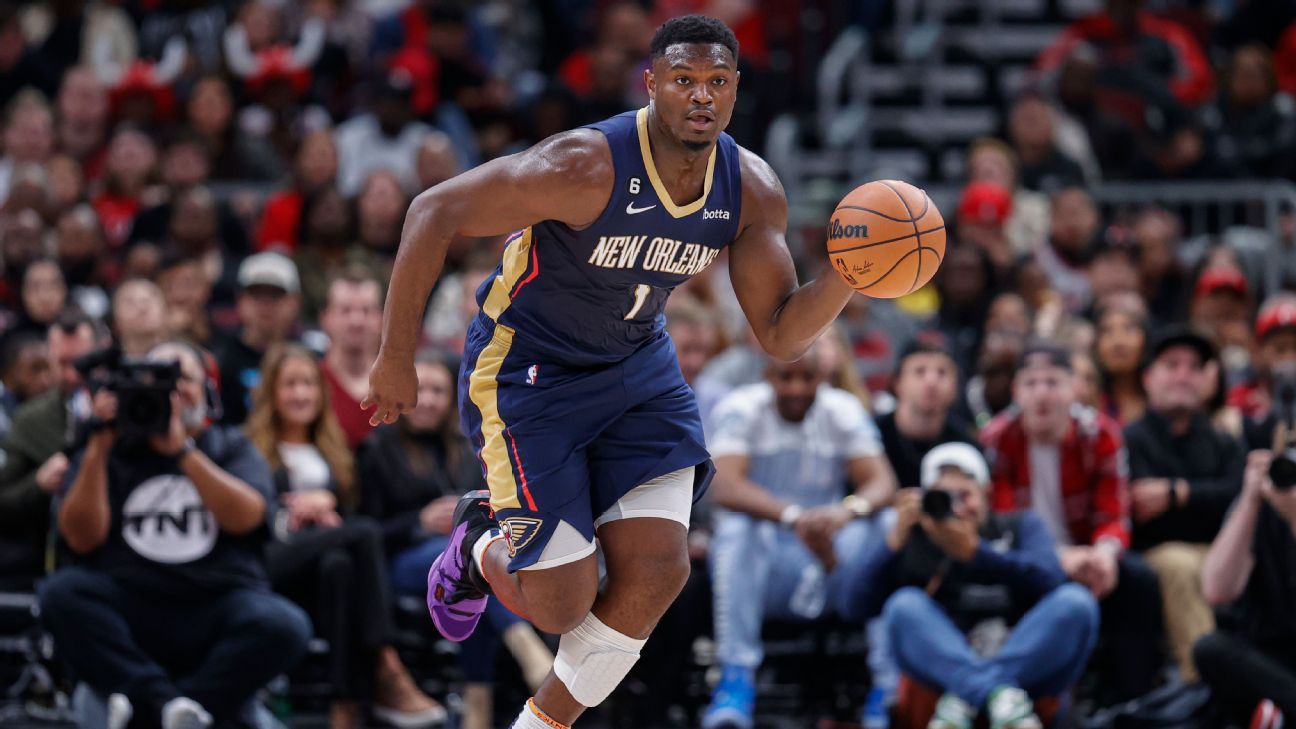 It’s why when he left Wednesday night’s 120-103 preseason loss to the Miami Heat with left ankle soreness, he knew what to expect on social media before he even looked at his phone.

“Twitter already did its thing,” Williamson said jokingly. “They are the doctors apparently.”

It was easy for Williamson to joke since he avoided a serious injury. Both Williamson and Pelicans coach Willie Green said they expect the 22-year-old to be day-to-day moving forward. He was removed from Wednesday’s game for precautionary reasons.

Green said the team does not expect Williamson to miss an extended period of time.

Williamson rolled his ankle with 9:30 left in the second quarter on a drive to the basket. When he planted his left foot trying to get into the lane around Heat center Dewayne Dedmon, Williamson tweaked the ankle.

He continued to play for almost another three minutes before checking out for good with 6:42 left in the second quarter.

Williamson had 11 points on 3-of-7 shooting while going 5-of-6 from the line in just under 11 minutes of work. He added four assists and two rebounds.

“It was one of those things where it happened and I popped back up, like, ‘Yeah, I’m straight,'” Williamson said. “Played a few minutes after that, it felt fine. Then they sent me to the back just to double check. We wanted to look at it, had a doc look at it, and he just said a little day-to-day soreness. And, but outside of that, I personally feel fine. Wasn’t bad news from the docs.”

The Pelicans finish the preseason on Friday in Birmingham, Alabama, against the Atlanta Hawks. They tip off the regular season on Oct. 19 in Brooklyn against the Nets.

Asked whether he gets the uproar surrounding his injuries, Williamson, who played in 85 games over his first two seasons before missing last year with a broken right foot, said it takes him back to the Notorious B.I.G. album “Ready to Die.” Williamson said the album “changed his life” and helped him focus throughout his rehab last season.

The Pelicans were hopeful to have their projected starting lineup in action Friday, as the group hasn’t played together yet this preseason. Brandon Ingram has yet to make his preseason debut because of left fifth toe soreness, while CJ McCollum played in just his second game of the preseason on Wednesday.

Prior to Wednesday’s game, Ingram told ESPN that he “felt good” and was making progressions in his rehab process to put him in a position to play against the Hawks.