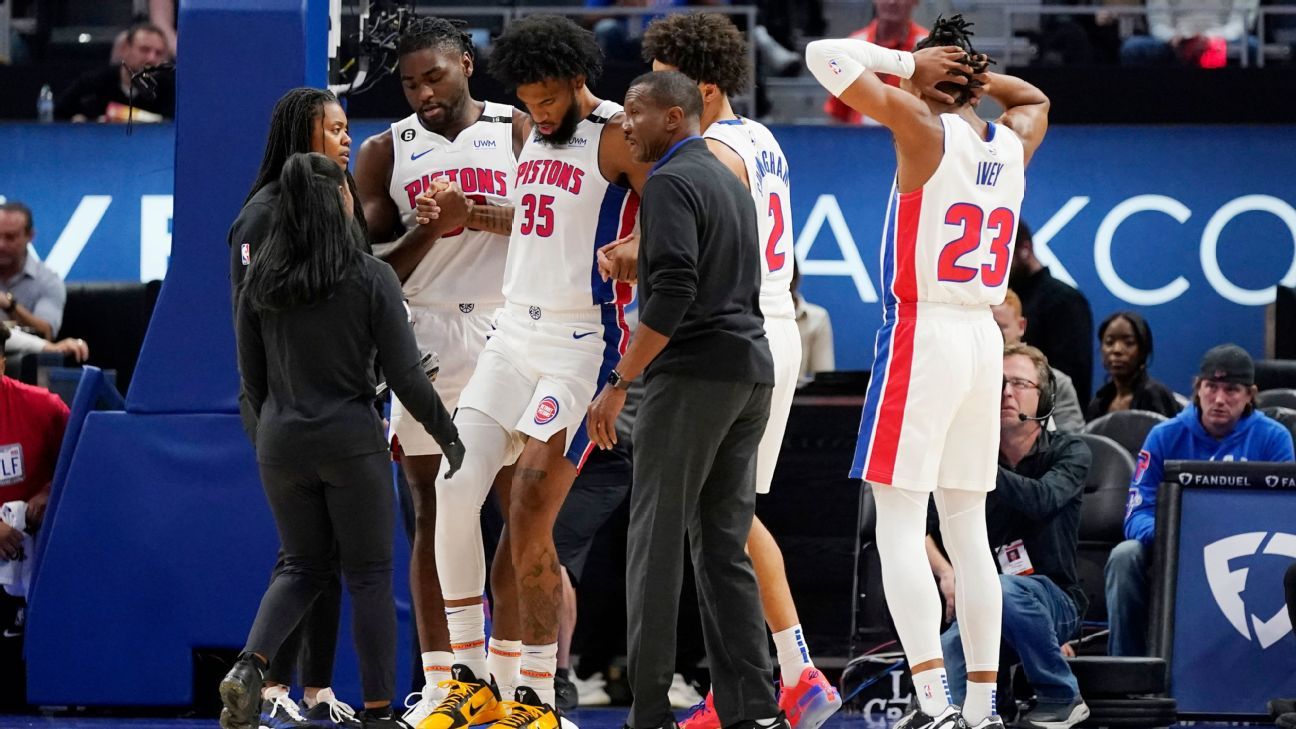 Detroit Pistons forward Marvin Bagley III is expected to miss three to four weeks after suffering a bone bruise and sprained medial collateral ligament in his right knee, it was announced Wednesday.

Bagley, who needed help to leave the court in the first minute of Tuesday night’s preseason loss to the Oklahoma City Thunder, underwent imaging on Wednesday in Detroit. He seemed to slip in the lane defending a fast break and went down, immediately grabbing his knee.

Bagley, 23, who signed a three-year contract with the Pistons this summer, will rest the knee before beginning the rehabilitation process.

Bagley averaged 11.3 points and 7.0 rebounds after being traded to the Pistons at the trade deadline after three-plus seasons with the Sacramento Kings.

Kevin Durant breaks a Michael Jordan scoring record
Ham: Lakers’ late collapse vs. Pacers ‘on me’
The Whiteboard: 3 NBA trade ideas worth arguing about
Sources: Calf strain to sideline KAT for 4-6 weeks
3 moves the Golden State Warriors can make to turn their season around