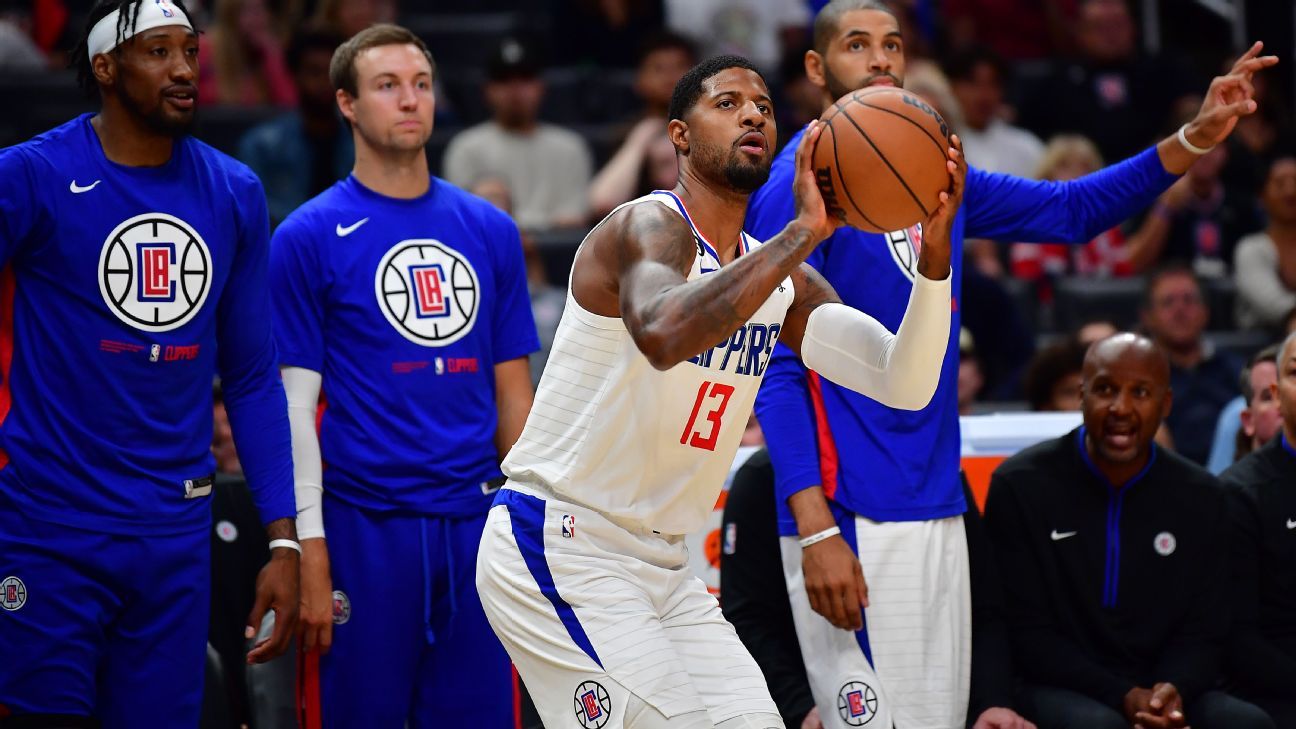 LOS ANGELES — Paul George set aside any ego and made it clear that Kawhi Leonard is the LA Clippers‘ No. 1 option and that he is the second star in the All-Star duo’s pecking order.

As they enter their fourth season together with championship expectations, George was asked if there are any past championship wing tandems that he and Leonard can use as a potential blueprint.

“Yeah, look at the [Miami Heat] wing-wing DWade [Dwyane Wade] and LeBron [James],” George said Sunday following the Clippers’ 119-117 preseason loss to the Minnesota Timberwolves at Crypto.com Arena. “I think it just comes down to — listen, Kawhi is the No. 1. And I am totally fine with that. I think I try to complement him with being able to take the load off of him.

This is a pivotal season for Leonard and George, who are looking to make their first trip to the NBA Finals together since teaming up on the Clippers in the summer of 2019.

Leonard, describing how he and George have grown together as leaders and in their dynamic as a duo, pointed to their “genuine relationship.”

“We’re both unselfish,” Leonard said. “My 12th year, his 13th year … we’ve been through this before, so I feel like just having those years under our belt and, obviously, like I said, we have a genuine relationship, and it just carries over [into how we lead].”

The Clippers’ season opener against the Los Angeles Lakers on Oct. 20 will be the their first meaningful game together since Leonard tore his right ACL in Game 4 of Los Angeles’ second-round playoff series against the Utah Jazz on June 14, 2021. George picked up the load and led the Clippers to their first-ever Western Conference finals appearance that postseason without Leonard.

With Leonard missing the entirety of the 2021-22 campaign, George, 32, carried the Clippers until he suffered an elbow injury to his shooting arm that kept him out for three months. George came back late in the regular season but missed the Clippers’ second and final play-in game due to COVID-19.

Since teaming up in L.A., George and Leonard have played in a total of 104 regular-season and postseason games together. Now the two are back sharing the court, with George having been the Clippers’ top scoring option since June 2021. And George said he is perfectly fine with Leonard returning to the role of first option.

“I believe in my talent and what I can do,” George said. “And I believe on any night of what I am capable of. But I feel my job is to make everybody better. That is what I try to do when I am on the floor, just make the game easy for everybody, whether it is creating or just being aggressive … and making reads off of that.

“I think we will go a long ways if everybody just knows their role and what we bring to the table. Everything else is easy; we just roll the ball out, and we get after it.”

George and other teammates said Leonard has shown a joy in being back after spending the past 13 to 14 months bulking up and strengthening his knee. Clippers coach Ty Lue said his reserved star has even opened up more.

“I mean, I missed a whole year missing basketball,” Leonard said. “I went down in one of the worst ways, in a playoff run. Just don’t wanna take anything for granted and just trying to live in that moment and bring a sense of energy for the team.”

“I’m young still,” Leonard, 31, added. “So any chance you get that taken away from you and you don’t feel like you’re done … You just miss it, you know what I mean?”