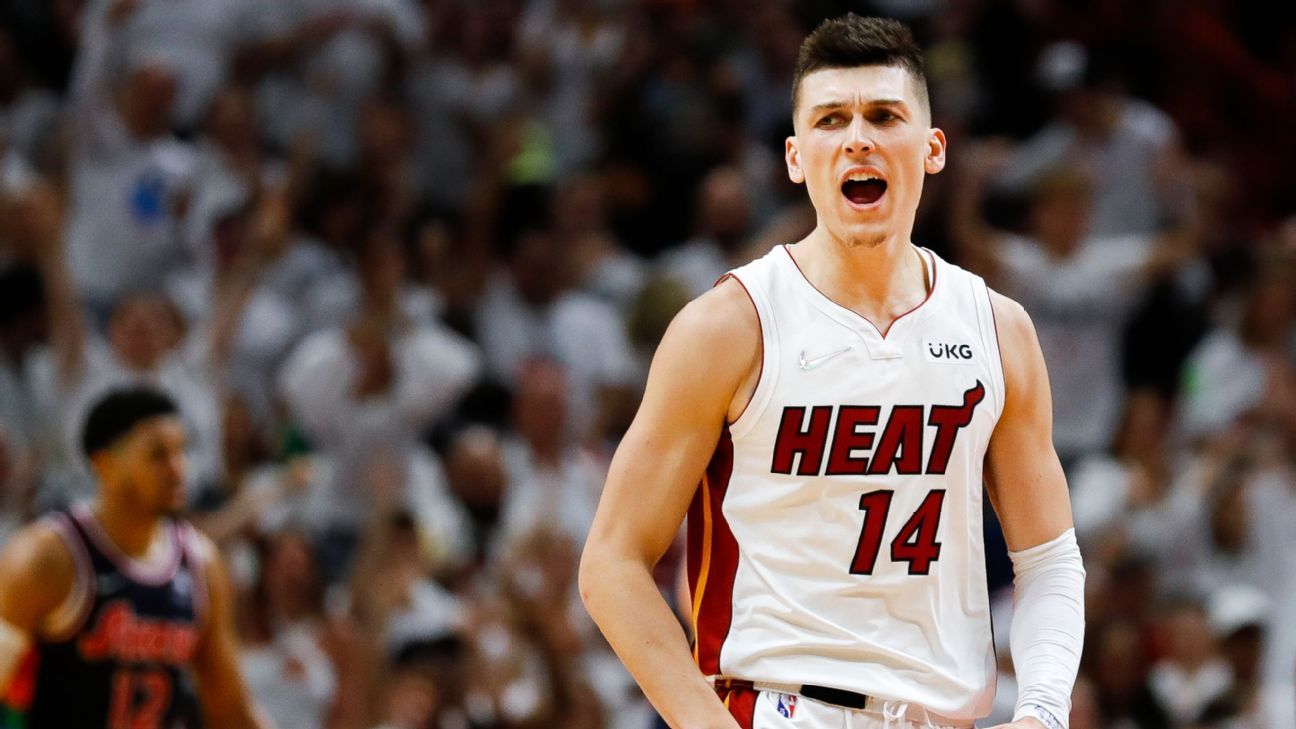 After averaging 20.7 points a season ago, Herro, 22, lands an annual salary worth over $30 million for his rookie scale extension ahead of the Oct. 17 deadline for members of the 2019 NBA draft class.

The deal includes $120 million guaranteed with incentives that can bring the contract to a full $130 million, sources said.

Herro is a cornerstone player for the Heat’s championship aspirations, joining Bam Adebayo and Jimmy Butler as $100 million-plus players on the Heat’s roster. Herro had eight 30-point games off the bench for the Heat last season, the most in a season for any player since Lou Williams in 2018-2019, according to ESPN Stats & Information research.

Herro and Utah‘s Jordan Clarkson were the only players last season to score 1,000 points or more off the bench last season.

As a second-team All-NBA rookie in 2020, Herro had a memorable stretch in the NBA bubble during the Heat’s run to the Eastern Conference championship, scoring 335 points, fourth most by a rookie in the postseason, according to ESPN Stats & Information research.

Anthony Davis injury sounds the alarms for Lakers with tough look-ahead
The Whiteboard: Inner circle NBA contenders are separating
The Whiteboard 1-on-1 NBA Power Rankings: The best bucket-getters
Will the Indiana Pacers be buyers or sellers at the NBA trade deadline?
Gordon Hayward’s wife provides injury update, forward out indefinitely