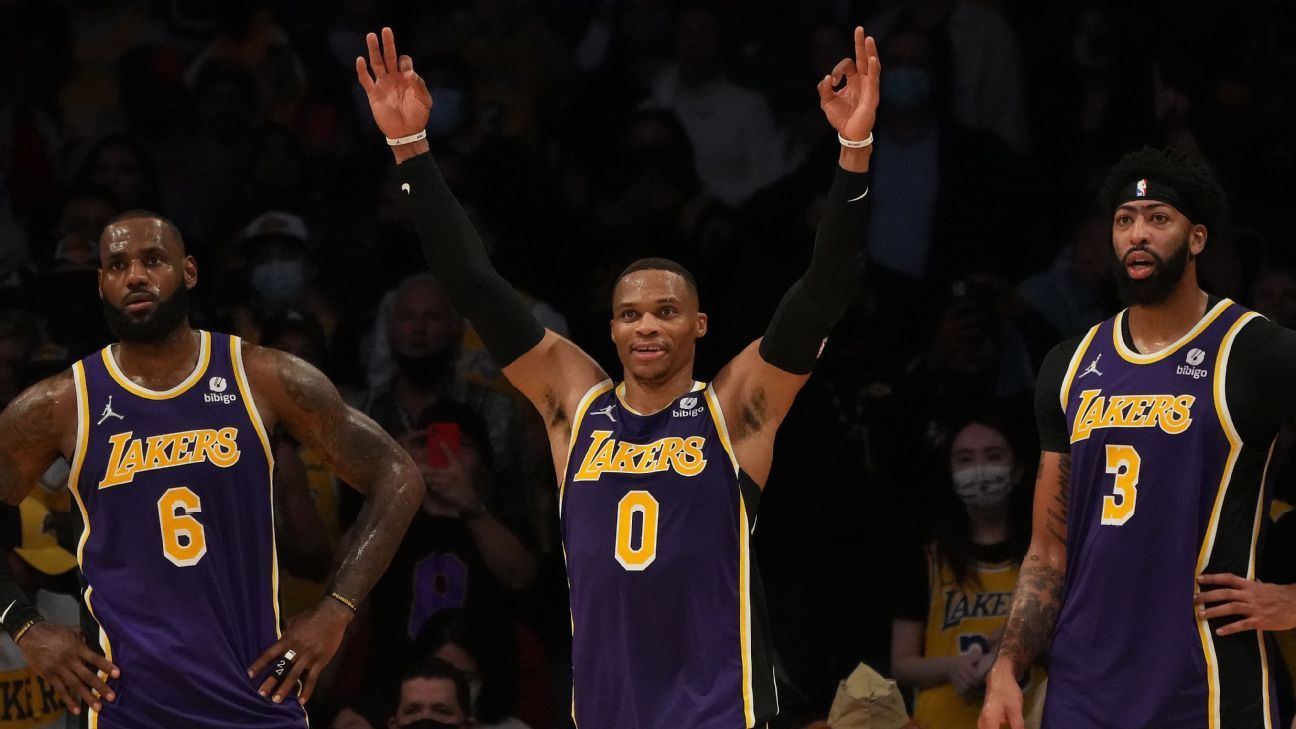 EL SEGUNDO, Calif. — With the Los Angeles Lakers‘ preseason debut fast approaching, the first signs of new coach Darvin Ham’s impact on the team are beginning to reveal themselves.

And, after L.A. went 0-6 in the preseason last year, with James only appearing in three of those games, we’ll see more of the Lakers star on the court in the ramp up to the regular season.

“Last year was last year,” James said after practice. “That’s over and done with. It’s about how much work we can put in on a day-to-day basis this year and get better. That’s all that matters.”

Nunn’s inclusion in the first unit illustrates just how much difference a year makes, as the 27-year old missed all of last season with a bone bruise in his right knee. He appears ready to contribute the way that the Lakers planned for. L.A. committed its entire taxpayer’s midlevel exception to sign Nunn in the summer of 2021 as its marquee free agent, filling out the rest of the roster with veteran minimum deals.

“Kendrick today was killing,” said guard Austin Reaves on Friday. “I don’t think he missed a shot all day.”

Ham said Nunn impressed him during his workout sessions during the offseason and it’s only continued in camp.

“It’s almost like he’s a new player, he’s a free agent for us,” Ham said. “So, I told him he’s going to be a big part of what I’m trying to do and he’s embraced it and you can tell by his play thus far.”

Jones, who played with L.A. in 2020-21 on a series of 10-day contracts, gives the Lakers a new look at center after James, Davis, DeAndre Jordan and Dwight Howard occupied the position last season.

“Damian is just a really young, athletic big,” Ham said of the 6-11 Jones. “He runs like a deer. He can jump to the ceiling. Really defensive-minded. Tries to protect the rim. Sets good screens. Rolls hard. Creating a constant threat at the rim. Again, being a presence in the paint defensively.”

Ham will surely tinker with the complimentary pieces around the Lakers’ franchise players to find the most impactful combination. None of it will work unless there is a comfort level established between the role players and James, who will control the action on offense as he always does.

As such, giving a little more burn to James in the exhibition slate — even if he is 37 and entering his 20th season — could be more beneficial than trying to preserve him for the long haul.

“We don’t want to go crazy, but we also what to have it be enough where we can establish a rhythm, can be in game mode with a good rhythm going into the regular season,” Ham said of James.

While seeing James play in all six games in the Lakers’ preseason slate is unlikely, the four-time champion and the team are making a course correction from last year’s approach when James only appeared in the Lakers’ third and sixth games on the preseason schedule. Exactly how much James will play, however, is still being figured out.