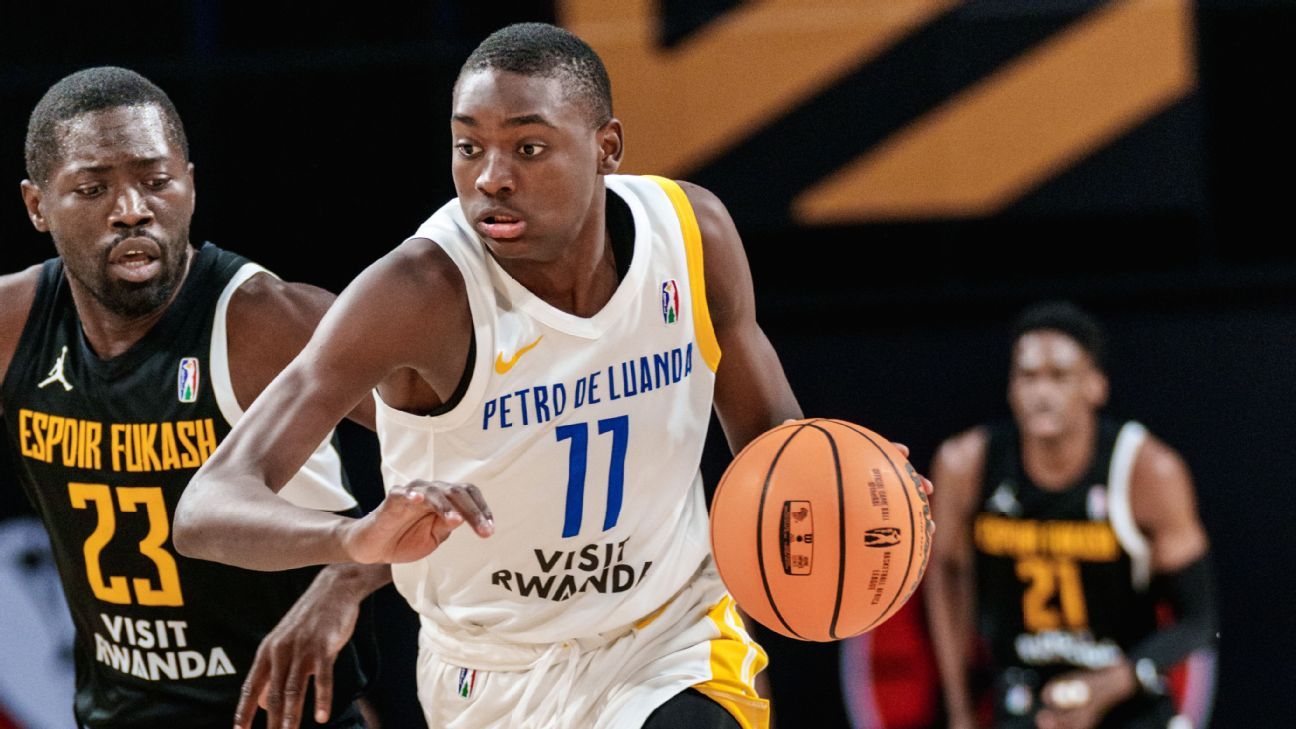 Thierry Serge Darlan (Central African Republic) and Jana El Alfy (Egypt) were the male and female MVPs respectively at the 2022 Basketball Without Borders (BWB) camp in Cairo, organised by the NBA and FIBA.

The pair from the NBA Academy are both on the radars of NCAA Division I colleges, but neither has committed to a university as of yet. Darlan recently visited Santa Clara University in California, while El Alfy has a wealth of options.

In total, there were 64 campers present at BWB Africa this week – all aged 18 or under and representing a total of 25 African countries. Golden State Warriors coach Steve Kerr was the headline staff attendee and selected El Alfy with his first pick at the BWB draft for what ended up being the winning girls’ team.

“I didn’t believe him at first, but it’s just an amazing feeling and I’m really happy to be here,” El Alfy told ESPN regarding the experience of being Kerr’s first pick.

“Being coached by Coach Steve Kerr is just incredible. I can’t express how I feel right now. It’s like a dream come true. I’m really proud to be part of the BWB camp and participate in that camp and get to play with other players from around Africa and compete with their physicality and everything like that. I’m actually honoured to be here.”

Her father, Ehab El Alfy, is the coach of the Egyptian women’s national team and a former player at Al Ahly. Naturally, after his daughter picked up the game from him, that was the club at which she furthered her basketball education, joining around the age of five.

Still on Ahly’s books today at 16, she has the privilege of being surrounded by players with experience of the US college system.

“I’ve taken advice from Meral [Abdelgawad], Raneem [Elgedawy] and Nadine Selaawi. I’ve actually taken [some] from everyone who has travelled to the US. They’re actually helping me a lot and giving me advice about what to focus on and look for [but] it’s all my decision,” she said.

Darlan, 18, has already represented the Central African Republic’s national team and played at the BAL for Petro de Luanda, where he won the respect of captain Carlos Morais, once of the Toronto Raptors.

“For us, we’ve got lucky because we have a nice guy, a nice kid. He knows how to take care of himself. He doesn’t talk much but he lifted the whole team. For us, it’s been amazing having a young player of such talent,” Morais told ESPN in April.

Darlan gave special thanks to Orlando Magic center Mo Bamba for his advice during the BWB camp, telling ESPN: “Mo Bamba told me that he played like me — he used to play freely.”

Other current NBA players who were present for the camp in Cairo from 28-31 August were Malcolm Brogdon and Grant Williams (both Boston Celtics) and Udoka Azubuike (Utah Jazz).

The camp MVPs were voted for by visiting NBA players, coaches and directors at the end of a busy week of basketball action at the Dr. Hassan Moustafa Sports Hall.