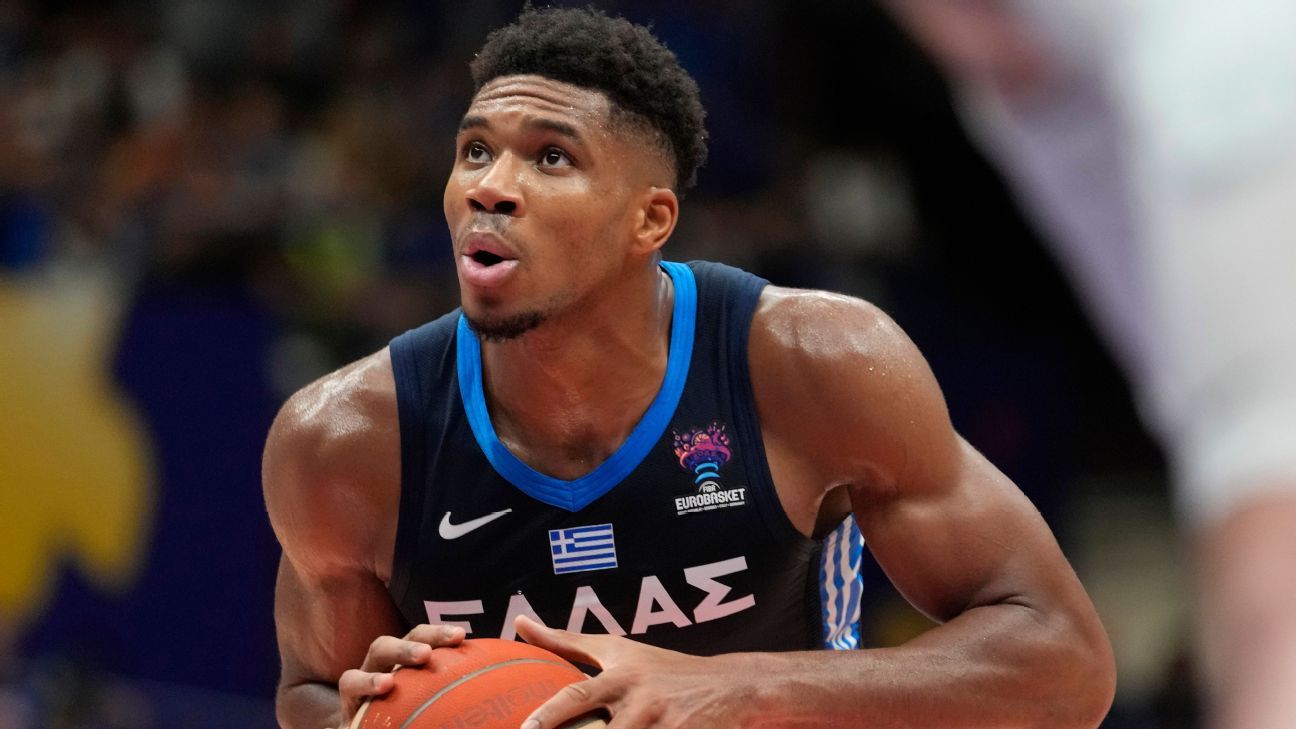 MILAN — Giannis Antetokounmpo simply took over with the game on the line.

And as usual, he did it on both ends of the floor.

Antetokounmpo scored 27 points and grabbed 11 rebounds while Tyler Dorsey also finished with 27 points as Greece held off Croatia 89-85 in the opening Group C game for both teams at the EuroBasket tournament Friday.

“Giannis, he did his job,” Croatia coach Damir Mulaomerovic said.

That he did, especially in the final moments.

Croatia had the ball trailing 84-82 with 57 seconds left when Ivica Zubac tried to score from down low. Antetokounmpo blocked that shot, then got a dunk on the ensuing Greece possession to push his team’s lead to four.

Jaleen Smith tried a 3-pointer with 10 seconds left to get Croatia within one, but Antetokounmpo blocked that as well — then got a three-point play the other way to clinch the game with 4.9 seconds remaining.

Smith had 23 points for Croatia, which got 19 from Bojan Bogdanovic, 18 from Krunoslav Simon, 11 from Zubac and 10 from Mario Hezonja. Croatia scored the game’s first seven points, then got outscored 40-14 on the way to falling behind by 19 before trying to rally.

Dario Saric, who hasn’t appeared in an NBA game since hurting his right knee in Game 1 of the 2021 NBA Finals for Phoenix, played for Croatia but missed all six of his shot attempts.

In other games Friday, Ukraine defeated Great Britain 90-61, Israel won 89-87 over Finland in OT and Poland beat the Czech Republic 99-84. Also, Serbia was victorious over the Netherlands, 100-76 and Italy easily defeated Estonia, 83-62.

All 24 teams in the tournament are in action Saturday.

Celts add No. 6 in parquet paint to honor Russell
Who is Joe Mazzulla? His journey to the NBA and what lies ahead for Boston
New NBA CBA could dramatically change the NBA Draft eligibility rules
Wolves’ Edwards fined for anti-gay comments
Sources: Udoka likely facing season-long ban