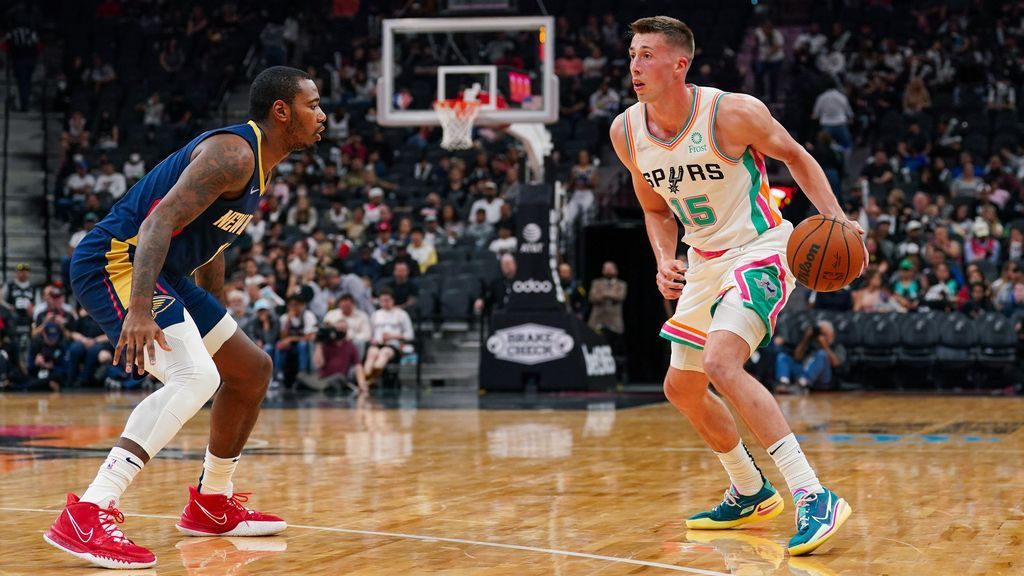 Wieskamp, who turns 23 on Tuesday, was a second-round draft pick in 2021 out of Iowa and split time between the G League and NBA during his rookie season.

In 15 games with the Austin Spurs, Wieskamp averaged 17.1 points per game and shot 36.8% on nearly 8 3-pointers per game. Wieskmap appeared in 22 games with the Spurs last season but played limited minutes.

Billed as a prolific 3-point shooter, Wieskamp rejoins a Spurs team angling for a rebuild after trading away All-Star guard Dejounte Murray earlier this offseason.

The Whiteboard: Who could pass Kyle Lowry as King of the Charge?
Ohio State AD shoots his shot with LeBron James after eligibility question
The Whiteboard: Previewing the race for the NBA’s worst record
Lakers’ Big 3 rolls out new mantra: ‘You get it, go’
Boston Celtics have found potential answer to Danilo Gallinari injury