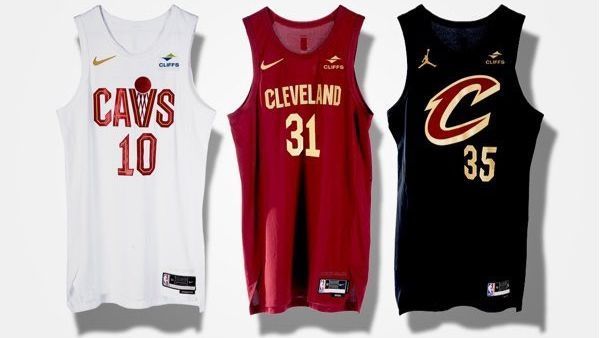 The 2022-23 NBA season might still be a ways off, but that doesn’t mean we can’t start mentally preparing by feasting our eyes upon some swoon-worthy new threads.

First introduced in 2016, the City Edition jerseys are updated each year. While some teams have stuck with the same design for multiple seasons, others continually switch it up. Or, if you’re the Utah Jazz, you do a little bit of both. At least one team (s/o Washington Wizards) coordinated with their MLB counterpart on the aesthetic.

In addition to the much ballyhooed City Edition looks, some teams, like the San Antonio Spurs, are throwing it back next season. Cue the Classic Edition jerseys, which pay homage to the franchise’s origins.

Here is a look at the latest uniform updates as they’re released by the teams.

The clean design in Cleveland

The Cleveland Cavaliers might have an advantage in the uniform game. In 2020, the team hired artist Daniel Arsham as creative director. Arsham is a contemporary artist who works as a sculptor and designer. He helped redesign the team’s uniforms and lettering.

“It’s a very clean, reductive, modern design that pays homage to all of the players and fans that have been a part of our team’s remarkable journey in becoming who we are today,” Arsham told the team’s website.

They put on for their city

For the Wiz Kids, it’s all about the cherry blossoms. The Wizards unveiled their tribute to the iconic flowers of the nation’s capital back in March but won’t debut their pink alternate uniforms until the 2022-23 season.

The team’s MLB counterpart, the Washington Nationals, revealed a similar City Edition uniform set, as the franchises collaborated to create a unified alternative look across sports. The Nike collaboration marks the first uniform campaign between MLB and NBA teams from the same market.

Hopefully the cherry blossom look bodes better for the Wizards — as of Monday, the Nationals were in last place in the NL East (30-58).

The Spurs are going back to the beginning. In recent years, the Spurs’ City Edition jerseys had featured a camouflage pattern and, most recently, a white canvas with the iconic “fiesta stripe” on the sides based on the team’s popular warm-ups from the 1990s.

Now, in honor of San Antonio’s 50th season, the team is rolling out Classic Edition uniforms that pay homage to the team’s storied legacy. The look, made popular by Spurs legend George Gervin, features “San Antonio” across a black-on-black jersey chest.

“The Spurs Classic Edition uniform is a symbolic way for us to honor our legacy, players and loyalty to the city of San Antonio while giving our fans what they’ve been asking for — we hear you,” said Becky Kimbro, VP of brand engagement for Spurs Sports & Entertainment.

Can’t wait to rock these this season 🤩

Our black-on-black Classic Edition uniform pays homage to the early days that shaped us! #PorVida pic.twitter.com/x7SD6WLp2v

New uniforms but make it ’90s. The Jazz are switching things up while simultaneously throwing things back. Utah revealed its primary colors for next season will be black, yellow and white. But the team also announced three purple jerseys, two of which won’t be worn until 2023-24.

If it seems like the Jazz are rolling out a lot of ensembles, it’s because they are.