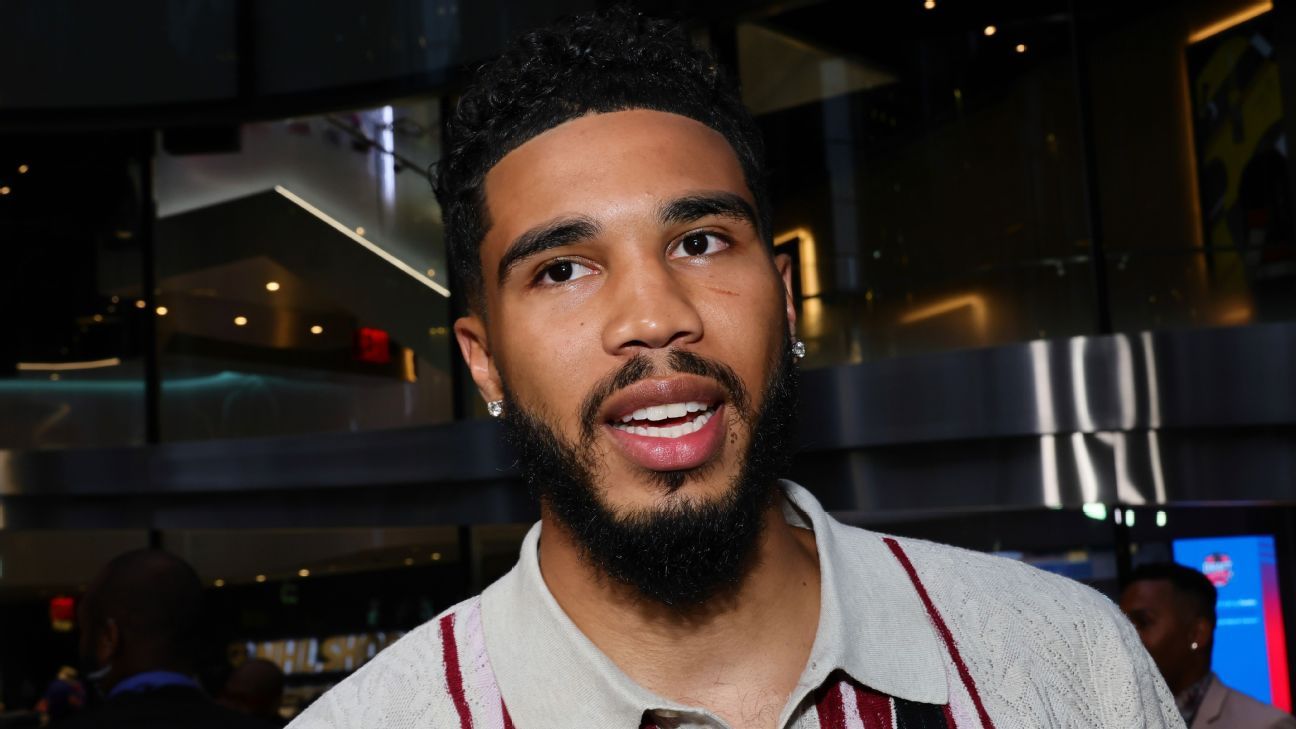 NEW YORK — As speculation surrounding Kevin Durant‘s future continues to hover over the NBA, Boston Celtics star swingman Jayson Tatum made it clear that as much as he respects Durant’s game, he is happy with how his team stands now.

“I played with [Durant] during the Olympics,” Tatum said Tuesday night prior to the premiere of the Showtime documentary “Point Gods.” “Obviously, he’s a great player, but that’s not my decision. I love our team. I love the guys that we got.”

ESPN’s Adrian Wojnarowski reported early Monday that the Celtics were among the teams to engage in talks with the Nets regarding Durant’s availability, after the two-time Finals MVP requested a trade from Brooklyn last month.

Regarding the discussions surrounding Durant and the Celtics, Tatum said he doesn’t “make anything of it” and emphasized several times during a brief question-and-answer session with a small group of reporters that he is satisfied with Boston’s roster as currently constructed.

“We got two new pieces [in Malcolm Brogdon and Danilo Gallinari],” Tatum said. “I love our team. I just go out there and play with my teammates. I don’t put that [general manager] hat on to make decisions.”

NBA insider: Darvin Ham tells LeBron everyone needs to step up on defense
Trial to begin over Kobe Bryant crash photos
Lawyer: Bryant crash photos shared ‘for a laugh’
Antoine Walker says the Heat would have fared better than Celtics against the Warriors
For Chicago Sky stars Allie Quigley and Kahleah Copper, the sky’s the limit