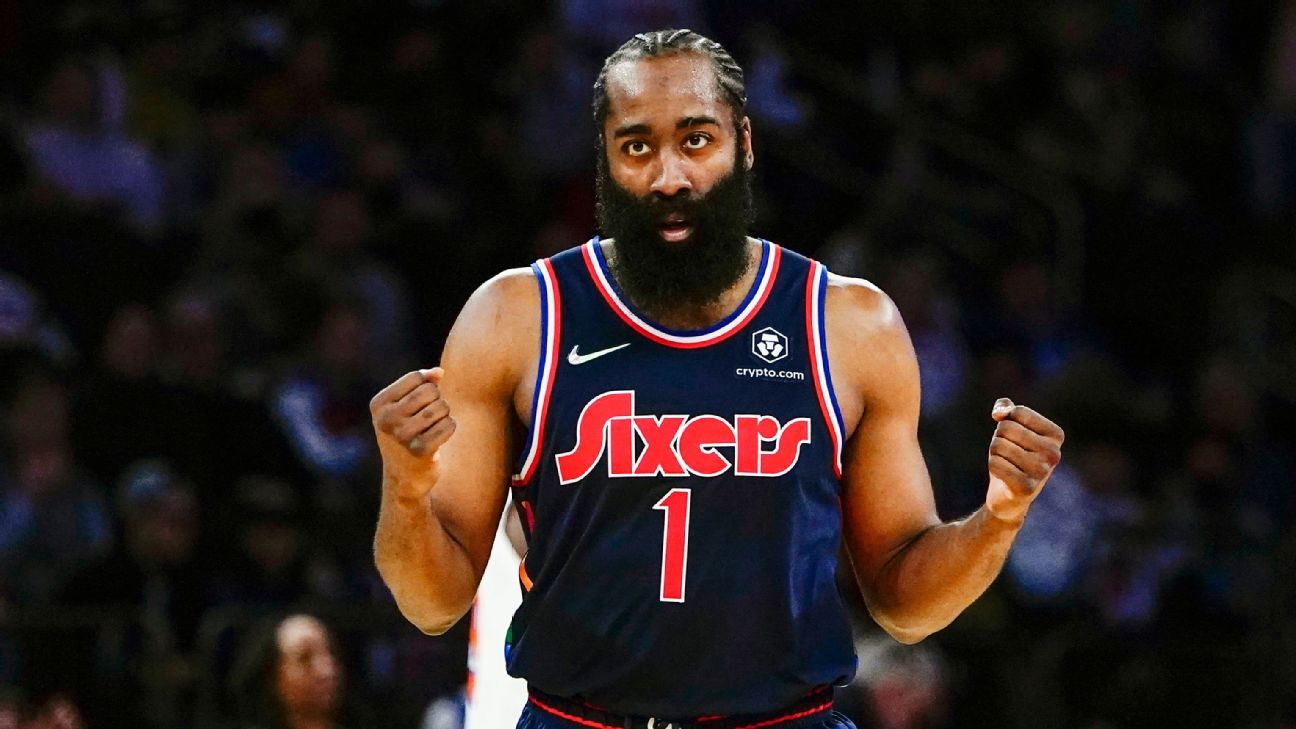 James Harden isn’t playing hardball in contract talks with the Philadelphia 76ers; he just wants “whatever is left over.”

“I had conversations with [team president] Daryl [Morey], and it was explained how we could get better and what the market value was for certain players. I told Daryl to improve the roster, sign who we needed to sign and give me whatever is left over,” Harden told Yahoo Sports. “This is how bad I want to win. I want to compete for a championship. That’s all that matters to me at this stage. I’m willing to take less to put us in position to accomplish that.”

Harden was traded to the 76ers by the Brooklyn Nets in February, teaming up with Joel Embiid. But injuries to Embiid and diminished effectiveness from Harden contributed to Philadelphia’s second-round exit in the playoffs.

After the series loss to the Miami Heat, Embiid said the Sixers needed a player with toughness like the Heat’s P.J. Tucker. Philadelphia went out and signed Tucker to a three-year deal this offseason, and added Danuel House and De’Anthony Melton in an effort to improve the team’s depth. Harden, meanwhile, declined his $47.3 million option to become a free agent, but he has only been focused on staying in Philadelphia.

“I think we have a much deeper team,” Harden said. “That’s something we wanted to address. If you look at our team now, we’re positioned to go a lot further. I like how we stack up with the rest of the top teams.”

Harden pointed to his partnership with Embiid as a driving force for the 76ers.

“I talk with Joel frequently and we have meetings about how we’re going to play and what we need to do to help our team win a championship,” Harden said. “When you have two of the top players at their positions on the same team, that’s a great building block. We’re going to grow together and try to lead this team to the top. I believe we can do it together.”

Harden has a Hall of Fame-worthy résumé that includes an MVP award and three scoring titles to go along with 10 All-Star selections; however, he is still chasing a championship. He has reached the NBA Finals just once, in 2012 while with the Oklahoma City Thunder.