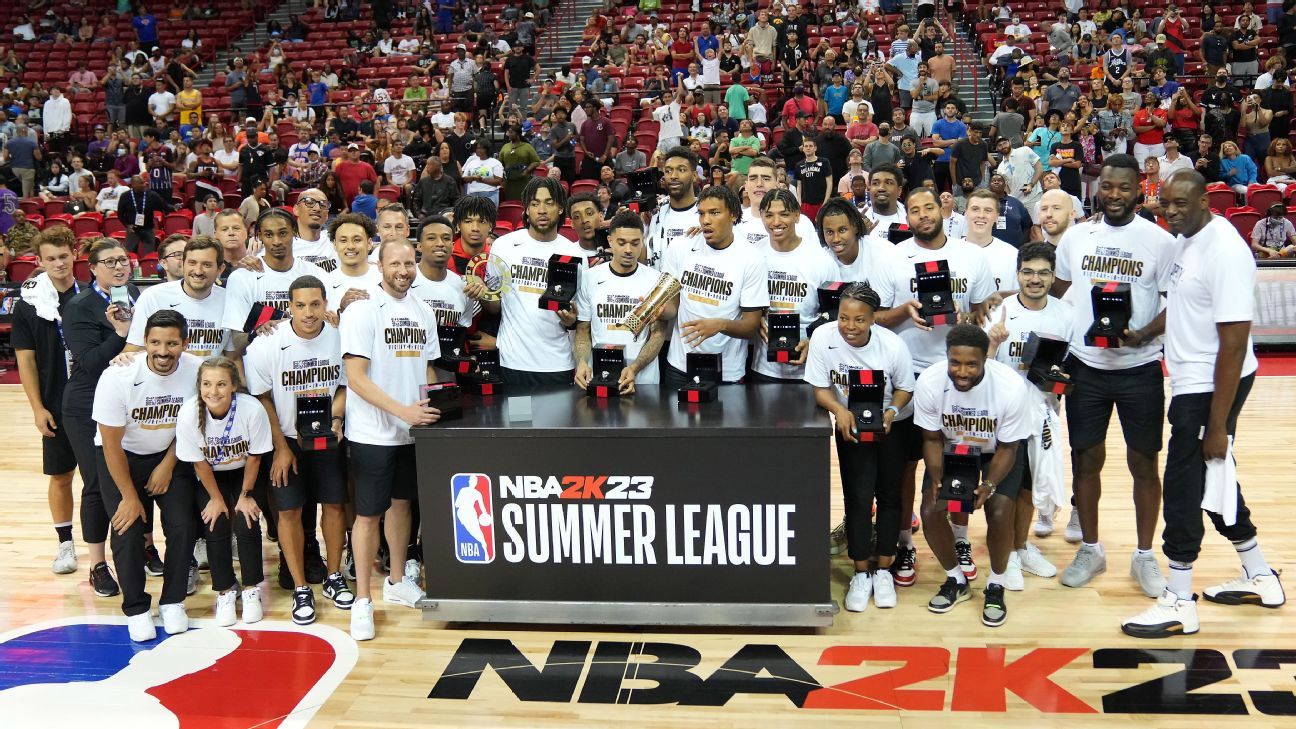 LAS VEGAS — Brandon Williams scored 22 points to lead the Portland Trail Blazers to an 85-77 victory over the New York Knicks in the NBA summer league championship on Sunday.

It marked the third time Portland played in the championship game since 2017, and its second title since.

The Trail Blazers got 36 points from their reserves, led by Jabari Walker, who finished with 14 points and 11 rebounds.

Trendon Watford finished with 19 points and seven rebounds for Portland and was a unanimous choice for game MVP honors.

“They made a run in I think the late third or the fourth,” Watford said. “We stuck together and when we came back in, we turned it up and I’m just proud of all these guys, man.

“It was big-time, our chemistry came together since day one and I’m just proud of all these guys.”

Miles McBride scored 17 points, while Jericho Sims contributed with 13 and Feron Hunt and Micah Potter each chipped in with 10 for New York.

Portland, which came into the game ranked third during the summer league with 42.8 rebounds per game, outrebounded the Knicks 37-32.

The Blazers, who defeated New York 88-77 earlier in the event, didn’t find their rhythm until the start of the second quarter of the championship, when they opened with back-to-back-to-back 3-pointers that gave them a 21-14 lead. They went on to hit seven 3-pointers in the quarter to build an 11-point lead they’d take heading into the locker room, 41-30.

The Blazers pushed their lead to 16 in the third quarter, with a 60-44 lead built on the strength of 10 points at the rim.

Portland rode its defensive tenacity to the championship, but it was New York’s defense that frustrated the Blazers to start the game. Both teams came out relatively sluggish, with a splash of sloppiness mixed in, as the Knicks shot 5-of-15 (.333) from the floor and the Blazers were just 3-of-12 (.250) from the field.