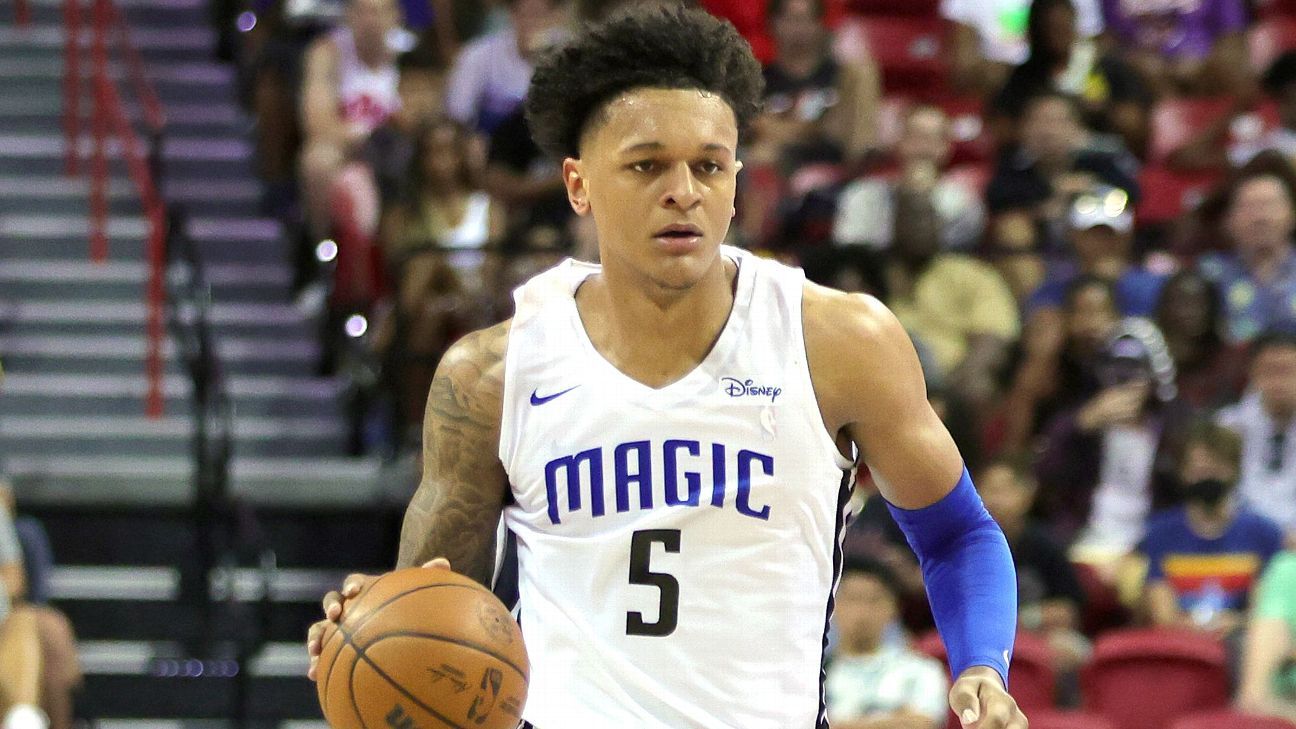 LAS VEGAS — Paolo Banchero showed the Orlando Magic plenty in his two Summer League contests. And the Magic decided that was enough.

The No. 1 pick is getting the rest of summer league off, after averaging 20 points, six assists and five rebounds in his two games in Las Vegas. The Magic made the decision so they could evaluate other players who are with them this summer and see who may merit a roster spot or G League opportunity.

The Magic are also expected to give Admiral Schofield and R.J. Hampton the remainder of summer league off, which opens up even more minutes for players to get opportunities in Las Vegas. Mosley said Banchero got all he needed out of the summer experience.

“His understanding of what he needs to do in certain situations, the concepts that we’re preaching offensively and defensively, he’s grasping on to those,” Mosley said. “Watching film together, he’s observing those things. He explains to me the things that he sees on the floor. It’s only two games, but you’re watching those film sessions and you realize how he’s registering all of it. So that’s how you can make the judgment that it’s time let these other guys get those moments.”

Meanwhile, San Antonio Spurs guard Josh Primo was ruled out of Monday’s game against the Houston Rockets after he entered the NBA’s health and safety protocols. Primo, who averaged 15 points and 4.5 assists in two games in Vegas, will likely miss the remainder of summer league.