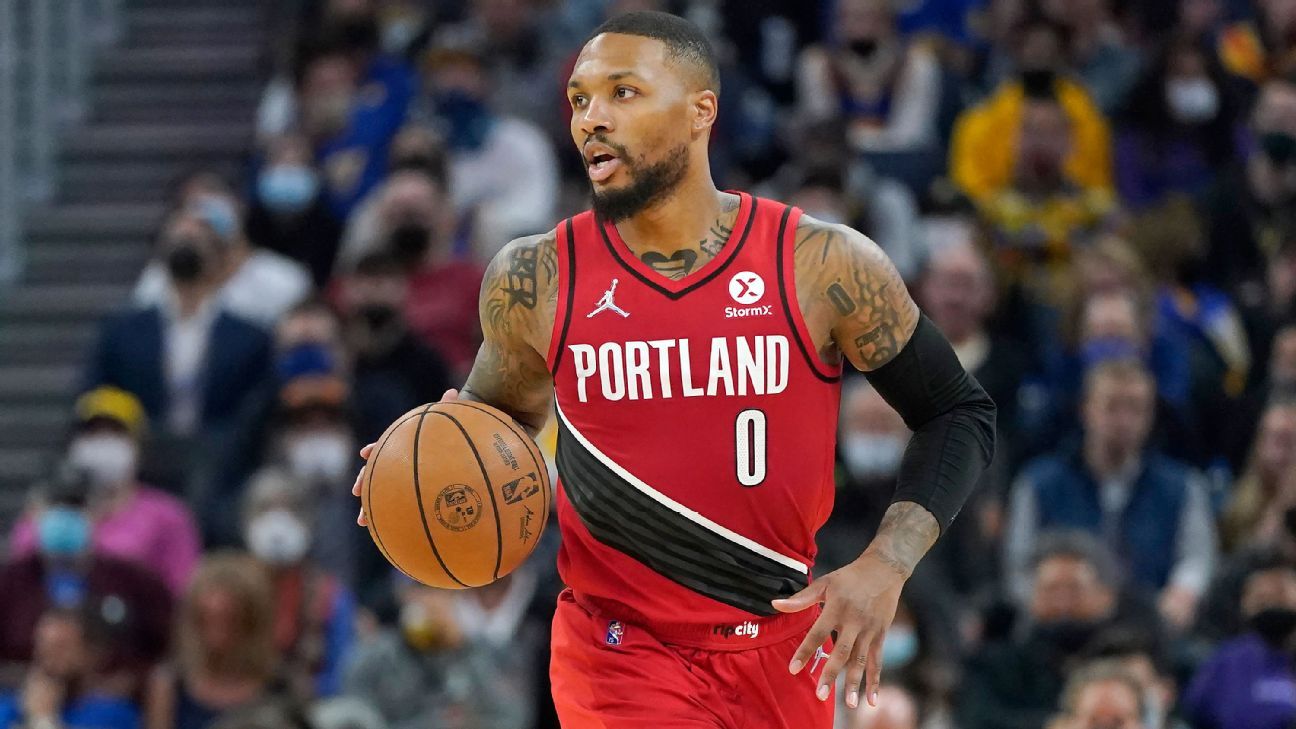 Star point guard Damian Lillard has agreed to a two-year, $122 million contract extension with the Portland Trail Blazers that will tie him to the franchise through the 2026-27 season, sources told Andscape’s Marc J. Spears and ESPN’s Bobby Marks.

Lillard is expected to sign his deal Saturday in Las Vegas, a source told Spears.

Lillard’s current deal, signed two years ago, runs through the 2024-25 season. The six-time All-Star has already made $154 million as the franchise player over the past decade and the new money will carry his earnings with the team to more than $270 million.

He played 29 games last season before needing abdominal surgery in mid-January, addressing an injury he had been managing for several years. Lillard averaged 24 points and 7.3 assists but shot a career-low 40% as he labored with the injury.

Lillard told ESPN in a televised interview early Friday that the time off — while frustrating — should help him long-term.

“My body is stronger than it was before in certain areas,” Lillard said while watching games at the NBA Summer League in Las Vegas.

Lillard, who turns 32 on July 15, also said the mental break was helpful, along with the physical rest.

The Blazers, who finished 27-55 and 13th in the Western Conference, have aimed for a quick rebuild around Lillard’s return. Two weeks ago they executed a trade for forward Jerami Grant, who played with Lillard on Team USA last summer, and drafted promising prospect Shaedon Sharpe with the No. 7 overall pick.

Information from The Associated Press was included in this report.