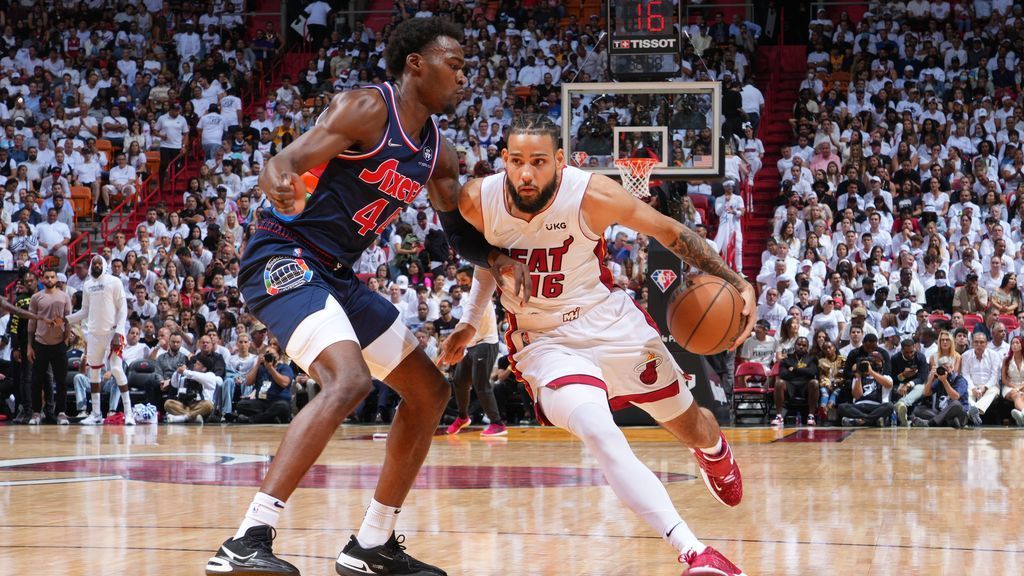 Caleb Martin has agreed to return to the Miami Heat on a three-year deal worth $20 million, a source confirmed to ESPN’s Tim Bontemps.

A restricted free agent, Martin broke out last season for Miami, providing a solid rotation option on the wing to an injury-plagued Heat team.

After playing his first two seasons alongside his twin brother Cody in Charlotte, Caleb signed a two-way deal with Miami and went on to average a career high 22.9 minutes per game. He scored 9.2 points per game while shooting 50.7% from the field and 41.3% from 3-point range.

Martin, 26, started 12 games last season — mostly as a replacement for the injured Jimmy Butler — and his all-around offensive game and strong defense helped the Heat stay afloat without one of their stars.

Martin is the latest role player to return this offseason to the Heat, who have also agreed to re-sign guard Victor Oladipo to a one-year deal earlier this month.