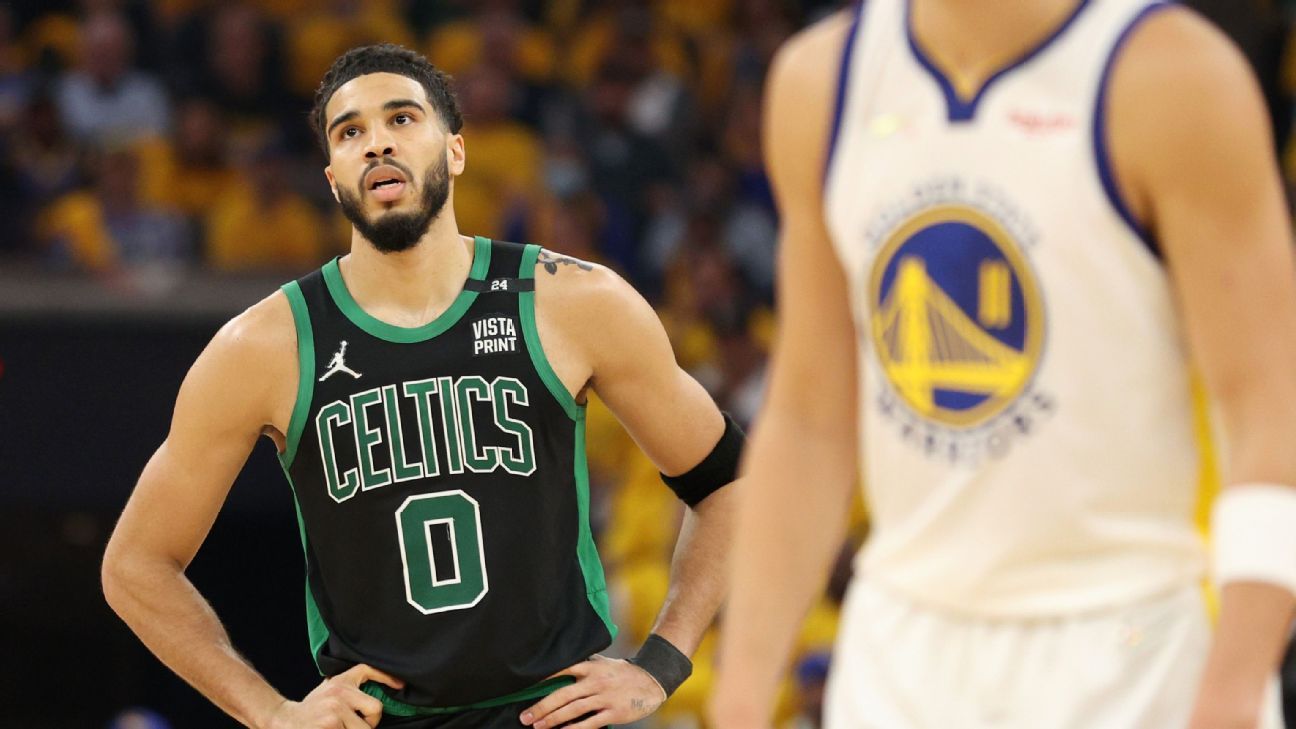 After Boston Celtics star Jayson Tatum had a rough NBA Finals, Brad Stevens had a simple message for his team’s franchise player.

“I just told him to go on vacation,” Stevens, Boston’s president of basketball operations, said with a smile during a videoconference call with reporters after Boston’s season ended with a loss to the Golden State Warriors in six games in the league’s championship round. “Go get some rest.

“This guy gave us everything he had. When you look at the minutes, when you look at the games played … I’ve said this many times: He’s a superstar that doesn’t want to sit. He wants to play, he wants to play all the time. I thought that in the Finals, obviously, I think he would be the first to say that he would like to have some of those moments back, but I thought there were other contributing factors to how he played.”

The 24-year-old superstar, coming off being named to the All-NBA first team, had an up-and-down playoffs. He finished the postseason with the most turnovers any player has had in a single playoffs in NBA history, and in the Finals he shot 50% from the field once and under 40% four times against Golden State — including shooting just 31.6% on 2-point shots.

As a result, not surprisingly, both 2-point shooting and playmaking were issues not just for Tatum but the team as a whole in seeing Boston fall just short of its goals. However, Stevens said it should be remembered just how good both Tatum and Jaylen Brown have already been to this point in their careers in terms of postseason success and that the team wouldn’t have gotten to where it did without them.

Stevens pointed specifically to Tatum’s 46-point game on the road in Milwaukee in Game 6 of the Eastern Conference semifinals as proof of that.

“The way I try to look at it is, obviously, we’re all subjective in every moment and react emotionally, but when you start looking at it objectively and more so historically, what Jayson and Jaylen have done in the playoffs, historically at their ages, is rarified air,” Stevens said. “I think we’re very cognizant of the fact that even though Jayson would admittedly not have played his best series, there’s no chance we’re there without him and without all of his great play all the way through.

“I think back to all of the times … Game 6 in Milwaukee was one of the best games I’ve seen an individual play in my time, certainly in person and with the Celtics. Without that performance, we would have had this discussion a month and a half ago.”

By “this discussion,” Stevens was referring to how Boston fell short in these playoffs and what the Celtics need to do in terms of improvement. The two areas he singled out? More consistent bench scoring and playmaking across the roster.

That said, Stevens was equally quick to point out that the Celtics were able to get as far as they did this season thanks to a unique combination of size and versatility across the board — and that, as Boston looks to improve this summer, the Celtics have to stay cognizant of those strengths and not take away from them to improve other things about the team.

“I think we have to walk a fine line a little bit,” Stevens said. “I think teams are fragile. I think the way teams work together and operate together are fragile. And I think your identity as a team, when you find one that’s successful, which we did this year on the defensive end of the floor and when we were at our best sharing the ball offensively, those things are fragile. So just to add doesn’t mean that you’re not taking something away from the group.”

He went on to say that no Celtics players — including Robert Williams III, who dealt with left knee soreness throughout the playoffs — will require surgery, saying that rest will be enough for Williams and everyone else on the roster to bounce back from a grueling playoff run that saw Boston play 24 of a possible 28 games.