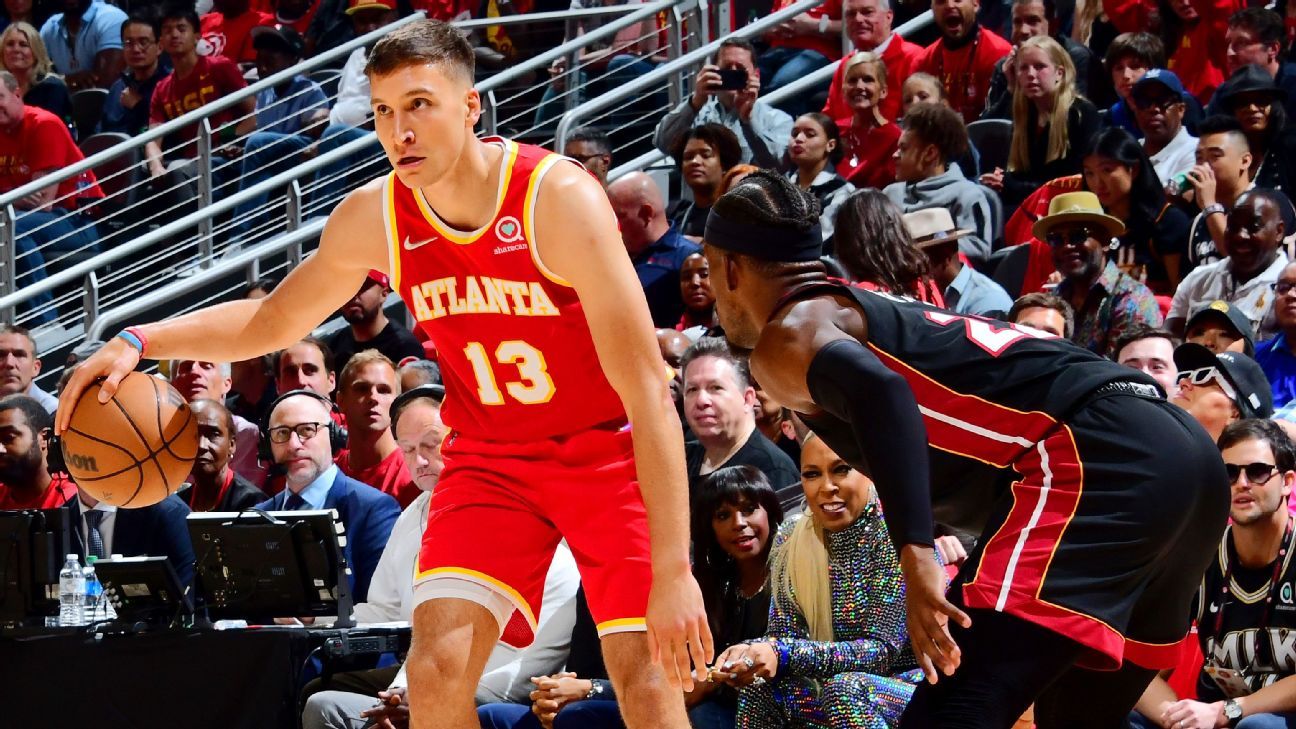 ATLANTA — Hawks guard Bogdan Bogdanovic is recovering from surgery on his right patella tendon after being hampered by knee inflammation this past season.

The Hawks announced Tuesday that Bogdanovic is expected to make a full recovery before the start of the 2022-23 season.

Bogdanovic missed 19 games this past season, and a sore knee forced him to sit out Atlanta’s final playoff game, a loss to Miami that clinched the Heat’s 4-1 victory in the opening-round series.

In his second season with the Hawks, Bogdanovic averaged 15.1 points a game while shooting 37% from 3-point range.

The Hawks also announced that forward Jalen Johnson underwent a nonsurgical procedure on his left knee to relieve tendinitis. He is likely to recover in time for the start of training camp.

Johnson was the Hawks’ first-round pick in 2021. He got in limited time for Atlanta as a rookie, averaging 2.4 points over 22 games.