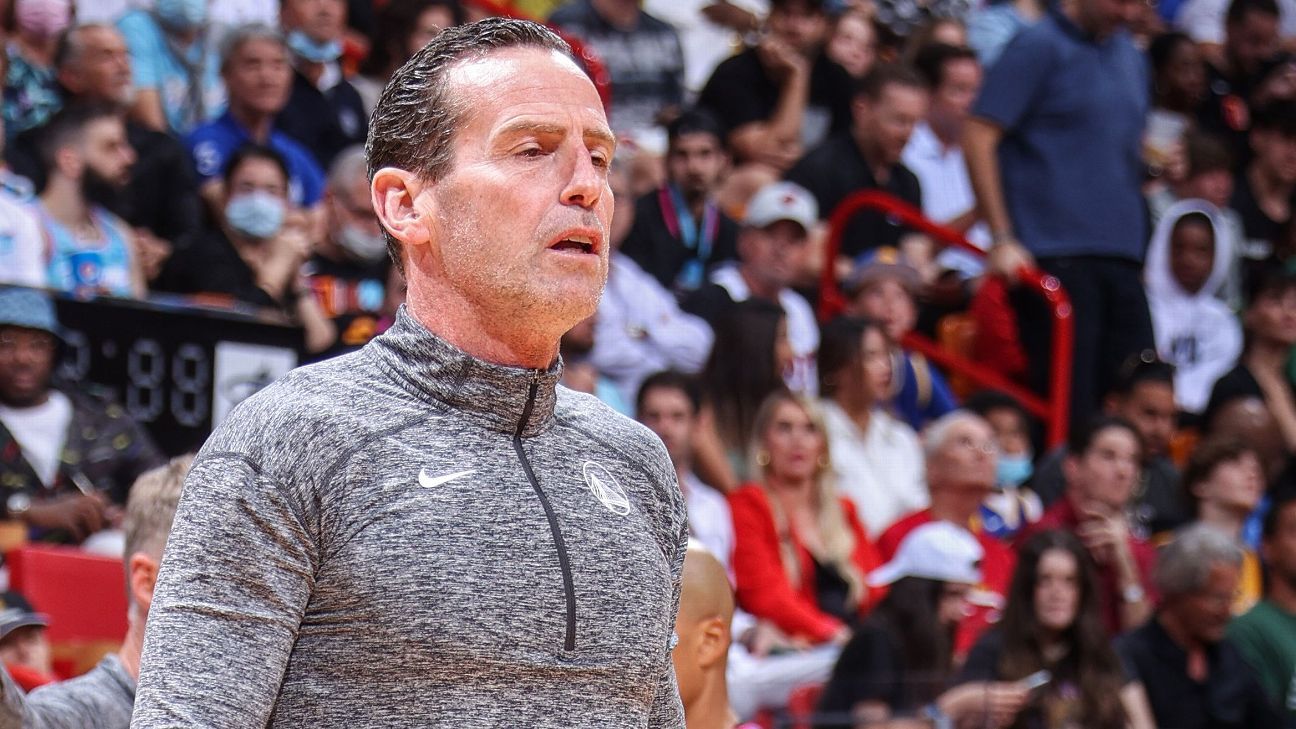 Atkinson will replace James Borrego, who was fired in April after going 138-163 in his four seasons with the team.

The Hornets had narrowed their search to Atkinson and Mike D’Antoni. Both candidates already had two meetings with management, including with general manager Mitch Kupchak, and then met with owner Michael Jordan this week.

Atkinson is the second Golden State assistant coach set to leave the Warriors and take over a new team. Mike Brown was hired to coach the Sacramento Kings next season. Both are remaining with Golden State through the end of the NBA Finals, with Game 4 against the Boston Celtics set for Friday night and Golden State trailing in the best-of-seven series 2-1.

Atkinson was 118-190 in three-plus years with the Brooklyn Nets, inheriting a full rebuild and showing improvement each season until he resigned after an injury-plagued 2019-20 season. He spent the 2020-21 season with the LA Clippers as an assistant before joining Steve Kerr’s staff in Golden State ahead of this run to the NBA Finals.

Overall, he has spent nine seasons as an NBA assistant, including four with the New York Knicks, three with the Atlanta Hawks and one each with the Clippers and Warriors.

The Hornets have missed the playoffs in six consecutive seasons, the longest drought in franchise history and second-longest active streak behind the Kings (16). But Charlotte has several building blocks on a team that went 43-39 during the regular season to reach the play-in game, including All-Star LaMelo Ball and Miles Bridges, who is set to be a restricted free agent.

This past season, Charlotte struggled defensively, allowing 114.9 points per game, which was tied for 25th in the league. Atkinson improved the Nets’ defensive efficiency in every season of his four-year tenure, taking them from 23rd in 2017 to ninth in 2020.