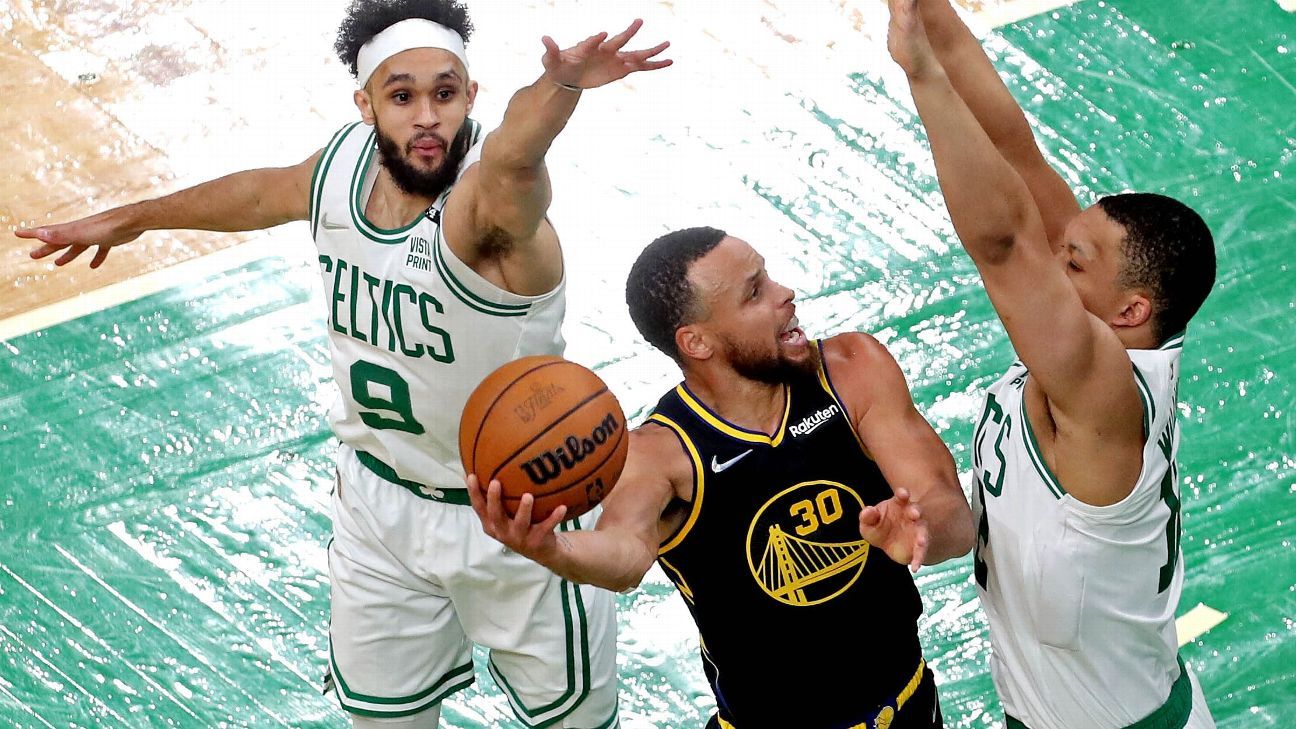 BOSTON — Klay Thompson has run the gamut of the NBA experience in his 11 years in the league. He’s seen the tremendous highs of winning three championships in four years and the lows of having to sit out more than two seasons due to injury.

As the five-time All-Star assessed the situation Wednesday after the Golden State Warriors‘ 116-100 loss to the Celtics in Game 3 of the 2022 Finals, he made a sage pronouncement.

In those Finals seven years ago, one team was loaded with a nice mix of emerging young stars and role-playing veterans with a first-year coach who seemed to have been the perfect choice to unify and align the roster.

The other team had an incandescent multi-time most valuable player deploying all his talents to try to will his team beyond what appeared to be underdog status.

The former were the Warriors, the latter the LeBron James-carried Cleveland Cavaliers.

It was a miserable reality for James back then, repeatedly being the best player in the series but having to swallow going against a better team.

The situation in these unfolding 2022 Finals isn’t as clear, but this could be the first time throughout his portfolio of six Finals that Stephen Curry finds himself in that humbling position. It is one where some heroic play is going to be needed to carry his team in a way these Warriors have never needed Curry before … the way the Cavs needed James.

To be clear, this wasn’t the point Thompson was making. He was referring to the Warriors being down 2-1 and on the road in that Finals before they rallied to win games 4 through 6. He was trying to sell that he foresees such a turnaround coming again.

“They have some very good players on their team obviously. I don’t think they have LeBron James,” Thompson said. “We’ve been here before, we can rely on our experience.”

Thompson is right, the Celtics don’t have a James. But the Warriors have a Curry and they sure need him — and need to hope the foot injury he suffered after Al Horford fell on him late in Game 3 isn’t serious. He had 31 points in Game 3, his shot-making brilliance emerging more and more as the Celtics tightened their grip around him. Still, watching the Warriors heavily rely on Curry’s individual playmaking — coach Steve Kerr has increasingly relied on straight Curry pick-and-rolls instead of Golden State’s typical motion offense when the games were in the balance — the actions speak louder than the words.

Curry is averaging 31.3 points in this series so far, shooting a sizzling 49% on 3-pointers. In his previous five Finals, he shot 39% on 3-pointers. In 2015, when he was squaring off against James for the first time, he shot a pedestrian 34% for the series, and just 32% as the Warriors fell behind 2-1. But the Warriors had the edge over the short-handed Cavs and Curry’s subpar shooting by his lofty standards didn’t matter as much.

If Curry shot 34% from deep the rest of this series it would probably be a runaway in Boston’s favor.

The Warriors have been struggling to create half-court offense against the size of the Celtics’ wings and the versatility of their big men. Even with Thompson breaking out of a mini-slump to score 25 points, Game 3 represented Golden State’s second-lowest scoring output this postseason. It was the eighth time in 31 Finals games under Kerr that the Warriors scored 101 or less — they’ve lost all eight.

When Curry was asked if, like Thompson, he felt any parallels between now and 2015, he was frank: “Nothing specific,” he said flatly.

The Boston Celtics lead the Golden State Warriors 2-1 with the NBA championship on the line. You can catch the action on ABC and in the ESPN App.

Certainly he would not from this side of the scenario. Nor would this be reminiscent of 2017 or 2018 when the Warriors had the significantly better team. No matter how many 40-point games James put up, it would not matter.

The spread between the Warriors and Celtics is much tighter than that. All three games, though they ended lopsided, were decided in the fourth quarter. There is just a nine-point spread in the Celtics’ favor in aggregate. It’s not clear that Boston has the advantage, but there’s a good case. The Celtics look like the deeper, taller and more skilled team.

At the start of this series, the oddsmakers liked the Warriors as a slight favorite, owing to the homecourt advantage and a significant edge in Finals experience. The computers, however, seeing all sorts of positive defensive numbers, loved Boston.

Curry is good enough to overcome it, of course. The Warriors have a lot going for them and their top gear is absolutely good enough.

“It does help knowing that we’ve been through a little of everything the last eight years and can draw through that experience,” Curry said. “Obviously we still feel like we can win the series.”

But the margin for error is slim and Curry, even with a possible sore left foot, will be asked to do more, and he’s already doing so much.