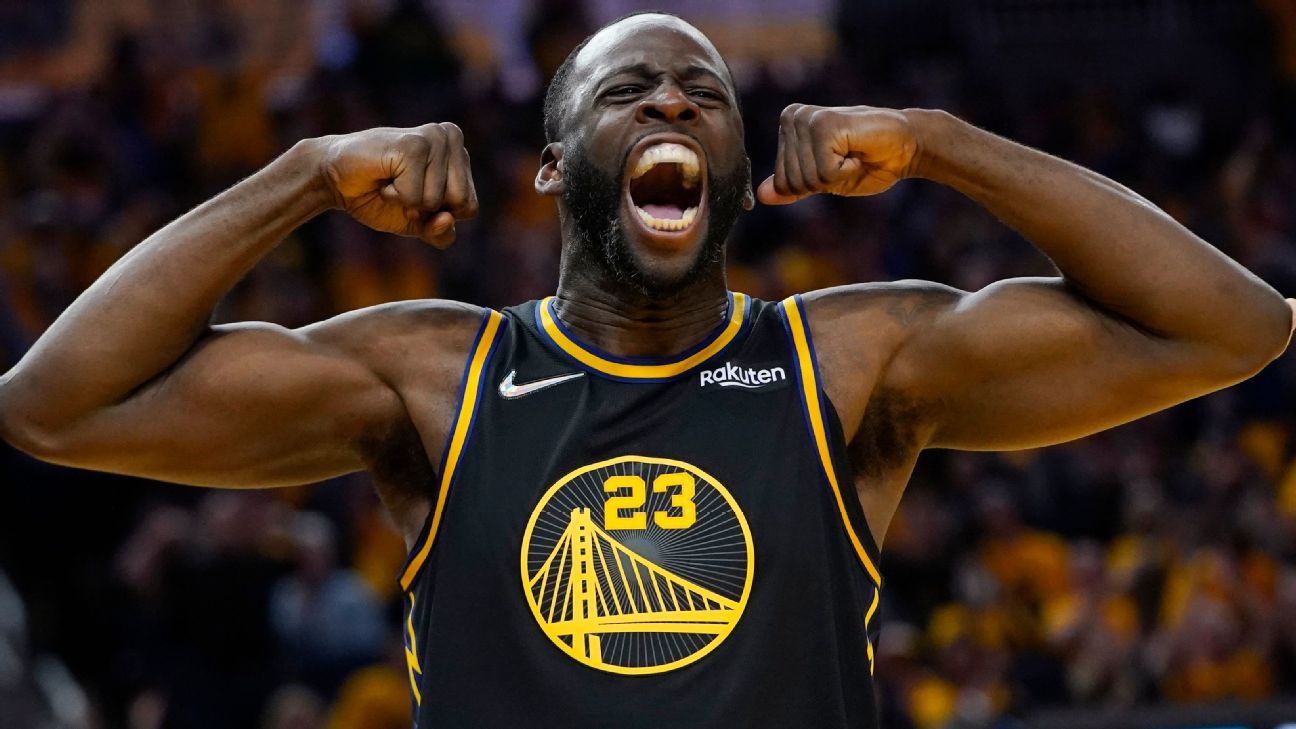 “I wouldn’t be able to live with myself if I’m going on about my summer and we lost the NBA Finals because we couldn’t meet force with force,” Green said ahead of practice in Boston on Tuesday. “So I think that was just kind of it for me, and understanding that, like I said, that is my department. That’s where I’m supposed to lead, and I can’t let my guys down.”

The lack of physicality is what stuck out to Green the most when he watched film from Game 1. He felt that the Warriors won that game for 42 minutes, but as they let their foot off the gas in the fourth quarter, the Celtics took advantage.

In his mind, it was what needed to be their No. 1 adjustment.

Green’s upped intensity was felt immediately. On the very first possession of the game, Green tied up Al Horford behind the 3-point line, forcing a turnover. That set the tone for how he was going to play all night.

Horford, Marcus Smart and Derrick White combined to shoot just 6-for-23 from the field in Game 2. In Game 1, they knocked down 15 out of 23 shots from 3-point range alone.

“You get to the NBA Finals, and physicality and meeting force with force is important,” Green said. “It’s just something that you have to bring to this game … when I watched the film, and even just how I felt, I just didn’t think they felt us enough. You can’t get to this stage, to this level, and the reason you lose is because a team didn’t feel you. That’s a shame. You have to lose once you get to this level because a team was just better than you.”

Green credits his naturally forceful and physical nature to where he grew up (Saginaw, Michigan) and the era of basketball he watched as a child.

“Playing at Vets Park, playing at the Civitan Recreation Center, obviously, growing up I watched guys like Gary Payton, Rasheed Wallace,” Green said. “I watched all those guys and how they went about their business. Dennis Rodman. Seeing those guys over the years, and I have a huge appreciation for Uncle Oak, how he enforced things. That’s a part of the game. That is a skill.”

So as far as Green is concerned, Game 2 was not only a display of the raised level of intensity he and the Warriors needed following the opening game of the series; it’s also what they need — or more — to close it out.