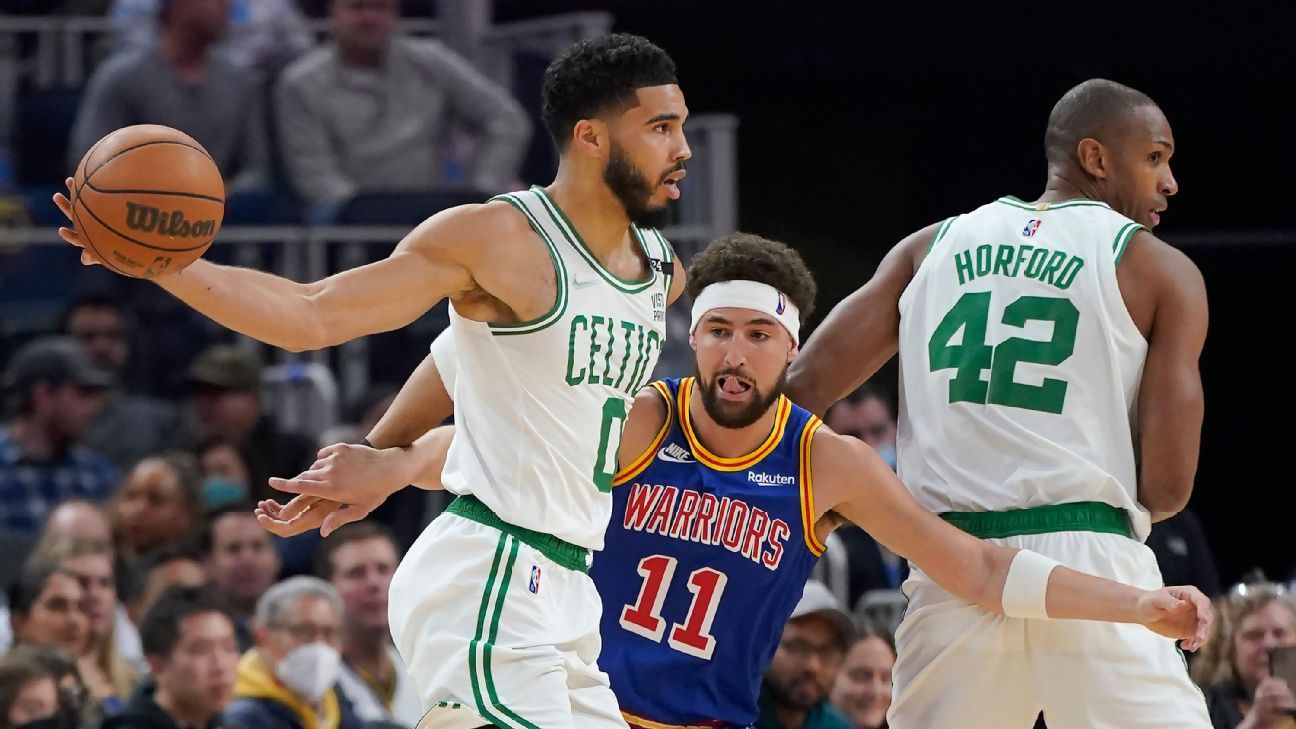 SAN FRANCISCO — Boston Celtics star Jayson Tatum said he isn’t spending time worrying about his 3-for-17 shooting performance in Game 1, saying it’s not the first time he’s had a bad game and that he’s confident he’ll bounce back in Game 2.

“Once you’ve done something before, you know how to respond,” Tatum said after Saturday’s practice at Chase Center ahead of Game 2 Sunday night. “I’ve had some bad shooting nights in the NBA. So it’s like, I’ve been here before. I know what to do next game.

“I think a lot of it is mental. You don’t let it creep into your mind. I can’t do nothing about what happened last game. I missed those shots and it is what it is. It’s all about how to prepare and get ready for the next one.”

But while Tatum struggled with his shot in Game 1, he was happy with the way he moved the ball. Tatum’s playmaking has been a storyline all season, as it is one of the main areas coach Ime Udoka stressed he wanted to see the star forward improve upon when he took over the team last summer.

In Game 1, Tatum took what Golden State’s defense gave him to the tune of 13 assists compared to just two turnovers.

“So it’s not something that I’m losing sleep over. You know, we won. That was most important, right. It’s the Finals. That’s all that matters. Obviously, I know I’ve got to play better. I can’t shoot like that every game and hopefully we win. I expect to play better shooting-wise, but just impacting the game in different ways to do my part and let’s get a win. I will continue to do that. Just read the game, read each play. That’s how I kind of approach next game.”

Golden State has perpetually given up open perimeter looks throughout the playoffs, as their 130 wide-open 3-pointers allowed are the third-most in any postseason since 2014, per Second Spectrum’s tracking data, and the most by a significant margin in these playoffs.

And Tatum took advantage of that time and again throughout Game 1, including playing a part in Boston hitting 6 3-pointers in their fourth quarter comeback alone. Tatum said he believes Golden State is doing nothing different from what any other team has done in this postseason against him.

“I feel like I did get a lot of open looks just from kick-outs and things like that. But I’m sure part of the game plan, making me a playmaker and not letting me be comfortable, it’s just something I feel like every team has more or less been doing throughout the playoffs. So it’s not necessarily something new.”

But while Tatum expects to bounce back, the Celtics are hoping they can do something they have struggled to throughout the postseason: handle prosperity well. While Boston is now 8-2 on the road in these playoffs, the Celtics have gone 3-5 since the start of the second round against Milwaukee in games following a win.

The Celtics have repeatedly said they need to play with the same urgency after wins that they have after losses — something Tatum again said going into Game 2 after Boston’s dramatic fourth quarter comeback in Thursday’s Game 1 gave the Celtics a 1-0 lead.