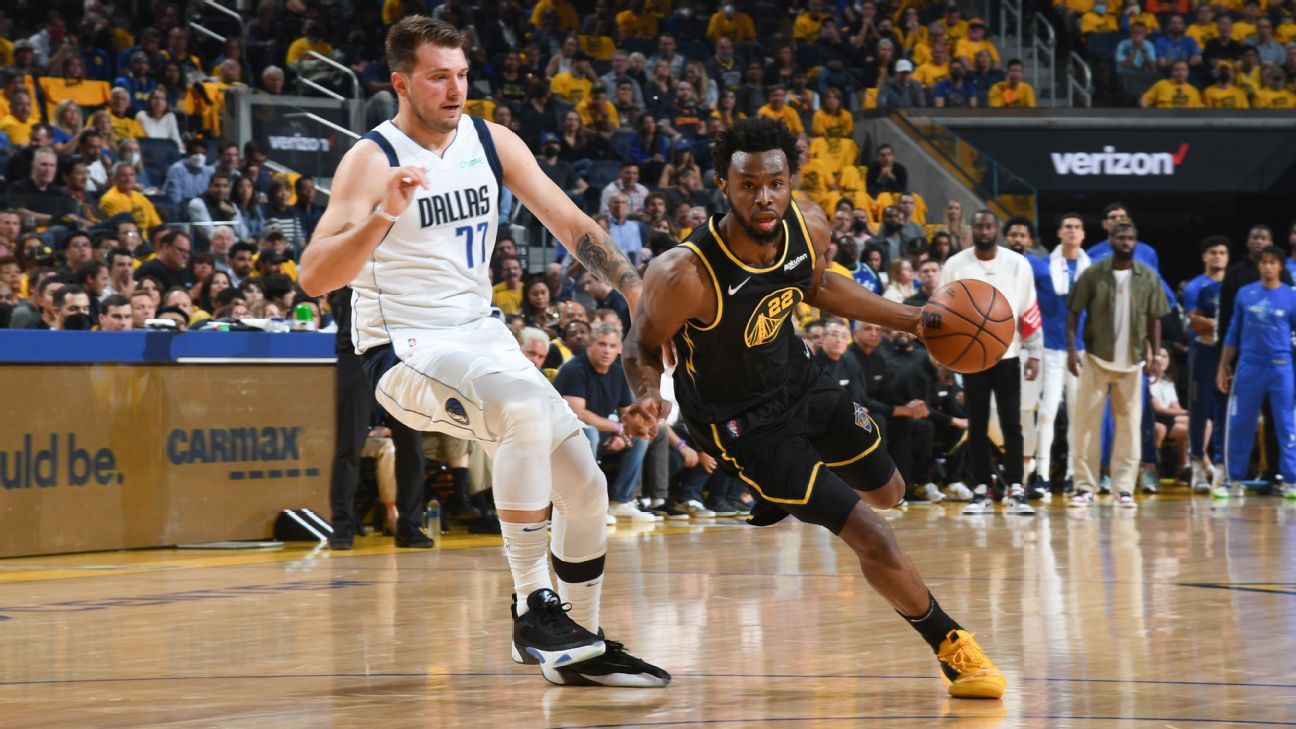 DALLAS — Golden State Warriors forward Andrew Wiggins has been listed as questionable with left ankle soreness ahead of Game 3 of the Western Conference Finals against the Dallas Mavericks.

Wiggins appeared to have tweaked his ankle late in the third quarter of Game 2 on Friday when he landed on it awkwardly after going up for a shot attempt.

But there isn’t much concern surrounding the injury from the Warriors.

Kerr said he wasn’t even aware that Wiggins was experiencing soreness until the PR staff told him Wiggins was on the injury report.

Wiggins’ stats for Game 3 — and for the rest of the series — is crucial for the Warriors. Not only is he averaging 17.5 points, five rebounds and four assists through the first two games, he has also been the primary defender on Dallas superstar Luka Doncic.

In Game 1, Wiggins held Doncic to 5-of-11 shooting, leading Doncic to one of the worst playoff games of his career.