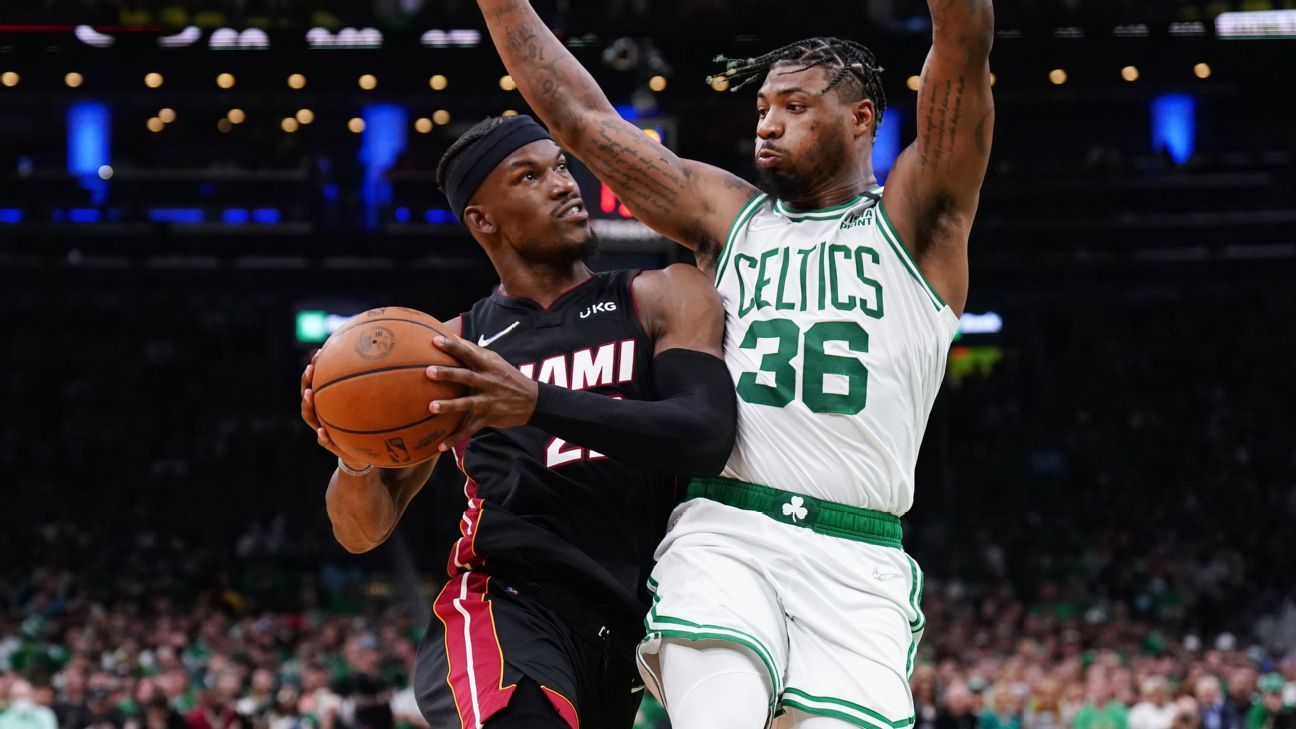 BOSTON — Miami Heat swingman Jimmy Butler will not return to Game 3 of the Eastern Conference finals against the Celtics because of right knee inflammation. The Heat made the announcement just after the start of the third quarter. It is unclear when Butler suffered the injury, but he did not warm up for the second half with the rest of his teammates.

Butler also missed Game 5 of the Eastern Conference quarterfinals against the Atlanta Hawks with the same injury, after hurting the knee in Game 4 of the same series. Since returning at the start of the next series against the Philadelphia 76ers, Butler has been a force for the Heat on both ends of the floor.