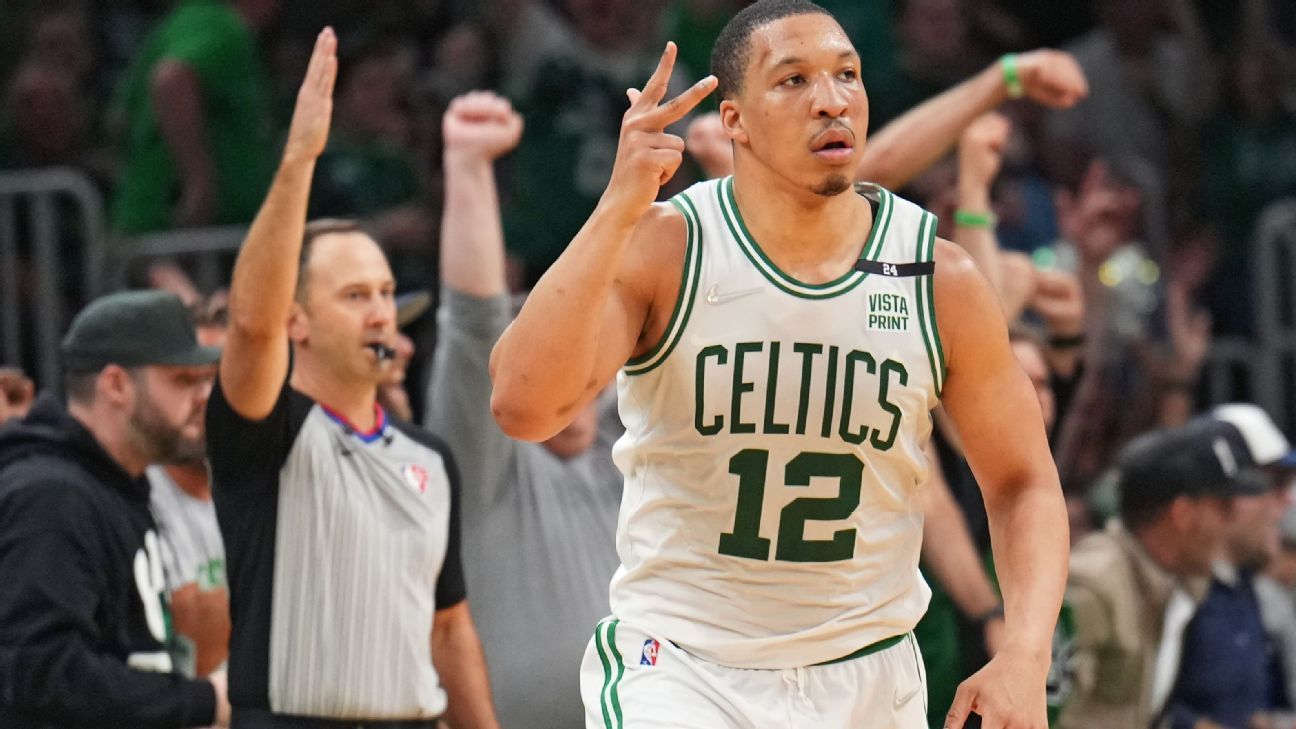 BOSTON — For the fourth time in the last six seasons, the Boston Celtics are headed to the Eastern Conference finals. The hope is this time, they can take it one step further.

To do that, they’ll have to do exactly what the TD Garden crowd started chanting late in the fourth quarter: “Beat the Heat.”

Grant Williams had a career-high 27 points, Jayson Tatum had 23 points and the Celtics hit a playoff franchise-record 22 3-pointers as the Celtics defeated the Milwaukee Bucks 109-81 in Game 7 at the TD Garden on Sunday afternoon.

In the previous three Eastern Conference finals, Boston has come up short. But after the Celtics got through the defending champions on Sunday, there’s hope this year could mark the storied franchise’s first trip to the NBA Finals since 2010.

But in order to get there, they’ll have to go through the top-seeded Miami Heat. That best-of-seven series starts on Tuesday in Miami.

Williams had never attempted more than eight 3-pointers in a game before this series. He was 6-of-9 from deep in Game 2 but blew those attempts out of the water in Game 7 in record fashion.

His 18 attempts are the most ever attempted in a Game 7 in NBA history. It also ties Ray Allen for the most three-point attempts ever by a Celtics player — and that was a triple-overtime game against the Bulls in 2009. His seven makes ties him with Stephen Curry (twice) and Marcus Morris for the most 3-pointers ever in a Game 7.

Williams didn’t enter the NBA as a three-point shooter. In fact, he made only 15 threes during his final season at Tennessee and only 30 in his career as a Volunteer. He shot 25% as a rookie from three but improved that to 37.2% last season. This year, he upped both his volume and his percentage as he nailed 41.1% of his attempts while shooting 3.4 a game.

But against the Bucks, Williams had struggled since his Game 2 performance going just 2-of-14 from deep in his last four games. Because of that, Milwaukee decided to leave Williams open for most of the game. He responded by hitting the first shot he took, a three from the left wing. From there, he continued to fire away.

Boston finished the game shooting 22-of-54 from 3-point range while the Bucks struggled mightily, going just 4-of-32.

The Eastern Conference finals start on Tuesday night in Miami.

Why have the Phoenix Suns not traded Jae Crowder yet?
3 moves the Nets can make to turn their season around
Steph Curry is outperforming his unanimous MVP season right now
The Whiteboard: Tyrese Haliburton, the NBA’s interception king
Luka after Bucks roll Mavs: Giannis ‘best in NBA’