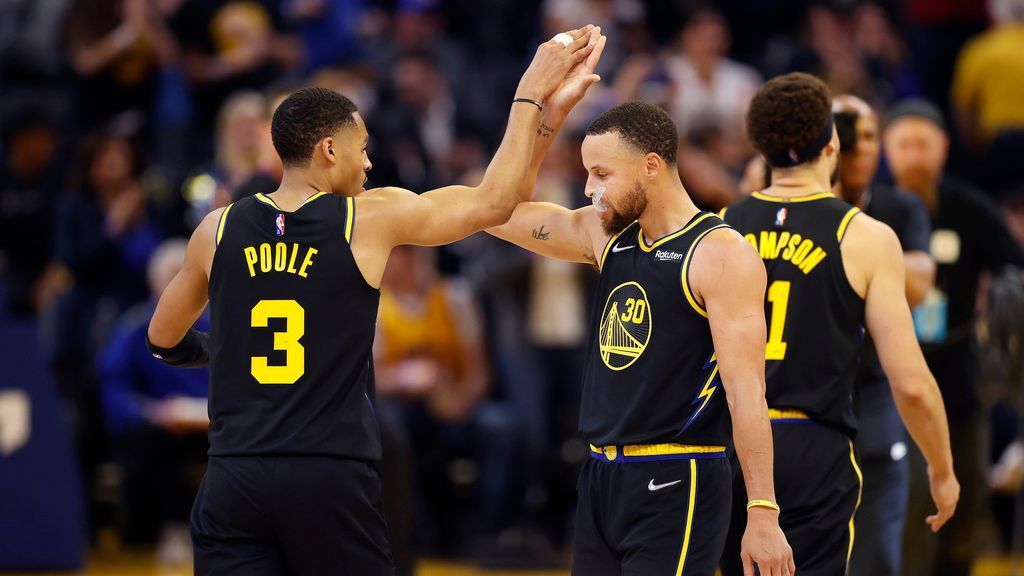 SAN FRANCISCO — The Golden State Warriors almost made history on the way to their 142-112 rout of the Memphis Grizzlies in Game 3 of the Western Conference semifinals.

The Warriors shot 63.1% from the field and had a 76.1 true shooting percentage — the second-best in both categories in NBA postseason history.

The Clippers had a 77.8% true shooting percentage against the Mavericks in Game 5 of their 2020 first-round series.

“When we trust each other and we just hit the open man, we’ve got so much great shooting that we’re capable of nights like this,” Klay Thompson said.

Heading into Game 3, the Warriors emphasized the need to find their offensive rhythm, starting with better shot selection. Thompson’s performance through the first two games — and then the third — was the epitome of that.

“When we’re getting good shots, the chances of Klay getting hot are much greater,” Warriors head coach Steve Kerr said. “And when he gets hot our team takes on a different look. … So it’s all connected.”

“He got better shots,” Kerr said. “When you establish a tone where you get good shots, then the tough ones tend to go in.”

The “tough ones” Kerr speaks of were highlighted by a one-legged runner from just outside the 3-point line over Desmond Bane in the third quarter.

“As long as my shoulders are squared up to the rim, I can take a one-footer, two-footer,” Thompson said. “I think it’s a good look and I’ve done it before.”

Kerr disagreed: “[It] was not a good shot. But by the time he was comfortable, he was in rhythm and he’s very capable of making those shots.”

Curry scored a game-high 30 points on 7-of-14 shooting, while Poole finished with 27 points on 11-of-17 shooting. They also made an impact on defense, holding the Grizzlies to just 4-of-17 shooting when they were the primary defenders.

Game 2 saw the Grizzlies continuously attack Poole, but Saturday he did the same to them, penetrating the paint any chance he got.

“I thought it was beautiful the way he was attacking offensively, but even more so I thought it was incredible how he defended and competed on that side of the ball,” Draymond Green said.

“When you come out and give effort on that side of the ball, No. 1, your teammates can rally behind you, but more so from an X and O standpoint you put up some resistance and guys can get there to help you if you need help. I mean, we didn’t need to help him much tonight.”

The Warriors’ defense helped feed into their offensive flow. Early on, Golden State was turnover heavy. Green said the Warriors were getting too deep into the paint, trying to kick the ball out, and “dancing” a bit too much on their cuts — generally being careless with the ball — which forced them to constantly defend Memphis in transition.

It didn’t help that the Grizzlies began the game torching from beyond the 3-point line. But as the Warriors started to stop Memphis from scoring, they settled on the offensive end.

“When you get your defense set, you come down with a balanced floor and you can get transition opportunities,” Green said. “They all go hand-in-hand. I think we finally, we’re not driving too deep and trying to pass the ball. You kind of get into a space, see the first open guy, just move in.”

The bow that tied the Warriors’ offensive revelation together was the play of Andrew Wiggins and Otto Porter Jr.

Porter finished with a plus-33 net rating, easily making this his best playoff performance this season. He has been reliable on the boards, but recently has been a non-factor on offense. After not making multiple 3-pointers in a game since April 7, Porter knocked down three in Game 3 on his way to 13 points, 4 rebounds, 3 assists, 2 blocks and a steal.

“It’s not coincident. He just understands how to play,” Kerr said. “He’s in the right spot all the time.”

“That’s what we’ve been asking Wiggs to do all year … put your head down and get to the hole,” Green said. “It’s very hard to stop him from getting to the basket.”

Green continued: “It’s bigger than just dunks. The way he’s been rebounding and the physicality that he’s been playing with and boxing out … he’s been doing an incredible job no matter who he gets matched up on.”

The Warriors look at their scoring onslaught in Game 3 as a blueprint of what they can do. Coming off the first two games of the series — the first won by one point, the second lost by five — they knew that both of those games could have ended differently if their offense was a decimal better. Game 3 proved that.

“It was a performance that I knew was in them,” Kerr said. “On tape, we saw that if we were a little more patient and a little more poised that we could get some good shots. I think our players have adapted … and they did a great job tonight of generating better looks.”