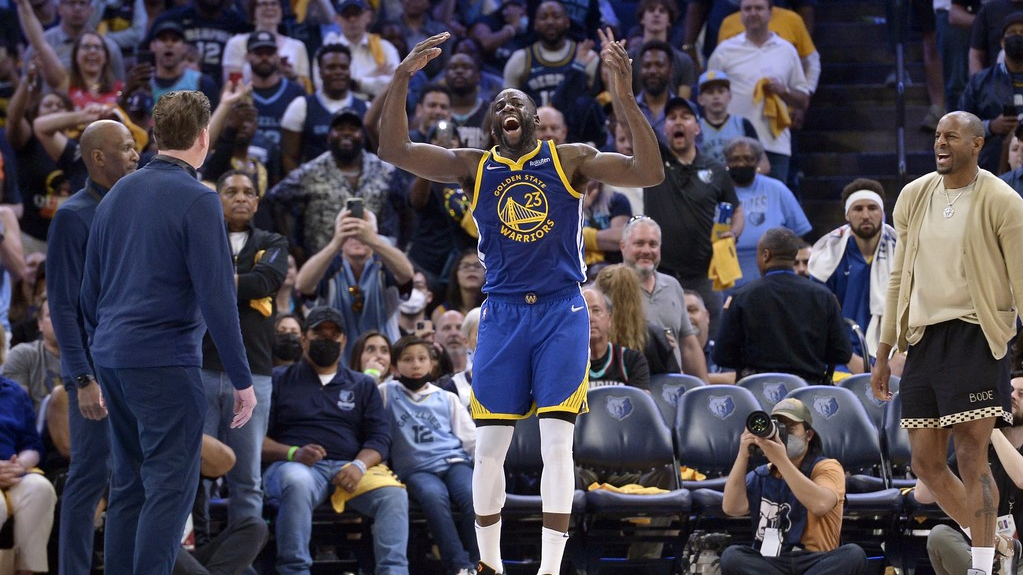 MEMPHIS, Tenn. — Draymond Green was ejected with less than two minutes left in the first half of the Golden State Warriors‘ opening game against the Memphis Grizzlies in their Western Conference semifinal series.

As Memphis forward Brandon Clarke went up for a dunk with 1:18 left in the second quarter, Green initially made contact with Clarke’s head as Green swiped down, grabbing the collar of Clarke’s jersey in the process.

“My hand got caught in his jersey,” Green emphatically told Warriors coach Steve Kerr. He then echoed the same message to the referees as they gathered to review the call.

After it was deemed a flagrant 2, Green ran around the court for several seconds, waving his hands up and down to the crowd and high-fiving his teammates. He was met with roaring boos. As he made his exit, he gave the crowd one last wave before heading down the tunnel.

Warriors guard Stephen Curry told the refs the ejection was “f—ing crazy,” as Curry, Green and the Warriors expected it to be called a flagrant 1.

Jayson Tatum burns Heat with monster night: Best memes, tweets and highlights
3 moves the Heat can make to turn their season around
Gobert ejected for tripping Thunder’s Williams
The Clippers are committed to the Kawhi experience — for better or worse
Brook Lopez is officially the betting favorite for Defensive Player of the Year