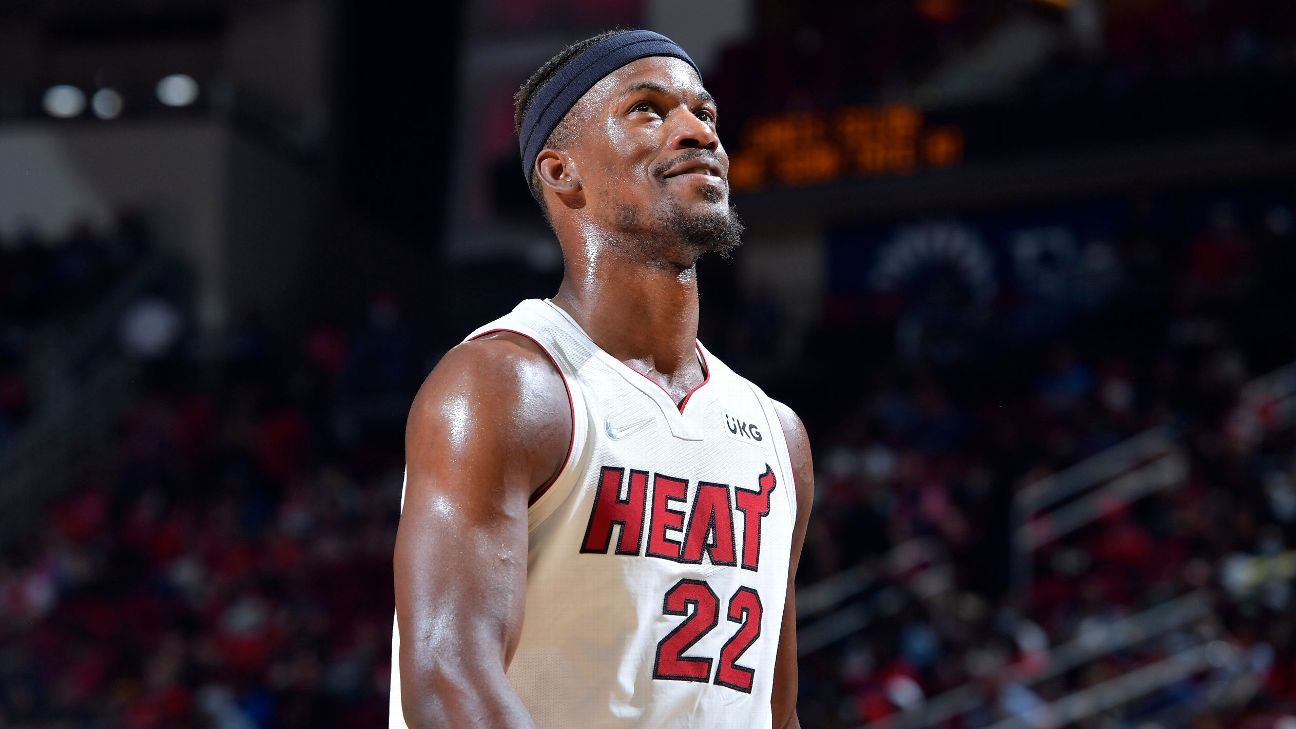 MIAMI — Heat swingman Jimmy Butler is confident he’ll be ready for Game 1 of the Eastern Conference semifinals against the Philadelphia 76ers on Monday night as he continues to deal with right knee soreness.

“It’s all right,” Butler said after Saturday’s practice. “We got another day in between. Get out there, rip and ride. And I know it will be ready to hold up come Monday, but the time off has been great for myself and so many other guys that are nicked up. Everybody’s ready to compete.”

Butler sat out Game 5 of the Heat’s series-clinching win over the Atlanta Hawks on Tuesday night, but he looked solid taking jumpers and moving around the floor a little bit after Saturday’s practice. Heat coach Erik Spoelstra said all the players, a group that included Butler and veteran guard Kyle Lowry, were able to do “a little bit more than [Friday].” Heat guard Tyler Herro said he would be ready for Game 1 after missing Friday’s practice while dealing with a cold.

As the Heat continue preparations for the Sixers series, Butler acknowledged that he feels “bad,” for former teammate Joel Embiid. The Sixers center suffered a mild concussion and orbital fracture in the Sixers’ series-clinching win over the Toronto Raptors in Game 6 on Thursday night. His availability for this series remains unclear.

“I feel bad for my guy,” Butler said. “Obviously, one of my former teammates, arguably the MVP of this league. And I think I speak for everybody that’s a part of this team, we want Jo to play. We want to go up against them at full strength and prove that we can hang with anybody and we can beat anybody. It’s a mishap. I hope he recovers well and gets back very, very soon.”

Butler, who spent part of the 2018-19 season with the Sixers after getting traded from the Minnesota Timberwolves, knows that everything will be different for his former team without Embiid on the floor.

“I’m not an analytics guy, obviously,” Butler said. “But I was told that they’re a much better team defensively whenever he’s on the floor as they should be. I would guess offensively as well. The way that he draws double, triple, quadruple teams. I think it’s quint-teams with all five guys that are guarding him.

“And he makes the right plays as well — but he’s been doing this a long time in this league, damn sure has been this year. He would get my vote for MVP. It’s going to be a challenge but they beat us once without him.”

The NBA75 celebration continues with the NBA playoffs, which runs through June, when the league will crown a champion for its milestone season.

• Lowe: Why Bucks need peak Giannis
• Pelton: How Sixers adjust without Embiid
• A star guard has arrived in Dallas
• Herro fuels the best version of the Heat

Spoelstra also is confident that the Heat won’t have a mental letdown as they wait to see how long Embiid will be out.

“You have to be prepared in playoff series for changes that inevitably happen,” Spoelstra said. “Whether it’s this change or another change, there are a lot of unpredictable things that happen. I believe that our team has experience dealing with a lot of variables, changing of the goalposts, and doing it with a steadiness and that’s just how we’ll have to approach this.

“It starts with deep respect; one for what we’re trying to accomplish and deep respect for your competition which our guys have. And it’s hard not to have that respect when you bring up the names that are still available.”