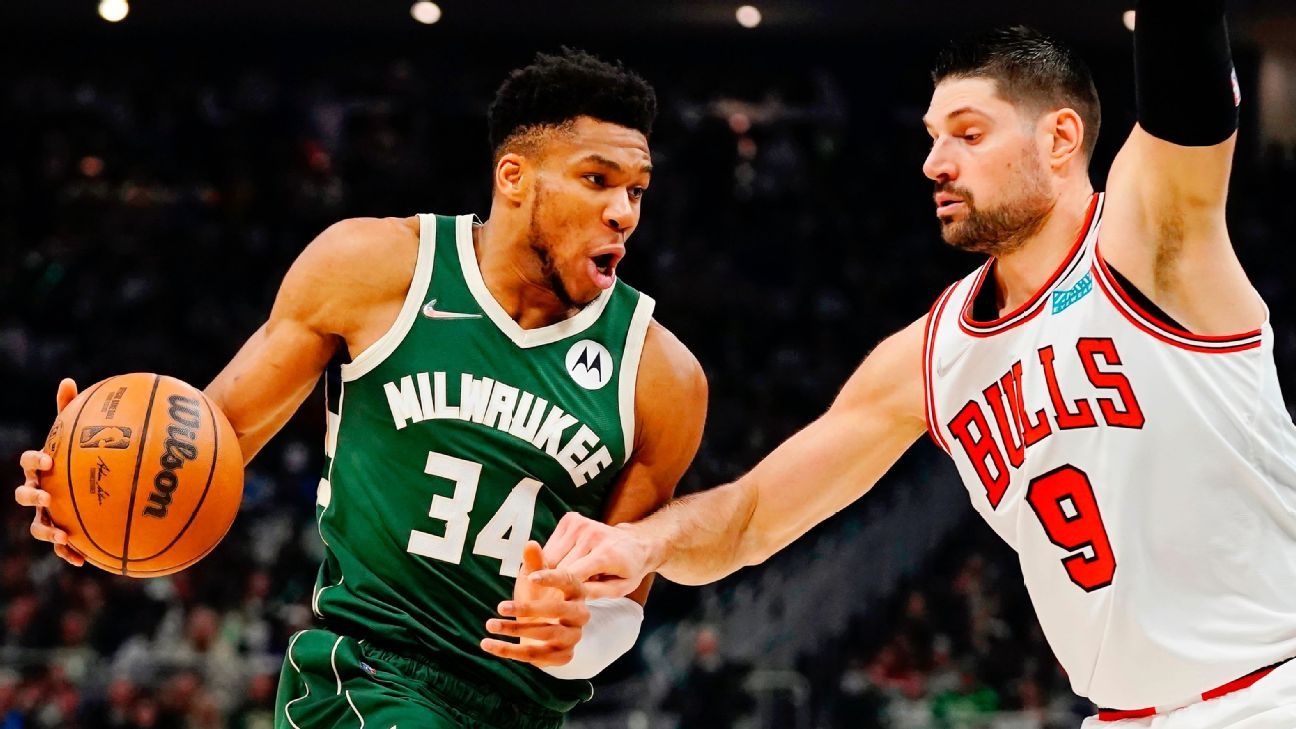 MILWAUKEE — The Bucks lost forward Khris Middleton to a sprained MCL and responded with three consecutive victories over the Chicago Bulls, advancing to the second round of the NBA playoffs with a 116-100 win in Game 5 on Wednesday.

The Bucks will play the Celtics in the second round; Game 1 is scheduled for Sunday in Boston.

After splitting the first two games of the series, Milwaukee asserted its dominance over Chicago. The Bucks held the Bulls to under 100 points in three of the five games, winning each of the final three games by double digits.

With Bulls guards Zach LaVine (health and safety protocols) and Alex Caruso (concussion protocol) both sidelined for Wednesday’s game, the Bucks were able to key in defensively on Bulls star DeMar DeRozan, who was limited to 11 points on 5-of-10 shooting.

All 10 of DeRozan’s field goal attempts were contested, and he was double teamed 27 times in Game 5, the most doubles of a single player in a playoff game in the past three seasons, according to research by ESPN Stats & Information. He faced 24 double teams in the previous four games combined.

The Bucks turned up the defensive intensity to make up for the absence of Middleton, who sprained the MCL in his left knee during the fourth quarter of Game 2.

The team’s initial timeline for Middleton had him scheduled to be re-evaluated in two weeks, which puts his availability for the start of the second round in jeopardy.

This photo will hang on permanent display in the museum of A** KICKINGS – Stephen A. Smith
Luka, Mavs avoid sweep: ‘Still believe we can win’
NBA Insider: The first two picks in the NBA Draft are already decided
Delonte West is back on the court and available in The Big 3 draft pool
Lil Wayne’s old tweets go viral during courtside appearance at Warriors playoff game