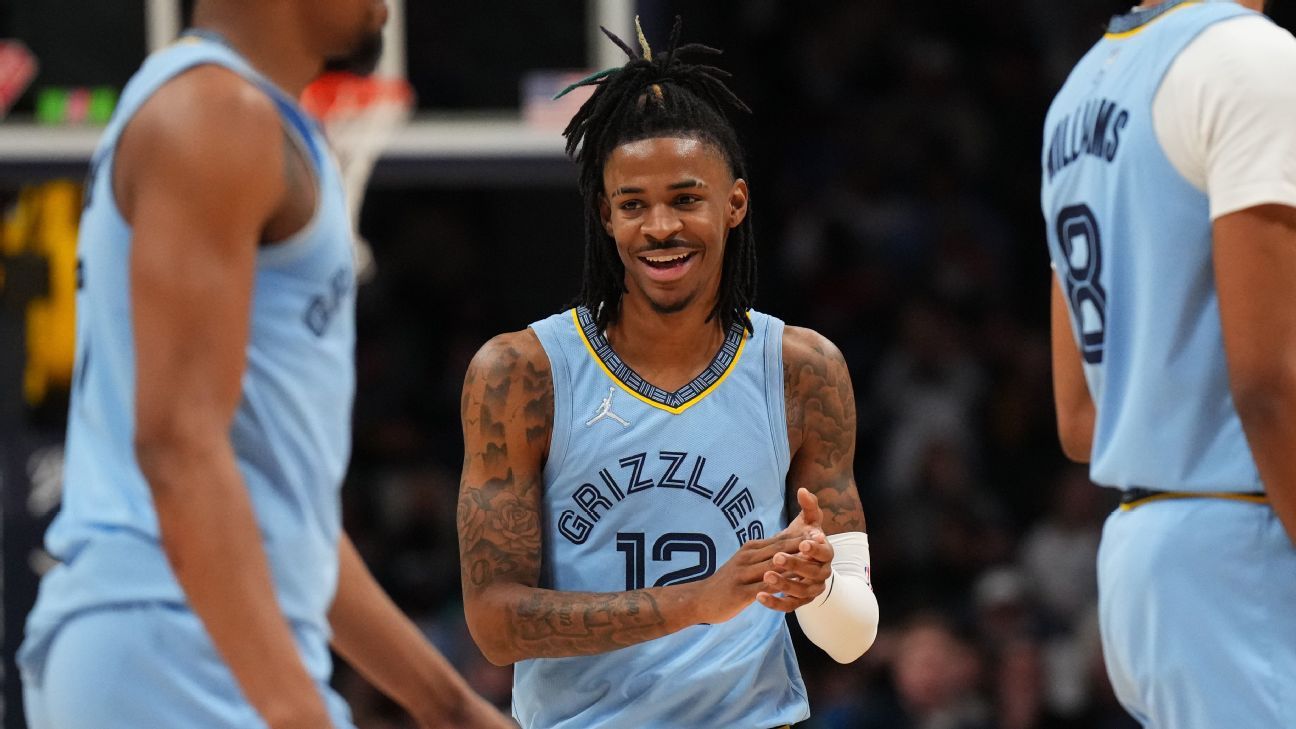 Ja Morant has been named the NBA’s most improved player after a season in which the Memphis Grizzlies point guard went from future star to superstar.

In his third year, Morant was named an All-Star starter and averaged career bests of 27.4 points and 5.7 rebounds per game to go along with 6.7 assists.

Though listed at just 6-foot-3 and 174 pounds, Morant put together a highlight reel packed with spectacular dunks and finishes at the rim, and high-flying blocks.

The improvement Morant displayed helped the Grizzlies win 18 more games this season compared to last and go from playing their way in to the postseason last year to being the No. 2 seed in the Western Conference after a 56-26 regular season.

Over and Back: NBA championship dreams and chemistry nightmares
LeBron James responds to Tom Brady’s challenge for a 1-on-1 matchup
Booker relishing first G7, says Suns are ‘locked in’
LeBron reveals his favorite player to watch in the NBA
Watch: Rick Ross grabs rebound in Heat-76ers game, 10-day contract next?