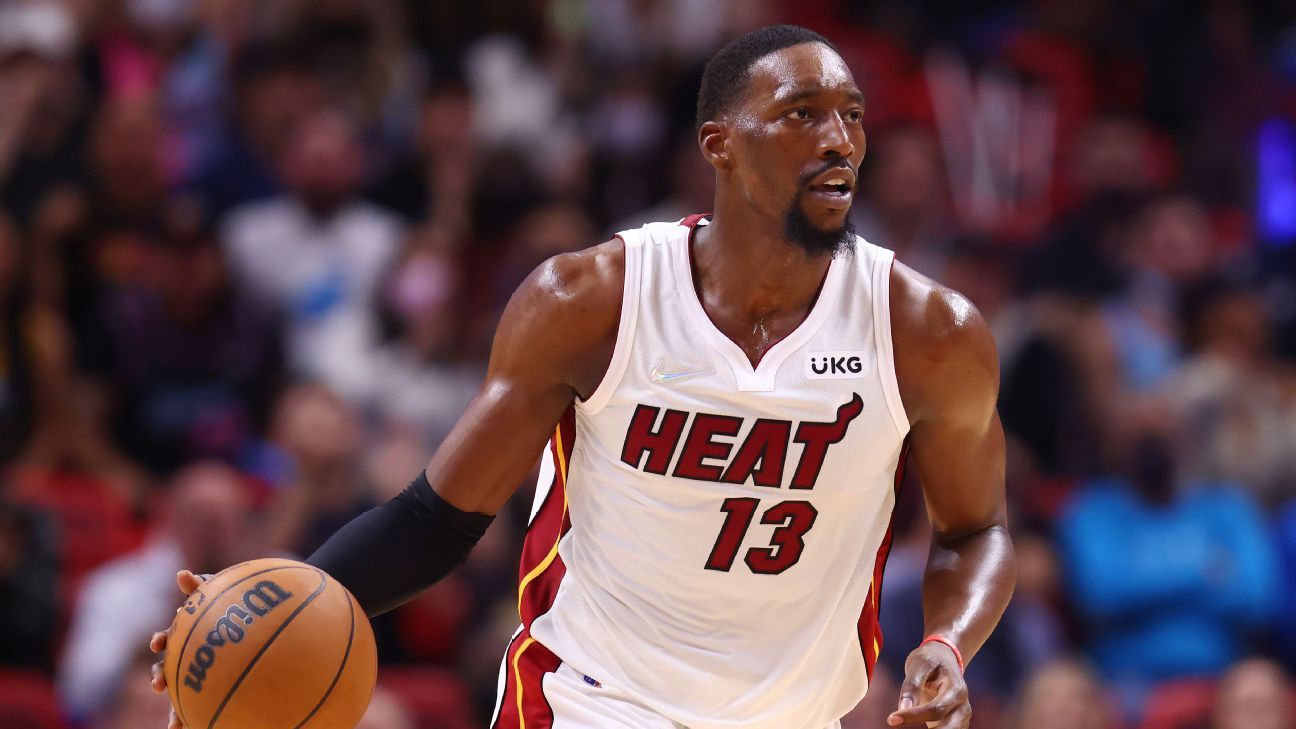 MIAMI — A couple of hours after the Miami Heat opened up their postseason run with a dominant 115-91 win over the Atlanta Hawks on Sunday, the NBA announced the finalists for the 2021-22 regular-season awards.

“I’m just really stunned that Bam is not a finalist,” Spoelstra said after practice Monday. “I don’t know what people are watching. And he’s played in enough games, so I don’t want that as an excuse, either.”

The Heat’s do-everything big man believes the voting was skewed not by overall availability, but by how many times the top candidates’ games garnered the national spotlight.

“Disrespectful,” Adebayo said Monday when asked about the announcement of the finalists. “I feel like I can do anything that two out of the three can do. Besides, I mean, I can’t teach height. But they all three play on TV more than me. So I would expect that. They get more TV games and they get more exposure. People like to talk about them more. Don’t nobody want to talk about us. So, it’s whatever at that point.”

Coming into the season, the Suns had 34 nationally televised games scheduled. The Celtics had 32, the Jazz had 26 and the Heat had 22.

“I feel like that’s why a lot of dudes do get a lot of awards, in my opinion,” Adebayo continued. “They’re always on TV getting to showcase their talent and just so happen to have good games.”

Herro’s and Spoelstra’s inclusion in the awards announcement is contradictory evidence to Adebayo’s claim. The fact that Miami went 17-9 in the games he missed would also suggest that the Heat’s team defense was a major factor in Adebayo’s success within it.

But Adebayo’s main point of contention was the national TV schedule.

Spoelstra said that Adebayo’s impact jumps off the screen for anyone that manages to tune in.

“Just watch any one of our games,” Spoelstra said. “You have a defensive system that’s built around his toughness and versatility. And it’s not a cliché, it’s not just a thing you throw out there that he can literally guard 1 through 5. You can count on one hand in his association of 450 how many guys that you can legitimately say that can compete on the ball 1 through 5 at all five positions. And he’s at the very top of that list. That’s unique unto itself.”

Herro is just fine with folks spending more time talking about other series like the Boston Celtics versus the Brooklyn Nets rather than what’s bubbling down in South Beach.

“We don’t really want attention,” Herro said. “You guys can keep the attention for the other teams in the East. They got to come through here anyways, so we’ll see what happens.”

Miami, the No. 1 seed in the East, will look to build a 2-0 lead over the No. 8 Atlanta Hawks on Tuesday night.