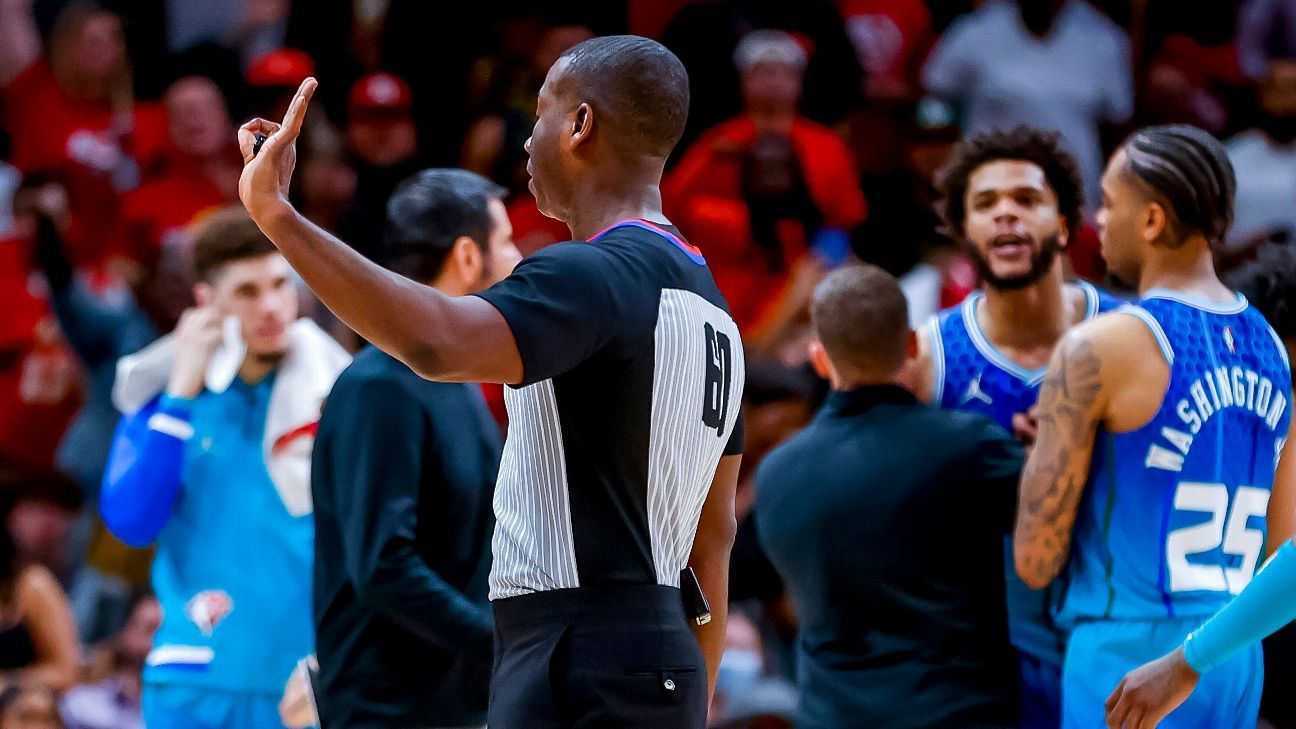 Charlotte Hornets forward Miles Bridges struck a young fan with his mouthpiece after he was ejected from the team’s 132-103 play-in loss to the host Atlanta Hawks on Wednesday night, later calling his actions as he exited the court “unacceptable.”

With Atlanta up big in the second half and Charlotte’s season winding to its end, Bridges was whistled for a goaltending call on De’Andre Hunter midway through the fourth quarter and immediately went after game official James Williams, who called two quick technicals on the fourth-year player.

As Bridges left the court and headed to the Charlotte locker room, a Hawks fan yelled in his direction, leading him to turn around and throw his mouthpiece, which hit another fan who was standing nearby around her shoulder. The girl he hit is 16, she told the Charlotte Observer.

“I was aiming for the guy that was screaming at me and it hit a little girl,” Bridges said. “So that’s definitely unacceptable on my part and I take full responsibility. … That’s out of character for me. You’ve been around me; I don’t act like that or ever flash out like that. So that was definitely wrong, a lot of emotions and hopefully I can get in contact with the young girl and sincerely apologize to her and do something nice for her, but that’s definitely on me.”

It was among the low points on a night filled with them for Charlotte, which was overwhelmed in the No. 9 vs. No. 10 play-in game for the second year in a row and hasn’t made the playoffs since 2016.

Asked about Bridges’ actions after the loss, Charlotte coach James Borrego said he wasn’t aware of what happened.

James Capers, the crew chief for Wednesday’s game, said Bridges was given the first technical because he “aggressively approached the official with a clenched fist.”

“He was ejected because he used profanity directed at the official and it was his second technical foul, by rule, that is an automatic ejection,” Capers said via the pool report.

Bridges is now subject to NBA discipline for his actions.

Whatever the league says, Bridges said he’ll accept it.

“I was upset about a call, a couple of calls really,” he said. “I let my temper get the best of me. It was definitely the wrong thing to do.”

LeBron James can’t escape Lakers trolls, even in FA Cup tweet
Joel Embiid finally gets his MVP, just not the one he wanted
Heat lose Jimmy Butler for Game 3 and Celtics immediately start comeback
Klay Thompson on Kevon Looney: HE IS SO BIG TIME | NBA on ESPN
Tatum on Game 5: Celtics ‘shouldn’t relax’