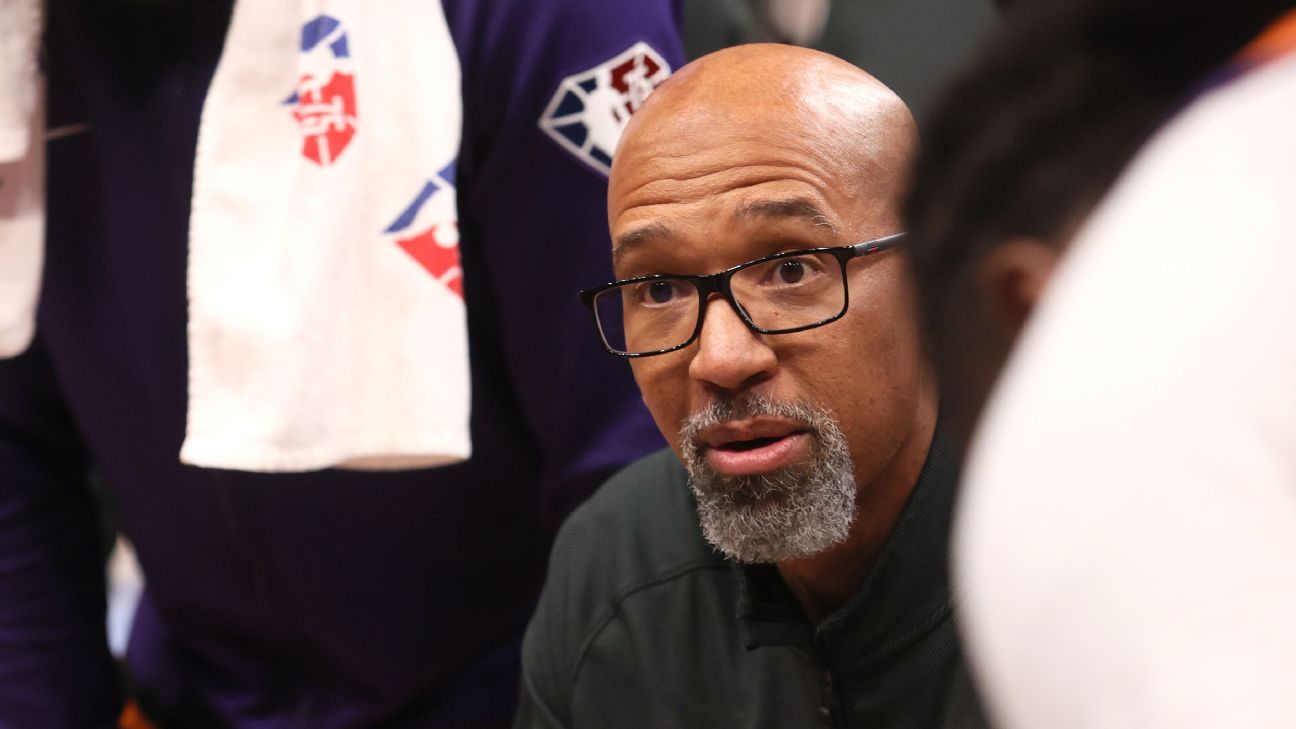 Phoenix Suns coach Monty Williams — architect of the NBA’s best regular-season team — has been voted the National Basketball Coaches Association Coach of the Year for a second consecutive time.

The award, named in honor of the late NBCA executive director Michael H. Goldberg, is based on a vote of the league’s 30 head coaches.

The league will announce the NBA’s Coach of the Year winner later in the playoffs — an award based upon media voting.

The Suns set a franchise record with a 64-18 regular-season record and will be the No. 1 seed in the NBA playoffs. Under Williams, Phoenix became the first team to exceed its victory total by at least 11 games in three successive years.

Williams has overseen the evolution of a machinelike precision with these Suns in his three years as coach. Phoenix joined the 1969-1970 New York Knicks as the only teams to finish with a better road victory percentage than every other team’s home victory percentage in a season, according to ESPN Stats & Information research.

Also, the Suns were 47-0 this season when leading after three quarters — the best in the shot-clock era. The only two other teams that went undefeated in this scenario in the regular season both included LeBron James — the 2017-2018 Cleveland Cavaliers and the 2019-2020 Los Angeles Lakers, per ESPN Stats & Information research.

The Suns ranked in the top five in offensive and defensive efficiency this season, and went 33-9 in clutch-time games — the best record in such situations in the NBA since the 2015-2016 Golden State Warriors, according to Stats & Information research.