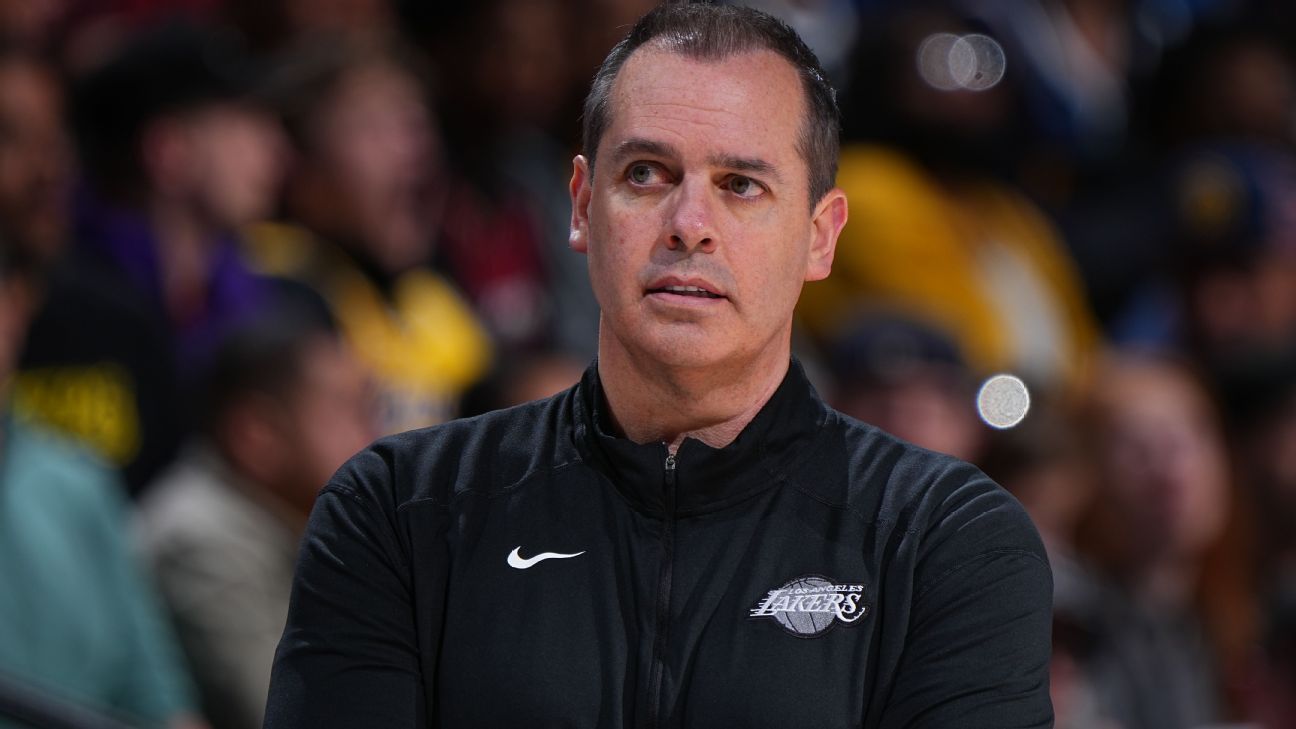 “I have a tremendous amount of respect for Frank both on and off the court,” Lakers vice president of basketball operations and general manager Rob Pelinka said in a statement. “Frank is a great coach and a good man. We will forever be grateful to him for his work in guiding us to the 2019-20 NBA championship. This is an incredibly difficult decision to make, but one we feel is necessary at this point. All of us here wish Frank and his wonderful family all the best for the future.”

The Lakers have not dismissed any of Vogel’s coaching staff at this time, league sources told ESPN’s Dave McMenamin.

The Lakers finished the 2021-22 season a disappointing 33-49, failing to qualify for the play-in tournament.

Continuity was a constant challenge for Vogel and the Lakers this season, as they had to contend with injuries to stars LeBron James and Anthony Davis and a roster construction with challenges that included limited shooting and athleticism.

Los Angeles was the only team to not have a single five-man lineup play 100 minutes together, according to ESPN Stats & Information research. Despite entering the season with high expectations, the Lakers were only able to have James, Davis and Russell Westbrook on the floor together for 21 games. They went 11-10 in those contests.

The Lakers finished the season in the bottom 10 in both offensive and defensive efficiency, ranking 21st in defensive rating after finishing first in 2020-21 and third in 2019-20.

L.A. lost 18 of 24 games following the All-Star break, with only the Portland Trail Blazers, Houston Rockets and Indiana Pacers finishing with worse records during that span.

Vogel was 127-98 in three seasons and led the Lakers to their 17th NBA championship in the Orlando bubble during the COVID-affected 2019-20 season.