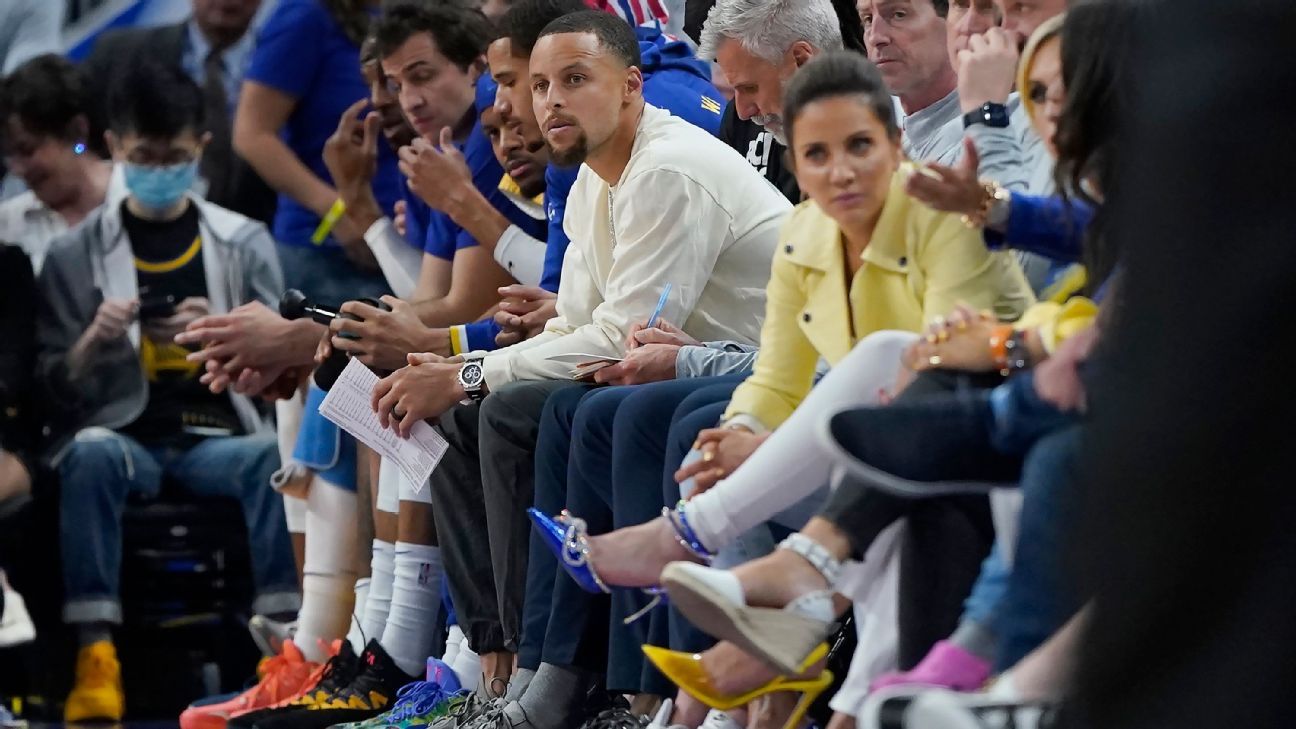 NEW ORLEANS — As the Golden State Warriors wrap up their regular season, the status of Stephen Curry for the start of the NBA playoffs is still up in the air as he works his way back from a left foot sprain.

“We’ll see how everything goes with Steph next week. There is a chance he could be ready for Game 1, there is a chance he might not,” Warriors coach Steve Kerr said ahead of the team’s regular-season finale against the New Orleans Pelicans on Sunday night. “It’s literally going to be a day-to-day thing as it unfolds this week. We’ll know a lot more after the next few days when he’s ramping up his work.”

The Warriors’ first game in the opening round of the playoffs will either be on April 16 or April 17.

As of Sunday evening, Kerr had not spoken with the team’s head trainer, Rick Celebrini, and didn’t have an update on what kind of work Curry has been able to do over the past several days while the Warriors have been on the road.

Before their trip, Curry had advanced to individual shooting work but had not participated in any team activity.

Over the next week, the plan is for Curry to increase his practice and workload as the team prepares for the playoffs. Golden State will host several practices throughout the week while there are no games, and plans on having at least one day dedicated to a full scrimmage — or “dress rehearsal,” as Kerr called it.

“It’s up in the air, as far as Steph’s participation,” Kerr said. “We’ll see how it goes the next couple of days. … As the week goes on, we’ll see where Steph is, but I imagine this will go right down to the wire, as far as Game 1 is concerned — whether we know his availability or not.”

Following Curry’s last reevaluation on April 1, sources told ESPN that both Curry and the Warriors felt confident that his recovery timeline would allow him to be back for the start of the Western Conference playoffs.