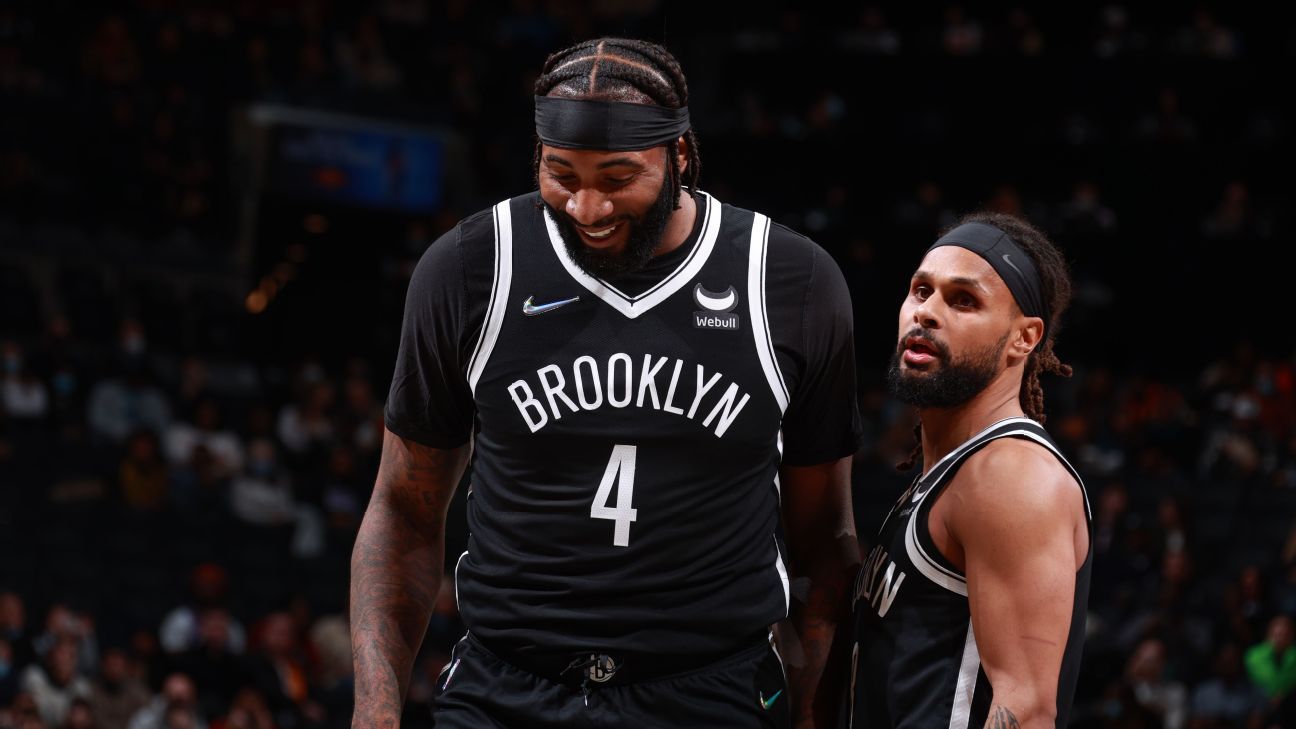 NEW YORK — As the Brooklyn Nets prepare for the final 11 games of the regular season, center Andre Drummond offered an interesting perspective on how he hopes the team approaches the stretch run.

“Got to treat this s— like pickup,” Drummond said, laughing, after Sunday’s practice. “Just take the best five and try to make it work. And try to build chemistry while we’re out there.

“But I think the best thing about our team is we have guys that are experienced, guys that have been in the league for five- to seven-plus years. So I think with that, we’ll be able to figure it out.”

The Nets have been shuffling their lineup ever since a COVID-19 outbreak in December and welcomed Kyrie Irving, who is not vaccinated against COVID-19, back as a part-time player in early January. The team also dealt with an MCL injury for star forward Kevin Durant that kept him out for more than a month and a half and made a trade-deadline deal with the Philadelphia 76ers that brought in Ben Simmons, Seth Curry, Drummond and two future first-round picks in exchange for All-Star guard James Harden and Paul Millsap.

“I wouldn’t go that far,” Nets coach Steve Nash said about Drummond’s comment. “Hopefully we are more purposeful than just a pickup game. But I get what he’s saying. And I’ve talked to the team about this. We don’t have time to give away days. … We’ve talked to the group a lot about 11 games.”

As confident as the Nets, who sit in eighth place in the Eastern Conference with a 37-34 record, remain that they can turn things around, Nash acknowledged that they are playing against teams that have the benefit of being together a lot longer than the Nets.

“We’re playing against teams with four or five, six years of corporate knowledge,” Nash said. “A lot of that end-of-game execution stuff is rote for them. They’ve been through it before. We don’t have that. So I think that’s what Andre’s getting at is we got to really work hard and be conscientious of what are the little details that are going to help us win games.”

As the Nets try to get things in order, they must do so with Irving still unable to play in home games because of New York City’s vaccination mandate and waiting and hoping that Simmons’ back will improve to a point that he can play. Simmons still isn’t able to do anything at practice after getting an epidural in his back this past week.

Despite the setbacks, Nash is still hopeful that Simmons plays at some point this season.

“I’m fully expecting to have him this year,” Nash said. “So that’s where my head’s at.”

The Nets declined to make Irving available for comment Sunday.