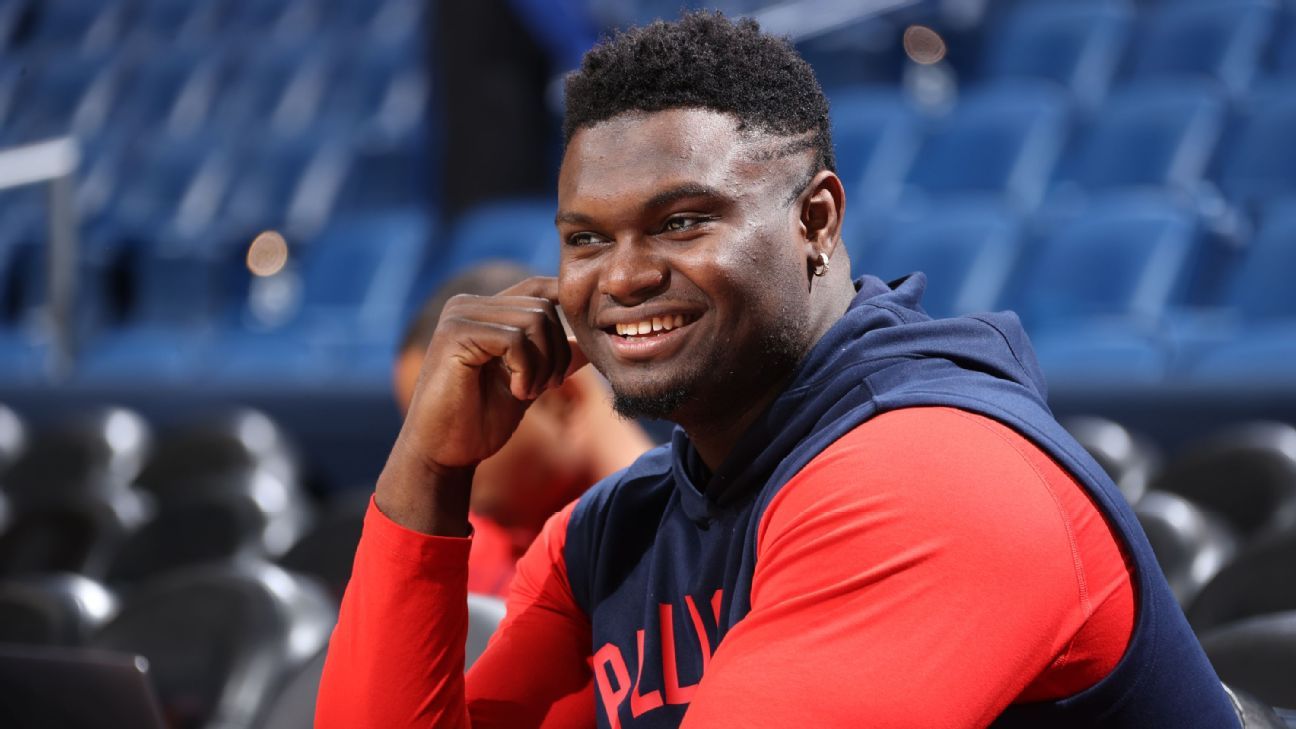 New Orleans Pelicans forward Zion Williamson has returned to the city after spending nearly two months in Portland rehabbing his injured foot away from the team, sources told ESPN on Saturday.

Williamson, who fractured the fifth metatarsal in his right foot during the summer, is set to rejoin the team next week. Sources told ESPN that Williamson will not travel with the team initially, and with the Pelicans set for a quick two-game road trip to Denver and Memphis, Williamson will be back around the team when it returns to New Orleans.

On Wednesday, the Pelicans announced Williamson’s fractured right foot was showing signs of improved bone healing and that he was going to gradually progress to full weight-bearing exercises and basketball activities.

While he remains out indefinitely, he is now set to take the next step in his rehab process around the team, sources said. Williamson has not progressed to the point where he can even play one-on-0 yet but will work toward that under the supervision of the Pelicans’ strength and training staff.

Williamson has yet to play this season and has played in only 85 games in his young NBA career.

Without Williamson, the Pelicans have made a surge toward the play-in tournament. After starting the season 3-16, New Orleans is 24-20 since then and has taken hold of the No. 10 spot in the Western Conference standings.

New Orleans sits a half-game back of the Los Angeles Lakers for the No. 9 spot. Since trading for CJ McCollum just before the trade deadline, the Pelicans have gone 5-4 but are on a four-game winning streak.