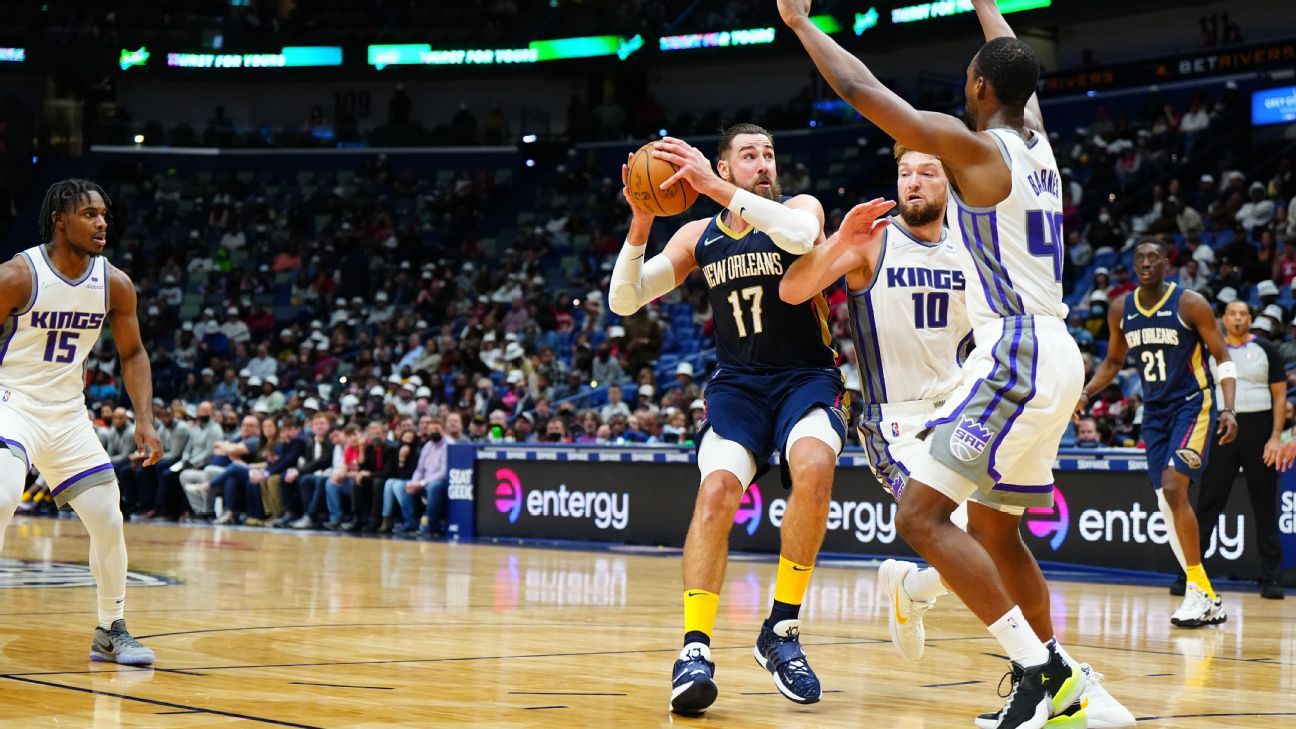 NEW ORLEANS — The New Orleans Pelicans wore yellow socks during their game Wednesday night against the Sacramento Kings in a show of solidarity with Ukraine and to “bring more attention” to the large-scale invasion of the country by Russian military.

Pelicans center Jonas Valanciunas, who is from Lithuania, along Russia’s western border, said a day after the invasion began last week that “war is not the solution.” He spoke out again on Wednesday.

“As we talked last time, it’s a big mess,” Valanciunas said. “We’re just trying to bring more attention. The enemy is still out there. Innocent people are still dying. The whole world is talking about sanctions, support, prayers — but something else has to be done because the war is still going on.

“It’s been a tough seven days now. Every time looking at your phone and seeing what’s going on out there — it’s shocking.”

Pelicans coach Willie Green said the team came up with the idea while it was in Los Angeles on its most recent road trip and decided to wear the yellow NBA-issued socks together against Sacramento.

“Just having mindfulness, it’s one of our core values. Just having awareness of what’s going on in the world. The guys wanted to do something to show their unity,” Green said. “That’s what they chose to do. We just want to make sure we keep folks in our prayers and we understand we’re blessed to have this platform to be able to play basketball but, you know, there’s some people who have it tough out there.”

Pelicans forwards Naji Marshall and Brandon Ingram both said Valanciunas has spoken to the team about the invasion in the past few days.

The Pelicans defeated the Kings 125-95 on Wednesday. Valanciunas had 17 points and 14 rebounds while going against fellow Lithuanian Domantas Sabonis.