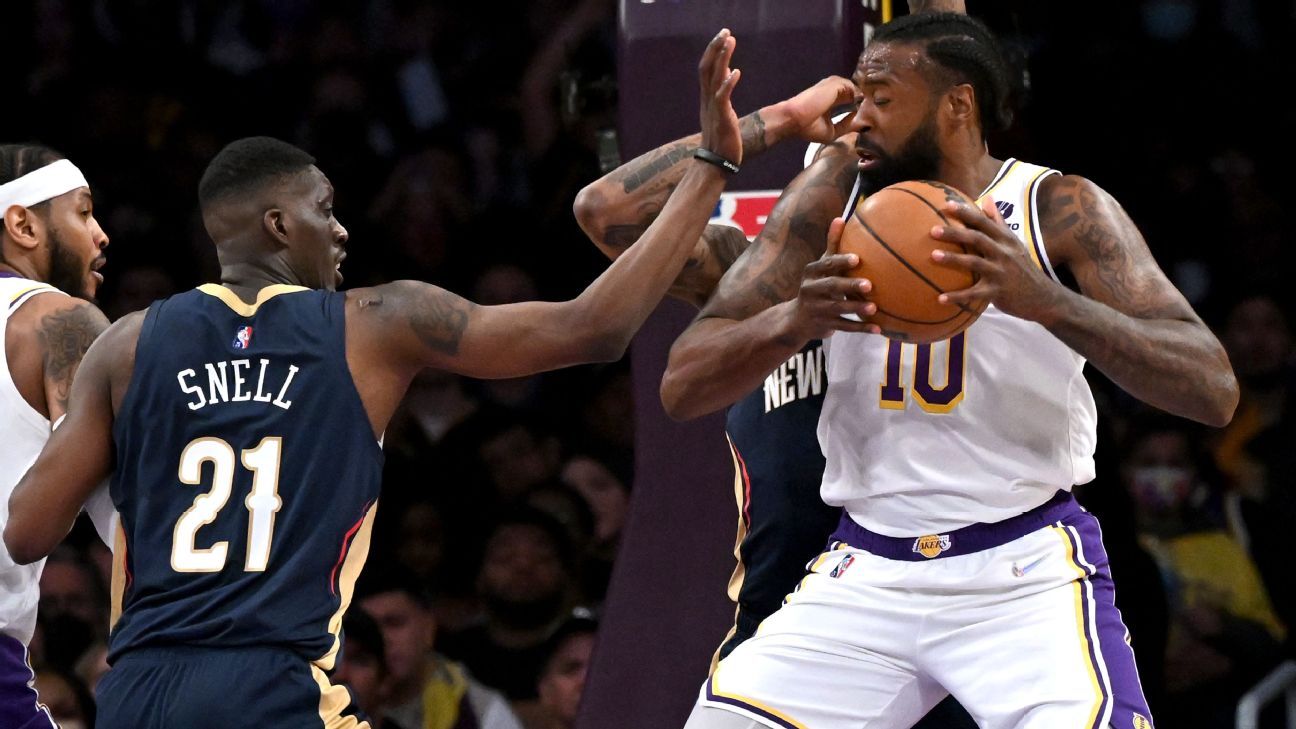 The Philadelphia 76ers are emerging as front-runners to acquire center DeAndre Jordan either as a waiver claim or a free-agent signing, sources told ESPN on Monday.

The Sixers have been aggressive in pursuit of a backup center since including Andre Drummond in the trade-deadline deal to acquire James Harden from the Brooklyn Nets, sources said, and the Lakers’ waiving of Jordan on Monday moves the Sixers closer to filling that roster hole.

The 33-year-old Jordan, who signed a one-year, $2.6 million minimum deal to join the Lakers this season, would save the Sixers $2.3 million in luxury tax if he signed a free-agent deal instead of getting claimed on waivers.

The Sixers have an open roster spot to take on Jordan, who started 19 games this season before dropping out of Los Angeles’ rotation. Jordan was All-NBA first team with the LA Clippers in 2016 and a two-time All-NBA defensive first-team choice in 2015 and ’16.

Augustin, 34, played 34 games with the Houston Rockets this season, averaging 5.4 points and 2.2 assists. L.A. has been without a true backup point guard to spell Russell Westbrook after trading Rajon Rondo to Cleveland in January.

Information from ESPN’s Dave McMenamin and Bobby Marks was used in this report.