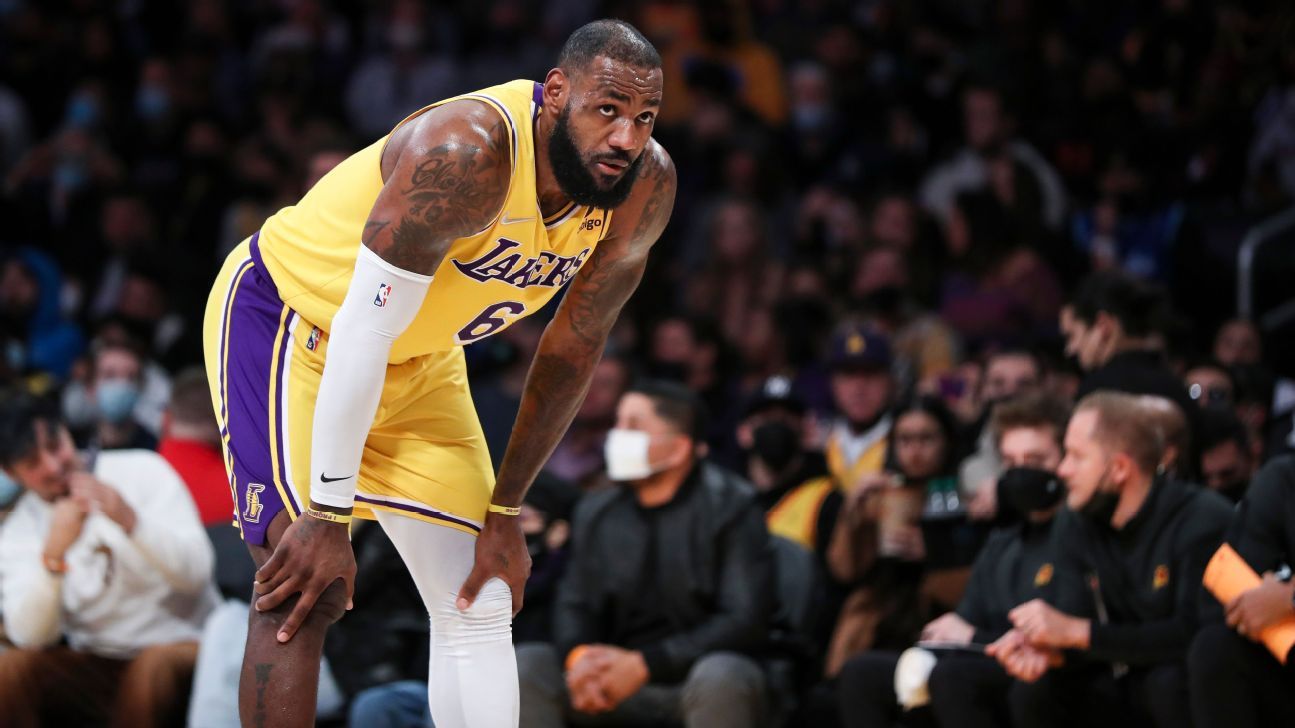 LOS ANGELES — Trayvon Martin was just 17 — the same age LeBron James‘ oldest child, Bronny, is now — when he was shot and killed by neighborhood watch volunteer George Zimmerman 10 years ago this week.

James’ response to Martin’s death — including a famous tweet of the Miami Heat with their hoodies pulled up — was the start of a public commitment to social activism.

“Until you know who you are, it’s hard to speak for other people. Or speak for anything. You got to be comfortable with yourself,” James told ESPN earlier this month when asked about Martin’s death. “I think it’s unfortunate that we, as a society sometimes, we want certain people to talk and we want certain people to [take on issues]. Like, ‘Why aren’t you speaking for [this community]?’ I think for me, when I was younger, I wasn’t in that position to do that.”

Martin, a Black, unarmed teenager who was wearing a hooded sweatshirt and on his way home in a gated community after purchasing candy and iced tea from a convenience store, was killed Feb. 26, 2012, in Sanford, Florida — some 250 miles north of Miami, where James was playing his second season with the Heat.

As Martin’s death started to garner national attention, James and his Heat teammates posed for a photo on March 23 that year in a hotel ballroom with their team-issued Miami hoodies pulled over their heads. The message that accompanied the image of the 13 players standing shoulder to shoulder was one of solidarity: #WeAreTrayvonMartin.

James was 27 at the time and had yet to win any of the four championships he went on to earn with the Heat, Cleveland Cavaliers and Los Angeles Lakers. James, who appeared on the cover of Sports Illustrated with the headline “The Chosen One” at 17, was drafted with the No. 1 pick out of high school at 18 and had his signature Nike sneakers flying off the shelves by 19, was still figuring out life in the spotlight after his controversial “Decision” made-for-TV special followed by his first season in Miami ending with a disappointing NBA Finals loss to the Dallas Mavericks.

“I grew,” James said. “I grew. And as I grew to know who I am, to know what I want do with my life, to know the family that I have, now I understand that my calling is to be able to inspire others and also be able to give voices to people that don’t have voices.”

James said a confluence of factors — his age, the proximity of Martin’s death to Miami and the emerging ubiquity of smartphones and social media — created the moment he stepped into.

“Timing is everything,” he said. “I was growing at the same time that the world was seeing these things that had always been happening, but because of some smart motherf—ers in tech, they were able to put these phones and these cameras and these direct things that were happening right now to the eyes of people. And I was growing at that same time and I had that platform. So it was, it was just [in sync].”

While James often is cited as the curator of the photo, he credits his Heat teammates for their involvement.

“We [sat] on top of the biggest throne in the sport,” James said. “Every single media outlet — good, bad, whatever — talked about the Miami Heat, the Heatles. Myself, [Dwyane] Wade, [Chris] Bosh, everybody, [coach Erik Spoelstra]. They all talked about us every single day.

James, a father of three, said the Heat thought about how devastated they would be if they were Martin’s parents.

They latched onto Martin’s clothing, he said, because not only could they see their children dressed that way, but they wore hoodies too.

“Everywhere that we went, we always traveled in our Miami Heat hoodies. Everywhere we went. That was like our uniform,” James said. “When we traveled on the road, we had a Miami Heat hoodie on. When we came down for our team meetings, we were always unified [wearing the hoodies].”

The don’t-judge-a-book-by-its-cover intent was unmistakable. If millionaire athletes who are cheered and admired by thousands wore hoodies on business trips, there was no way an unarmed teenager should be considered suspicious for donning the same thing.

“That was our moment of solidarity,” James said. “Not only for Trayvon Martin and not only for his family, but for every Black kid in America and in the world who wears a hoodie.

“You’re not a criminal because you put a hood over the top of your head. It’s a uniform for us. That’s what we do. That’s what we wear. We don’t have the luxury of wearing suits or having button-downs. We don’t have the means to get sweaters and things of that nature. Our uniform is T-shirts, hoodies and shorts. That’s our uniform growing up as a Black kids in the inner city.

“That was our moment to be able to let Trayvon Martin and his family know, but the whole entire Black community and also white America know, that we ain’t for that bulls—.”

Zimmerman was acquitted of second-degree murder in July 2013. But the incident was a catalyst for social justice in the United States. That push included George Floyd’s murder by police officer Derek Chauvin in May 2020, which prompted a national reckoning over how Black Americans are treated in the country.

“As I grew to know who I am, to know what I want do with my life, to know the family that I have, now I understand that my calling is to be able to inspire others and also be able to give voices to people that don’t have voices.”

James has continued his activism, becoming nearly as well known for his voice on social issues as he is for his skill on the basketball court.

James said racism is “learned in the household,” not something people are born with. So there is hope, even if things seem bleak, he said.

“That’s how America has been for a long time and the s– ain’t going to change, but what will change is how guys in power [respond],” James said. “And what will change for me, and what has already changed, is I will continue to speak up for my people no matter if [society] likes it or not.”