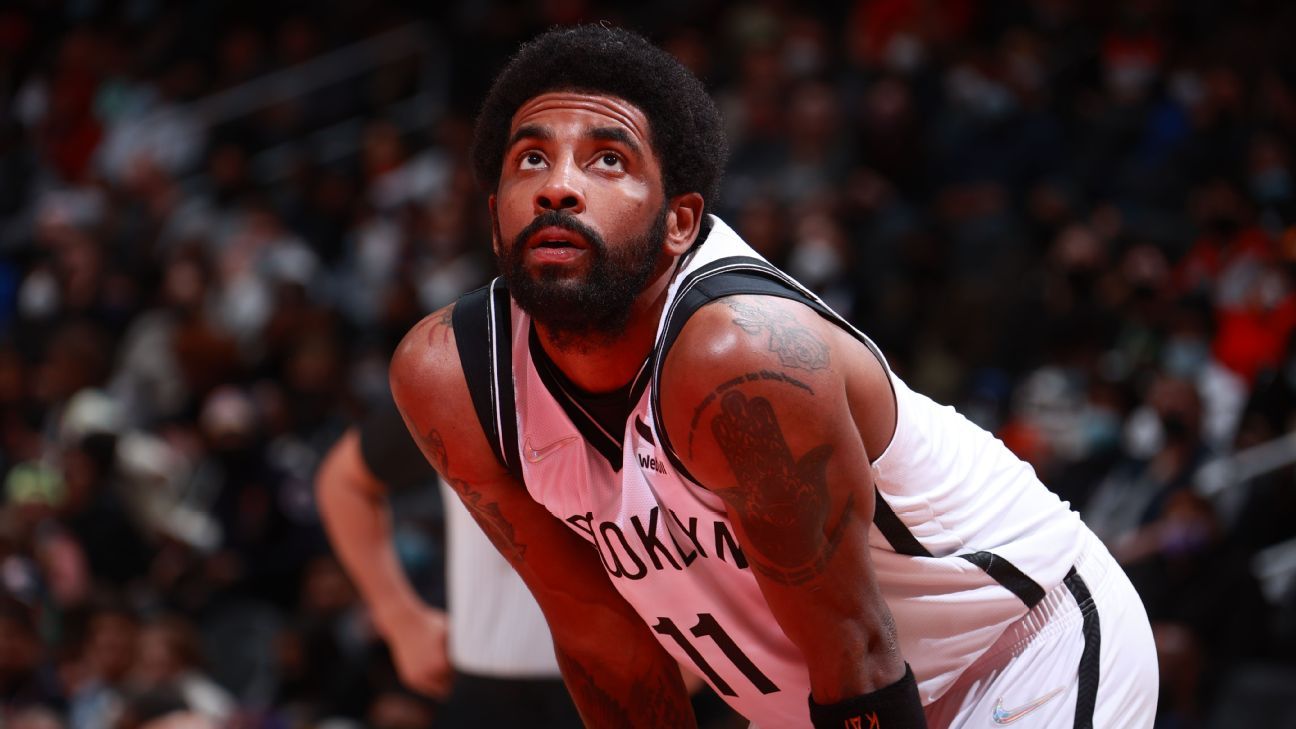 NBA commissioner Adam Silver said the New York City vaccination mandate that is preventing Nets guard Kyrie Irving from playing in home games “doesn’t quite make sense to me” during an appearance on ESPN’s Get Up on Wednesday morning.

As an unvaccinated player against COVID-19, Irving cannot play at the Barclays Center because of the mandate. However, a player from a different market who is unvaccinated can play in New York City.

“This law in New York, the oddity of it to me is that it only applies to home players,” Silver said. “I think if ultimately that rule is about protecting people who are in the arena, it just doesn’t quite make sense to me that an away player who is unvaccinated can play in Barclays but the home player can’t. To me, that’s a reason they should take a look at that ordinance.”

Silver said that the league wanted to make vaccinations a requirement for players but the NBPA pushed back at that. Still, he mentioned having 97-to-98% of players vaccinated and a “vast majority” boosted.

With the NBA offices in New York City, Silver has seen firsthand some of the masking restrictions being lifted and mentioned there’s a “feel” in the city and more people are out and about.

“So while again, my personal view is people should get vaccinated and boosted, I can imagine a scenario where Brooklyn, as part of New York City, with a new mayor now who wasn’t in place, Eric Adams, when that original ordinance was put into place, I could see him deciding to change along the way and say it’s no longer necessary to have a mandatory vaccination requirement, as I said particularly one that only affects home players,” Silver said.

Last Saturday while talking to reporters in Miami, Irving expressed hope that the mandate would get overturned allowing him to play in home games.

“There’s no guilt that I feel,” Irving said. “I’m the only player that has to deal with this in New York City because I play there. If I was anywhere else in another city then it probably wouldn’t be the same circumstances. But because I’m there, we have [mayor] Eric Adams, we have the New York mandate, we have things going on that are real-life circumstances that are not just affecting me, bro. So you ask me these questions, I don’t feel guilt.

“I’m just living my life as best I can, just like everybody else that missed these last two years. I didn’t have a plan in place while all this was going on, didn’t know. The NBA and the NBPA made it very clear that there would be things that I would be able to do to work around this. And that’s off the table. So you tell me if I’m just alone out here or do I have support from everybody else that’s dealing with the same thing?” Irving’s comments came two days after the blockbuster trade that sent James Harden from the Nets to Philadelphia and brought Ben Simmons to Brooklyn in a trade that played out publicly in terms of trade demands.

When asked about what the data showed on the impact superstar movement has had on NBA fans, Silver said viewpoints have changed over the years.

“I remember David Stern’s sort of standard mantra was he would say Larry and you’d say Boston, you’d say Magic, you’d say Michael and you’d say Bulls but that was a different time,” Silver said. “Now, what we’re seeing in the league, first of all, shorter contracts, which I don’t think is a bad idea because one of the things we tried to do working with our Players Association back beginning around ten years ago was tie performance to pay in a closer way and I think that’s what you see with shorter contracts.”

And while shorter contracts were something the league was good with, there is one thing that Silver doesn’t want to see.

“So, the data shows that superstars moving isn’t necessarily a bad thing because it allows bad situations to, in an orderly way, to change,” Silver said. “It gives teams that may not be in a competitive position hope that they can sign one of those players but shorter contracts to me is something very different and free agents moving at the end of contracts is different than what we just saw where you have players actively seeking to move while they’re under contract. The data is clear on that. That’s not good for the league.”