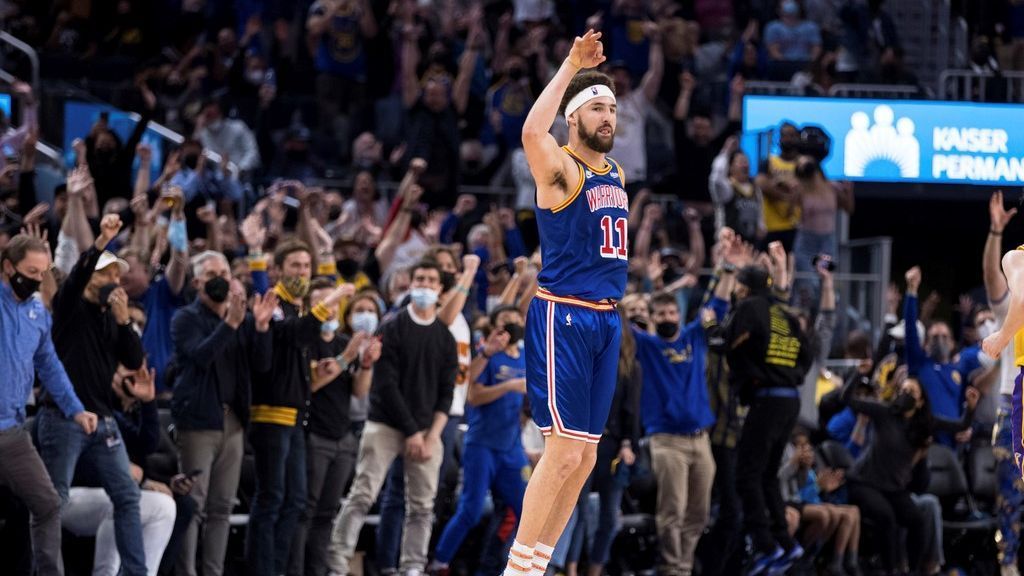 SAN FRANCISCO — The final stretch of the Golden State Warriors‘ Saturday night game against the Los Angeles Lakers felt eerily similar to the game they played against the New York Knicks just two days before.

The Warriors were having trouble with the Lakers’ size. There was too much ball-watching. Their execution was poor.

But there was a major, game-changing difference. After missing the shot that would have sent their game against the Knicks to overtime, Klay Thompson came out as a flamethrower through the final quarter in Saturday’s 117-115 win, scoring 16 points in the final frame alone. That’s the most he’s scored in a single quarter since 2018.

“After not feeling that feeling for a few years, don’t take a 30-ball lightly in this league,” Thompson said.

“I know that is always in me, but these things happen naturally. I can’t — If I can play to do that every fourth quarter, I would. It’s not the game of ball. It’s the flow of the game. Great things happen with time.”

Thompson was visibly upset after missing that midrange shot Thursday night against New York. He called it the perfect shot. That alone was enough fuel to get him going against L.A. But then there was also that added boost from facing the Lakers.

“I always get excited to play the Lakers,” Thompson said after Thursday’s game. “Some of my best memories of life are just going with my dad [former Lakers center and current broadcaster Mychal Thompson] when I was in high school, sitting with him in his booth and watching him call the games. Watching Kobe play. It’s always awesome playing your hometown team.”

Thompson had a perfectly fine night for three quarters of the game. He got going in the third but was pulled because of his minute restriction. But when he checked back in with 6:25 in the game, he took it up a notch.

Three seconds after checking in, Avery Bradley deflected the ball and sent it perfectly to Thompson. He knocked down the 17-footer to the Warriors within two. He ran the floor and got a defensive rebound. Then on the other end, he hit the jumper to tie the game.

“[He was] phenomenal,” Warriors coach Steve Kerr said. “Just took one the game at a time when we desperately needed him. With our offense kind of struggling to found a groove and he got hot and took over the game.”

In addition to Thompson’s offense, he resembled the two-way player he was before his injuries, holding the Lakers to 1-of-6 shooting when he was the primary defender.

His performance on Saturday is just the latest sign to the Warriors that Thompson is steadily coming back into form. Since his minute-restriction got bumped up to 30 last week, Thompson’s groove and rhythm in games have been more fluid.

Him turning on the heater in the fourth against the Lakers was just another step in forward.

“It’s still early in his comeback but every night is a step in the right direction,” Stephen Curry said. “To have that energy, that confidence in himself, nothing else matters in that moment.”

“It was really inspiring for myself,” Thompson said. “There were so many long days in this building, so many long days doing those tedious things. That is something that I wasn’t used to prior due to my ability to play nightly. Now that I am able to do that, it inspires me to keep going. I am not satisfied. It felt really freaking good, though.”