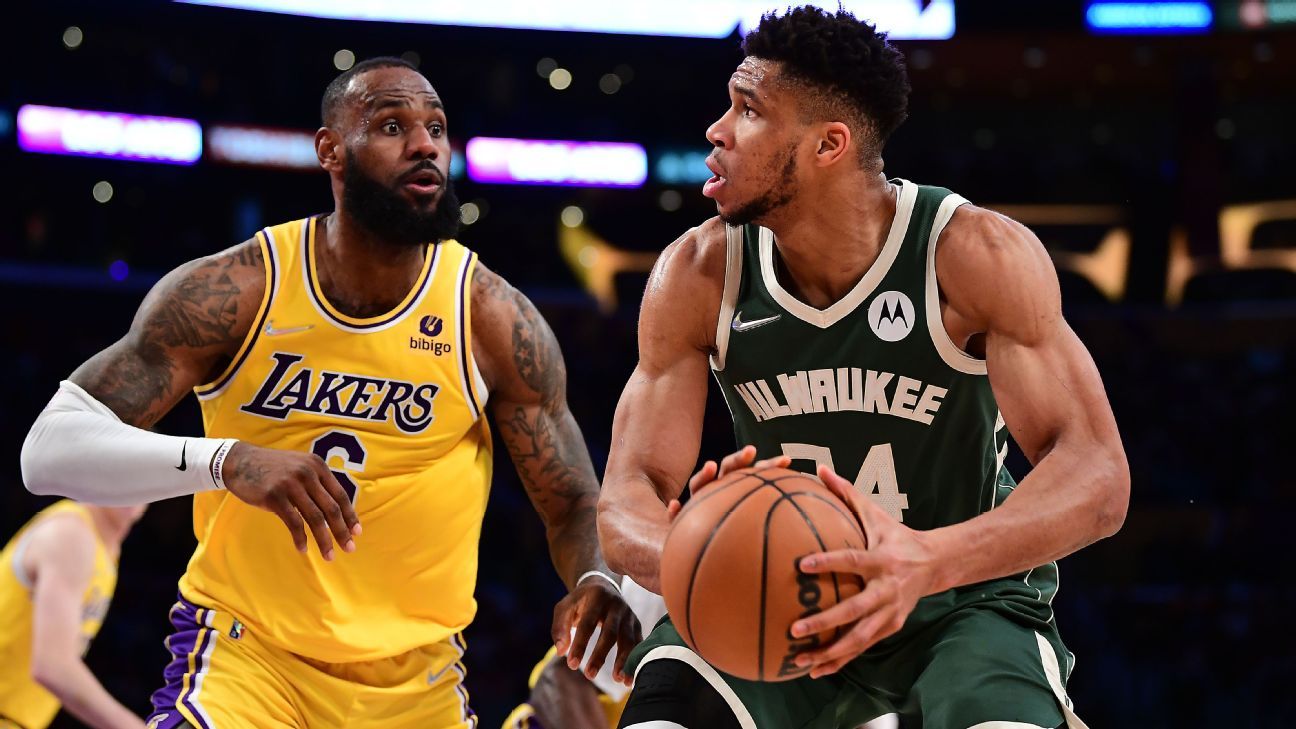 LOS ANGELES — A troubling loss to the defending champion Milwaukee Bucks on Tuesday night led to an uneasy admission within the Los Angeles Lakers‘ locker room: The roster is not working, and something must be done to get the team back on course with Thursday’s trade deadline fast approaching.

The suspicion had been mounting for weeks, if not months, for a Lakers team built with a title in mind, sources told ESPN. Thrashing along at 26-29 following the 131-116 loss to the Bucks, the clarity of the acknowledgment was tied to timing, sources said.

L.A. trailed the Bucks by as many as 30 points as two-time MVP Giannis Antetokounmpo started 11-for-11 from the field en route to a dominant 44-point, 14-rebound, 8-assist, 2-block night.

“It tells me we ain’t on their level,” LeBron James said flatly when asked if the loss revealed anything about where the Lakers were at. “I mean, I could have told you that before the game.”

Indeed, when asked about the showdown with Milwaukee following Monday’s practice, James didn’t shy away from the massive gap between the Bucks (35-21) and L.A.

“Obviously you always kind of use games to see where you are at that moment. But we know where we are at this moment: sitting at a couple, few games under .500,” he said. “Haven’t played the basketball that we’d like to play.”

The brief period of time that L.A. did play up to the level it aspires to came in the fourth quarter with Russell Westbrook on the bench.

Lakers coach Frank Vogel, for the second game in a row and third time this season, pulled the point guard down the stretch. Westbrook was subbed out with two minutes, 34 seconds remaining in the third quarter against the Bucks and did not get back in the game.

L.A. outscored Milwaukee 37-28 from that point and for a brief moment, following a Malik Monk dunk with five minutes and five seconds left in the fourth, cut the lead to 10.

The Lakers eventually waved the white towel with 27.3 seconds remaining, down by 15, when Vogel subbed out James and Anthony Davis.

As a Bucks shot clock violation briefly paused the clock with 3.3 seconds left and James and Davis sat next to each other on the Lakers’ bench, Westbrook — with a big smile on his face — greeted L.A.’s captains with pats on their shoulders and taps on the backs of their heads, while the pair appeared to make minimal eye contact with him.

James was asked about the exchange.

Westbrook, who openly accepted Vogel’s decision not to play him in overtime on Saturday against the New York Knicks because the Lakers won the game, did not sing the same tune on Tuesday.

“I shouldn’t have to hit any benchmark, to be honest,” Westbrook said when asked what he should have to do throughout the course of a game to earn playing time in crunch time. “I’ve put a lot of work and I’ve got a lot of respect in this game. I don’t got to hit a benchmark, or I shouldn’t have to. I’ve earned a right to be in closing lineups.”

Westbrook, when asked what has ailed the Lakers this season, said the “No. 1 thing” to correct would be “creating some consistency within our team, which we don’t have at the moment.”

Tuesday marked the Lakers’ 27th different starting lineup in their 55th game. It was just the 18th time that James, Davis and Westbrook all played together.

While L.A. is 10-8 in those games, standing pat and hoping that winning percentage improves to finish the season strong is not seen as a viable option by players on the team, sources told ESPN.

It remains to be seen what L.A. can accomplish on the trade market with the players it has. Outside of the Lakers’ Big Three, every player on the roster is signed to a minimum deal other than Talen Horton-Tucker (in the first year of a three-year, $30.3 million deal) and Kendrick Nunn (in the first year of a two-year, $10.3 million deal with a player option for the second year).

James had a hand in L.A.’s roster construction in the offseason, consulting with Lakers vice president of basketball operations and general manager Rob Pelinka on everything from the Westbrook trade with the Washington Wizards to free-agent signings, sources told ESPN. Pelinka will continue to collaborate with James leading up to the deadline in an attempt to improve the Lakers’ chances of a deep run this season, sources told ESPN.

While there is urgency on the Lakers’ end, it doesn’t mean that intent can up the appeal of what they have to offer other teams, however.

Added Davis: “I don’t think we’ve given up on this. I know we haven’t. I don’t think — I know we haven’t. Like Bron said, we got a lot of basketball left. We can turn this around, but it’s going to take a lot of work. To do it, it’s going to take us as a team, collectively to do so. We got to buy in. We just got to, everyone go out there and play for each other. Play hard. Play selfless. And try to turn this around before it gets really bad.”