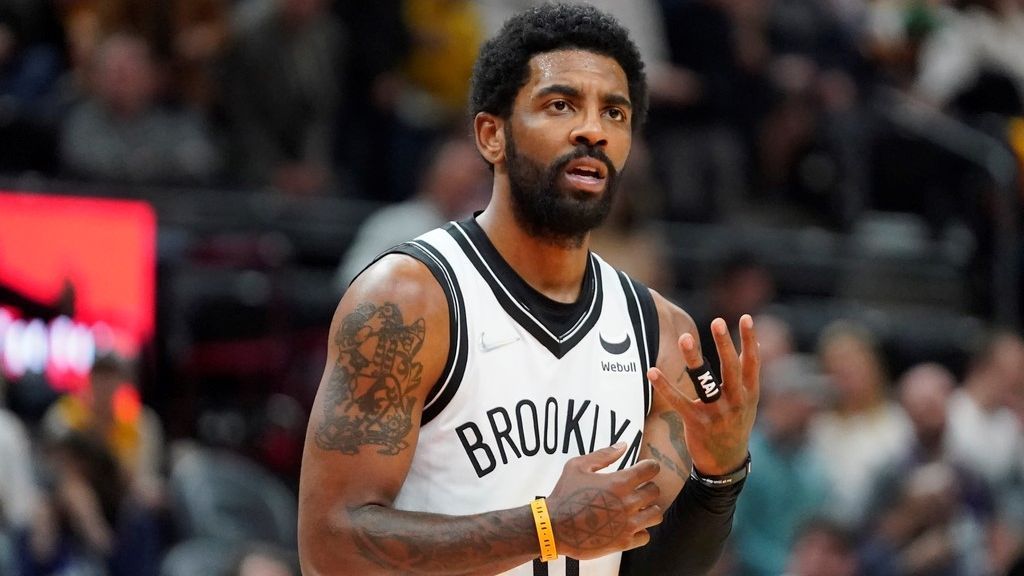 SALT LAKE CITY — Brooklyn Nets guard Kyrie Irving doesn’t want his team getting too down on itself despite the fact it has now dropped a season-high seven straight games after an embarrassing 125-102 loss to the Utah Jazz on Friday night.

As the losses pile up, skepticism around the league grows about whether the Nets can reach the championship potential many thought they could achieve before the season began — but Irving wants his beleaguered group to focus on what’s still ahead.

“It’s really just where we are, facing reality, that we’re not winning ballgames right now,” Irving said after the game. “And we got to kind of get out of that hole with just one win and then start a new streak from that point. But no time to feel like our season is in doomsday or we need to push the panic button at all points, but we have to face reality that a lot of guys, a lot of my teammates, we’re still getting to know one another, how we play, what’s our spots, offensive and defensive tendencies.

“And then communication. Knowing that we can get on guys and guys love to be coached. And it’s not just from the head coach or the assistants but really just from us as teammates. Trusting that we have the experience to win basketball games.”

The Nets have dealt with a variety of issues throughout the season — and continue to deal with injuries as Kevin Durant (sprained MCL), Joe Harris (ankle surgery) and LaMarcus Aldridge (sprained ankle) remain out for the foreseeable future. All-Star James Harden was scratched from the Friday game with a recurring hamstring issue and Irving remains a part-time player this year because he is not vaccinated against COVID-19 and cannot play in home games because of the New York City vaccination mandate.

Despite all the problems, Irving remains optimistic that the Nets eventually will be able to turn things around as they continue to learn more about one another.

“Building championship habits takes time,” Irving said. “And time is not necessarily always on our side. I don’t know what game this is for me, so I’m still just getting used to being in this flow of everything right now, still being in an observant place. But building championship habits is staying resilient and knowing that there’s another level to push to when you’re tired and you have all the excuses in the world and you just continue on. You don’t hold your head or anything like that.”

After over a decade in the league, and with a championship under his belt, Irving remains focused on getting the group to play better together as it waits for Durant and Harden to get healthy.

“Myself alone, I can’t do it,” Irving said. “It’s always going to be about the collective unit. And how we feel good about being close as a team and then going out there and playing basketball, which is supposed to be fun. But when you’re losing and it’s a win-first league and a win-only league and you get judged by wins and statistics and how well you put a streak together … and how consistent you are, then the spot we’re in is going to look like it’s far worse than what it is.

“But being in this league for as long as I have been for 11 years, I’ve seen ups and downs, experiences, and we just got to trust that we have the group regardless of who’s in or out of the lineup to be able to put a 48-minute game together.”

Nets coach Steve Nash echoed that positivity as he commended his team for continuing to fight until the end despite the lopsided score.

“A tough game,” Nash said. “I felt for the guys. I was really proud of them for keeping their spirit the whole game. We’re going through a tough stretch, we’re undermanned and we’re asking guys to do more — and played against an excellent offensive team, an excellent team overall, in general. So you could get into all sorts of details of what went wrong, but the reality is they’re a very good team, played very good basketball, made shots and our guys stayed together and fought through it. So I’m proud of them for that.”

Irving, who has only played in 10 games this year after coming back Jan. 5, remains steadfast in his belief that better days are ahead for himself and his team.

“I don’t feel like I’m close to where I want to be personally,” Irving said. “I have mountain-high expectations for myself, but right now I feel like with our personnel, if I’m not shooting well or I’m not playing well or we don’t have the same production from guys that we’re used to getting it from, it’s going to be a tough night. And I don’t want that to be kind of the note on our team, that we trap these guys, we get it out of their hands, and we have it in the bag.

“I want all our guys to feel confident, everybody works hard on their game. Everybody has their confidence to be able to make an impact and we just got to keep that forward-facing mentality in that side.”