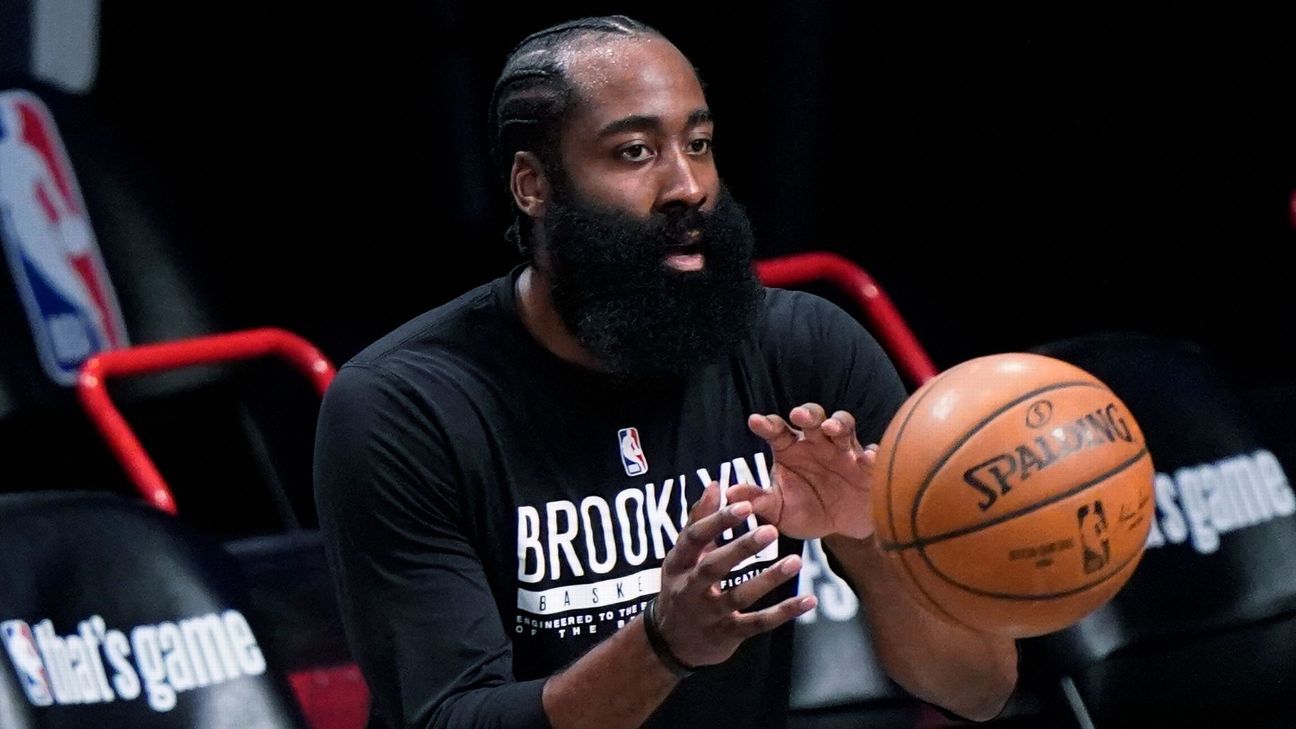 PHOENIX — James Harden (right hand strain) went through all of the Brooklyn Nets‘ shootaround Tuesday and has been upgraded to probable for the game Tuesday night against the Phoenix Suns.

“I think he’s feeling less irritation,” Nets coach Steve Nash said after the shootaround. “So the inflammation’s come down. Therefore, the irritation is much better, and he feels like he’s functioning well, so we’re very hopeful.”

Nash said that Harden went through all of the Monday practice and the Tuesday shootaround but that they want to see how he warms up before the game before making a final decision.

As for Nets big man LaMarcus Aldridge (sprained left ankle), the news isn’t as good. An MRI on Monday confirmed the sprain, and Nash said the center would be out at least another week.

“LaMarcus will be out the rest of the trip,” Nash said. “He’s got a little sprain. So we’ll reevaluate him after the trip.”

Nash was hopeful that the Nets would see Aldridge again before the All-Star break. The Nets have 10 more games before the break.

“Hopefully we’ll see them before then,” Nash said. “But I couldn’t guarantee it. But I’m not there yet.”

Nash said after practice Monday that Nets star Kevin Durant (sprained MCL) is progressing in his rehab but that there is still no timeline for his return. ESPN’s Adrian Wojnarowski reported initially after the injury that there was optimism within the Brooklyn organization that Durant would be out only four to six weeks.

“I think he’s still on the same course,” Nash said. “Improving. But we don’t have any timelines or anything like that. But he’s going in the right direction, clearly.”

The same cannot be said for guard Joe Harris, who remains out after ankle surgery. Harris was supposed to be out somewhere between four and eight weeks after surgery in late November, but Nash acknowledged last week that Harris has had some “setbacks” in his rehab.

“No update on Joe,” Nash said after practice Monday. “He’s still doing his rehab and progressing, but nothing to report.”