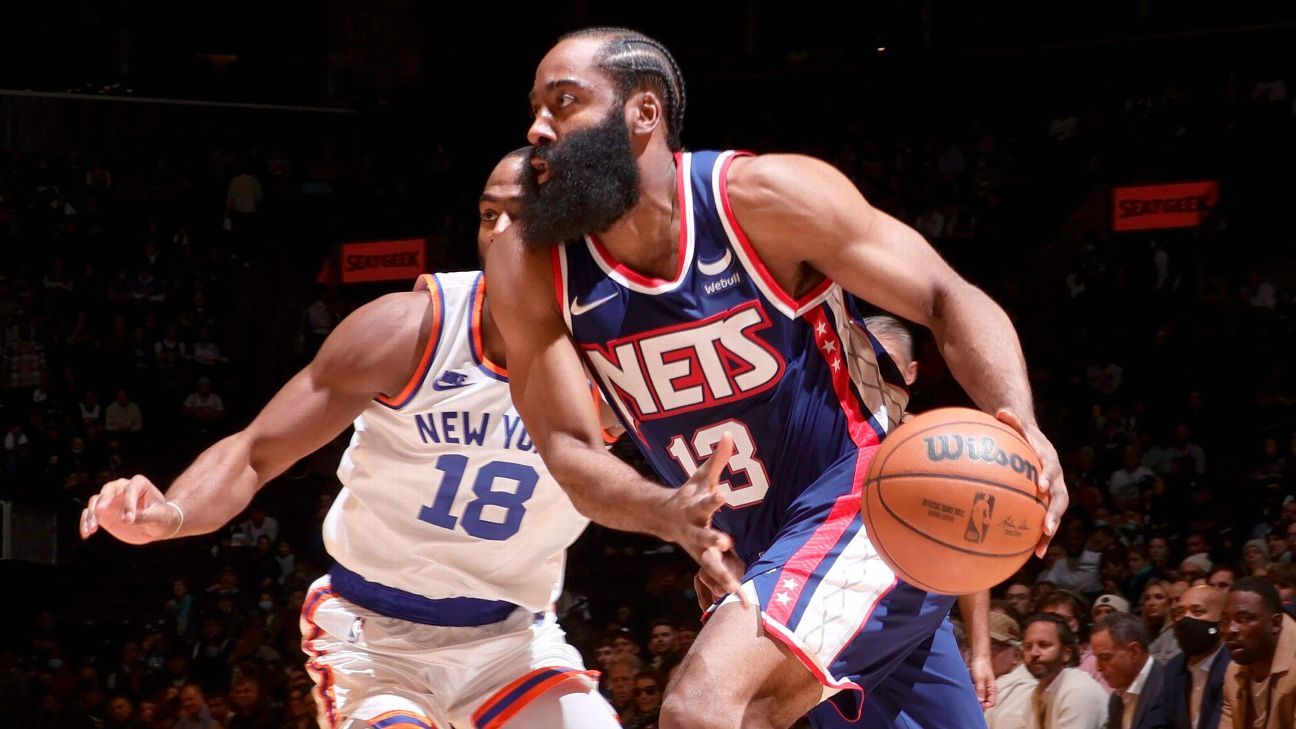 PORTLAND, Ore. — Brooklyn Nets guard James Harden will not play Monday night against the Portland Trail Blazers because of a left knee hyperextension, the team announced.

Nets coach Steve Nash said after Sunday’s 121-119 overtime win over the San Antonio Spurs that both Harden and star forward Kevin Durant wanted to play in Monday’s game, which was rescheduled from a Dec. 23 postponement because of a COVID-19 outbreak on the Nets’ roster.

Harden played 44 minutes in Sunday’s game and is averaging 38.6 minutes per game so far this month. Durant noted that part of the reason he wanted to play, even after a cross-country flight on the second night of a back-to-back, is so he can continue building “chemistry” with guard Kyrie Irving.

Irving, who is not vaccinated against COVID-19, returned to the lineup last week in a Jan. 5 win over the Indiana Pacers, but is still not able to play in home games because of the vaccination mandate in New York City.